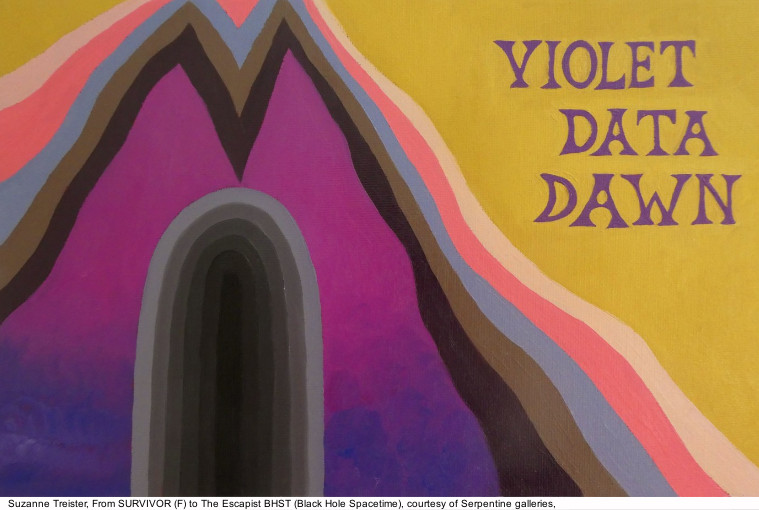 Together, these works reconsider established realities, knowledges and networks through psychedelic speculation. The Escapist BHST (Black Hole Spacetime) can be simultaneously accessed via a ring of AR portals located in the sky.

The Escapist BHST (Black Hole Spacetime) as a commission exists in multiple forms: a comic strip and series of black-hole portals, as well as new paintings, diagrams and watercolours. The work transforms numerous ways of knowing the world and organising intelligence, such as the diagrammatic Kabbalah Tree of Life which is reimagined as the Museum of Black Hole Spacetime with ten black holes, event horizons and interdimensional pathways, that combines the ecstatic state of the mystical with the agnostic and iterative nature of the scientific. The black hole itself is the most enigmatic of cosmic entities; little understood in scientific research (only recently was it represented for the first time through a networked telescopic photographic image), it is perhaps the most mythologised.

The Escapist BHST (Black Hole Spacetime) began with Treister’s research into the holographic principle that developed out of HFT The Gardener, another expansive project from 2014–15 where Treister tells the story of a high-frequency trader (HFT) who explores the psychoactive plants, and subsequent research undertaken at CERN as part of the COLLIDE award and residency.

In Treister’s subsequent work, The Holographic Universe Theory of Art History, she proposes that the universe is a vast hologram and that artistic practices throughout human history have been unconscious attempts by artists to understand the holographic nature of our existence. This work provided the initial steps towards explorations of the inconceivable properties of black holes as a form of paranormal phenomenon and the beautiful journey through the possibilities of interdimensional time-travel, consciousness and the singularity. 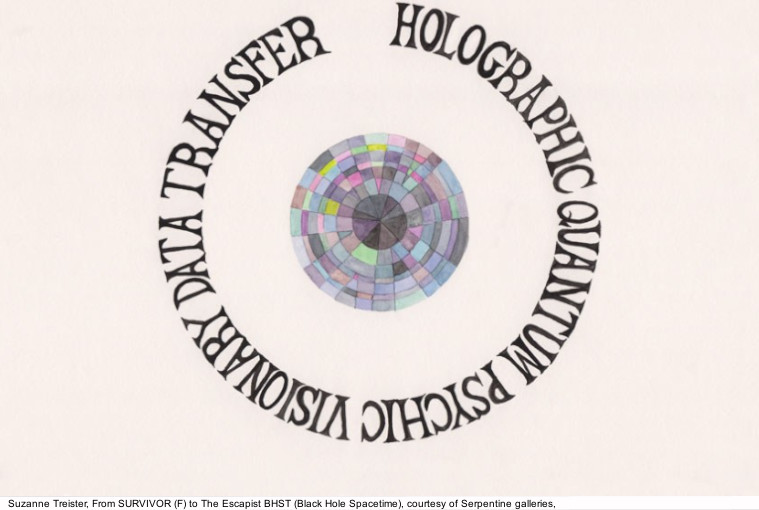 In web AR The Escapist BHST (Black Hole Spacetime) is a navigation tool for interdimensional travel and the archive of The Escapist located in the Museum of Black Hole Spacetime somewhere in outer space. With a mobile device visit https://theescapist.serpentinegalleries.org to view in augmented reality. Upon entering the first Universe the user discovers eight portals in the sky. Each of these may be downloaded and set as desktop images or wallpapers on computer screens, tablets and phones.