This Earth Day, Garage Museum of Contemporary Art in Moscow is pleased to announce highlights from its upcoming show The Coming World: Ecology as the New Politics 2030–2100, which marks the first major exhibition in Russia to explore the subjects of ecology and the environment.

The Coming World: Ecology as the New Politics 2030–2100 is an ambitious project that brings together works by over 50 artists and will occupy the entirety of the museum’s Rem Koolhaas-designed home in Gorky Park. It explores the future, already in the making, that awaits us: a future where questions of ecology will top political agendas. 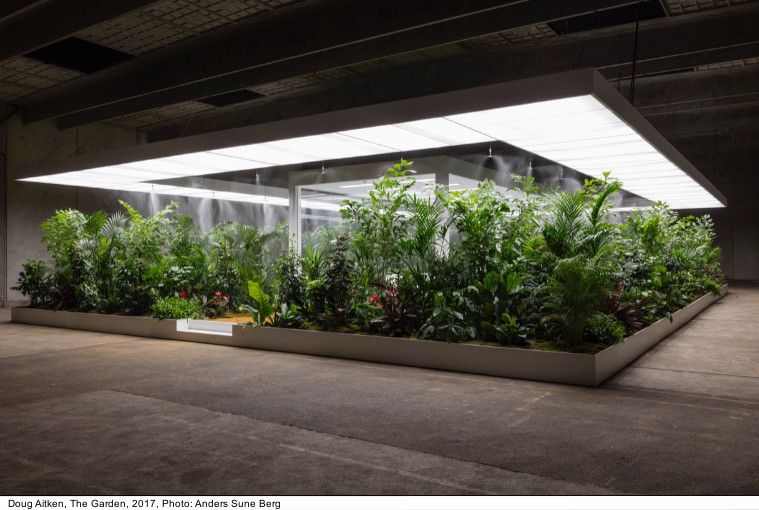 The title alludes to a time period between two dates, one suggested by popular science, and the other by science fiction. Some thinkers (including the noted ecologist and demographer Paul R. Ehrlich) have predicted that the Earth’s oil reserves will be depleted by 2030, and 2100 is the date by which Arthur C. Clarke, writing in the 1960s, predicted humanity would inhabit other star systems and achieve immortality.

By looking into the speculative future, and back at predictions that are no longer considered accurate, the exhibition highlights the uncertainty of our knowledge about the events to come, while at the same time suggesting a performative understanding of the future as it is being constructed today. 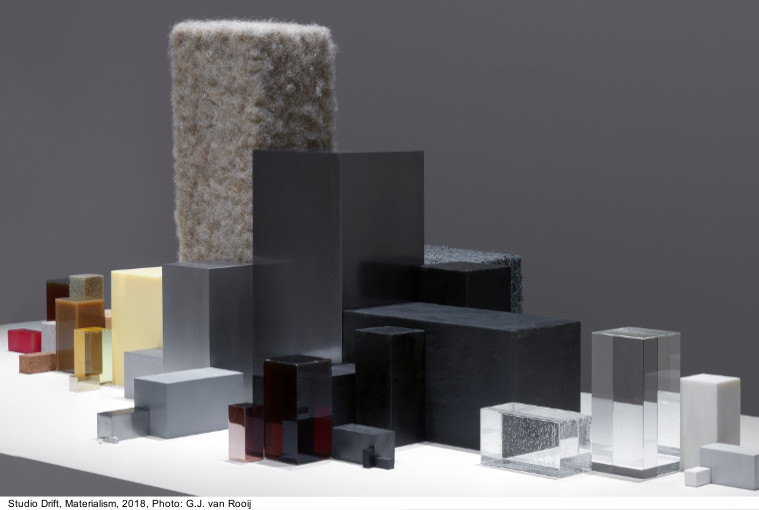 The project will open with John Akomfrah’s six-channel video installation Purple (June 15-November 17). Using archival footage and newly shot film from across several continents, the British artist has created an impressive saga about global warming and its effects on human life and the planet’s biodiversity.

The exhibition will also feature historical works that marked several turning points in humanity’s relationship with nature: from the 16th-century tapestries that for the first time presented nature as a phenomenon outside of human control to the beginning of landscape as a genre in 17th-century Dutch painting. 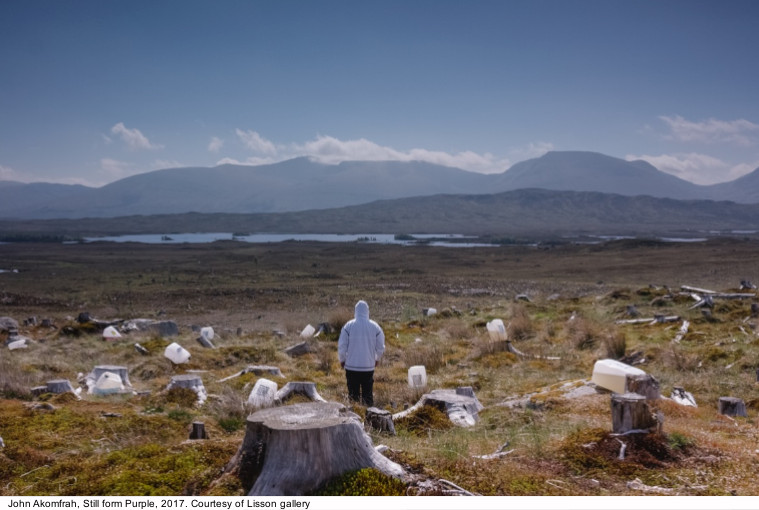 This progression also includes the “organic culture” movement within the Russian avant-garde and the invention of land art in 1969, which made nature itself an artistic medium. The emergence of land art coincided with a surge in interest in environmental protection, leading to the development of ecological policies.

In the half-century that followed, art went through various stages in its relationship with ecology: from objectivization to seeing it as a system (Hans Haacke’s Circulation), and from irony (Gnezdo Group’s A Minute of Not Breathing to Protect the Environment) to practical solutions for everyday life, such as those suggested by the Danish collective Wooloo.

The exhibition has been developed in dialogue with artists and activists and rethinks exhibition practice from an ecological point of view. The exhibition’s design makes an effort to be green by reusing structures and materials from previous projects at Garage. Much of the work in the show by Doug Aitken, Critical Art Ensemble, Martha Rosler and Tita Salina will be made or reconstructed on-site according to the artists’ instructions, which reduces the projects’ carbon footprints. 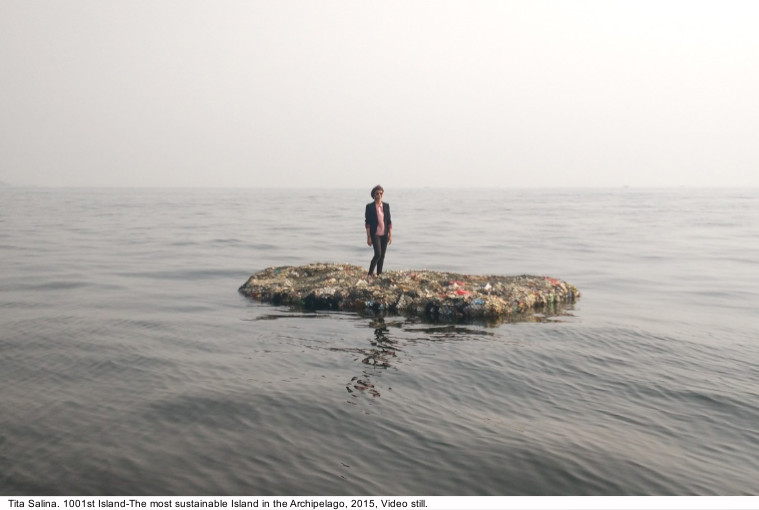 Around 15 pieces will be produced specially for the exhibition. Other projects will present artistic strategies that involve direct social action, such Wooloo’s open community Human Hotel. Committed to the ideals of responsible consumption, the project team chose not to produce a paper exhibition guide for The Coming World, opting instead for an e-catalogue, mobile and audio guides for the exhibition, and a video dictionary of environmental terms in Russian Sign Language developed by the Department of Museum’s Inclusive Programs Department.ig

The museum’s atrium will host giant cockroaches in Huang Yong Ping’s Atrium Commission, which references the Kitchen Debate between U.S. Vice President Richard Nixon and Soviet First Secretary Nikita Khrushchev at the American National Exhibition in Moscow in 1959. Other large-scale, immersive installations in the exhibition include Doug Aitken’s The Garden, Rimini Protokoll’s WIN><WIN, and Could You Pass Me the Salt, Please? by Anastasia Potemkina.

Norwegian artist Tori Wrånes will present a site-specific performance as part of Garage Live at the opening of the exhibition. The emphasis on performance-based works in The Coming World (Sun Yuan & Pengyu, Hayden Fowler, Mella Jaarsma) is an attempt to bring out a more lived and felt experience of the world in relation to new notions of the “natural.” 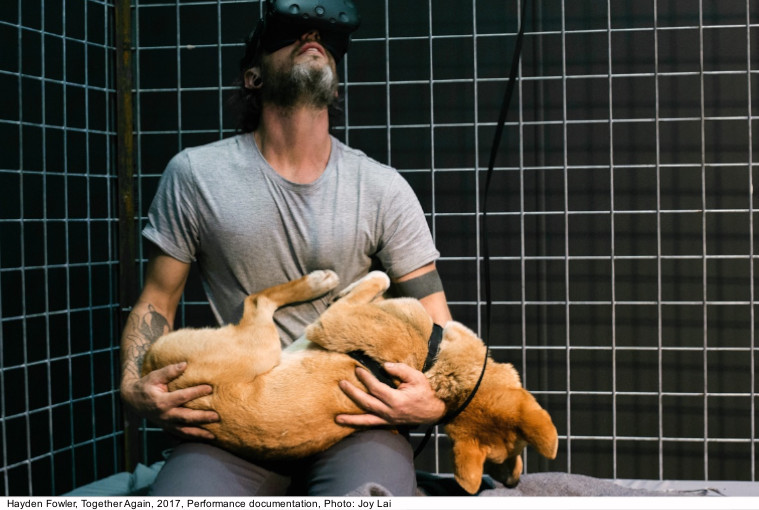 The show will also be accompanied by an important new Garage Square commission, Graft, by Allora & Calzadilla, just outside the building. Graft is a boundary-transcending installation that uses poetry and science to provoke a subtle yet powerful visualization of the ecological crisis that we must all confront.

Visitors to Garage Square will encounter a simulated blooming of Roble Amarillo trees (Tabebuia chrysantha), a common native species in the Caribbean. Thousands of artificial blossoms will remain scattered across Garage Square throughout the summer and winter as an enduring reminder of the increasingly rapid disappearance of the planet’s biodiversity. 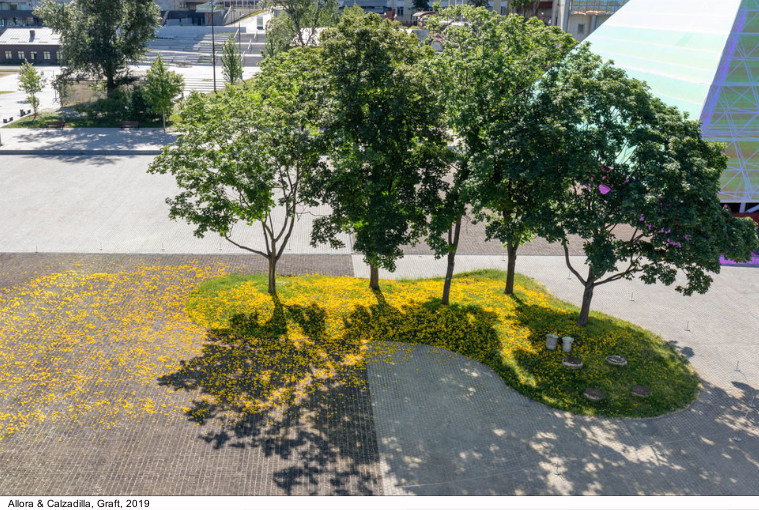 The Coming World: Ecology as the New Politics 2030–2100 is curated by Snejana Krasteva and Ekaterina Lazareva. John Akomfrah’s installation Purple was commissioned by the Barbican (London) and co-commissioned by Bildmuseet Umeå (Sweden), TBA21—Academy (Vienna), The Institute of Contemporary Art (Boston), Museu Coleção Berardo (Lisbon), and Garage Museum of Contemporary Art.