A monumental three-channel video installation called Undesirable bodies immerses the viewer in an oasis in Western Australia’s Pilbara desert. Invasive plants are the video’s main protagonists. Since being brought to this region by British colonists, several species of invasive flora, notably water lilies brought from the Kimberly region, have taken over the area’s only stable water resource, which is sacred to the Pilbara desert’s indigenous Yindjibarndi people.

The water lilies form the centerpiece of the resulting “colonial garden”, which has become a tourist attraction renowned for its picturesque beauty. Moreover, these invasive, alien plant species present a constant threat to the ecology of the land. In spite of this, the Yindjibarndi and non-indigenous rangers are trying to keep the plants under control. In capturing this de facto alien landscape, Mata Dupont makes tangible the conflicting realities and values that struggle to coexist. 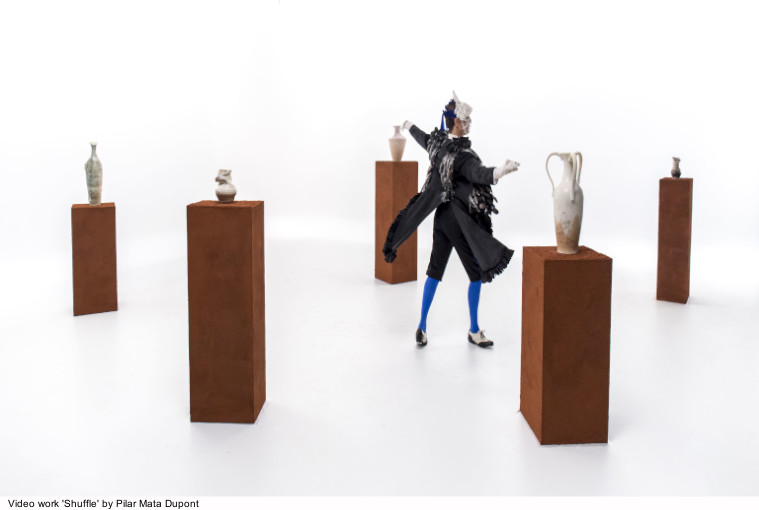 In the spectacular panoramic video Shuffle, almost 15 meters wide, Mata Dupont introduces a masked tap dancer surrounded by delicate porcelain vases on plinths of red earth. Tap dancing is inextricably entwined with histories of violence and cultural appropriation: from enforced entertainment for slave traders, it has spread worldwide through African diaspora culture, jazz, Irish stepdance, and ballet, as well as through its popularisation in white Broadway shows and cinema.

The choreography symbolises the enduring migration of cultural forms. The dancer’s growing confidence in navigating the tentative surroundings has inevitable consequences for its precarious objects.

Mata Dupont’s new work Ecological future focuses on Kew Gardens, a botanical garden in London. In the nineteenth century, these botanical gardens represented the nerve centre of the British Empire: it was the place where plants from the entire empire were primarily studied for their commercial applications.

Today, these same gardens house the world’s largest seed bank, conserving the most endangered wild plants for future use. Mata Dupont transports us into this botanical world through an adaption of Virginia Woolf’s short story “Kew Gardens”, in which Londoners wander through the gardens in a dreamy state of semi-consciousness.

The Argentinean-Australian artist Pilar Mata Dupont came to the Netherlands for her master’s degree at the Dutch Art Institute in Arnhem and then relocated to Rotterdam. In Australia, she studied Fine Art as well as Music Theatre. 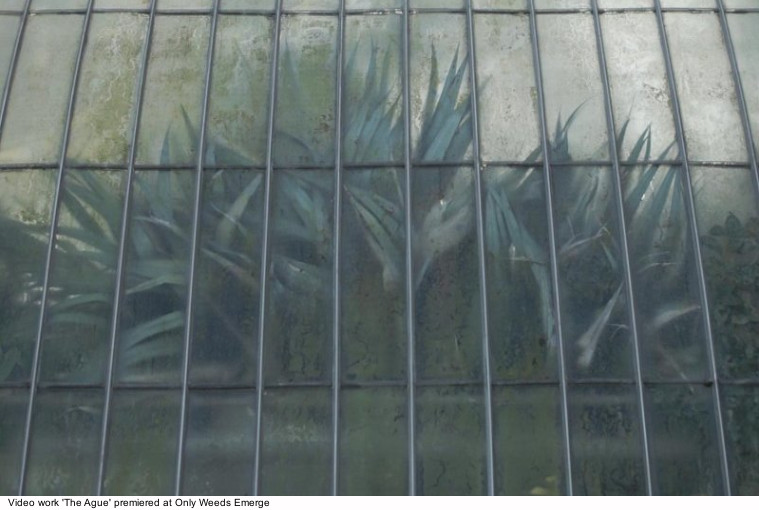 Her work can be regularly seen at prominent cultural venues in Australia and is also represented in various museum collections. In Europe, her work has been exhibited in London, Paris, Stuttgart, Copenhagen, Oslo, and Kiev.