Jenna Sutela’s exhibition “NO NO NSE NSE”: the limits of human-created language

Jenna Sutela’s exhibition NO NO NSE NSE at Kunsthall Trondheim is the artist’s first major institutional solo show. Through Sutela’s latest series of works, including newly commissioned photograms developed specifically for this occasion, the exhibition explores artificial intelligence and in particular the relation between randomness and control in organic and inorganic systems.

Science fiction is a recurring theme in Sutela’s work. So is the quest to go beyond the limits of human-created language, both by delving into artificial intelligence and machine learning, and by turning towards technologies as shamanistic devices or possible mediums to channel alien semantics. 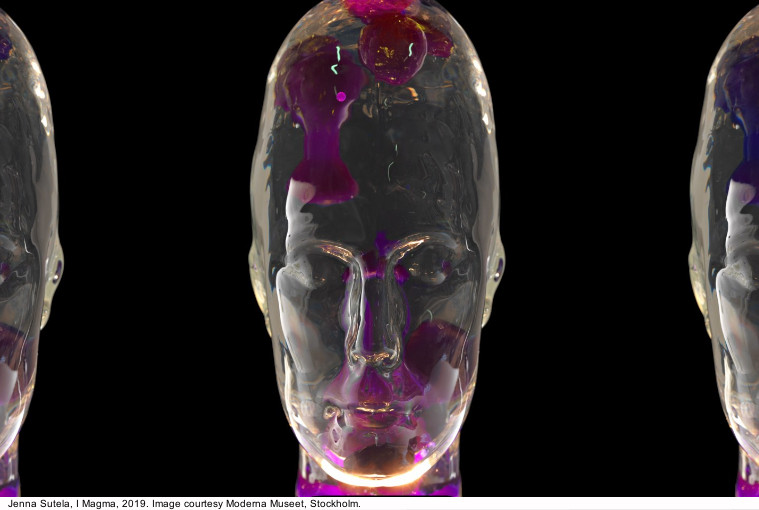 Sutela’s work urges us to consider other, nonhuman, species as intelligent beings, such as the Physarum polycephalum slime mold. This single-celled yet “many-headed” organism is known as a natural computer. It is used, among others, to study complex human infrastructures such as the Tokyo railway network. Sutela proposes her work with slime molds as a model against anthropocentric hierarchies, to point instead to decentralized organization and a deep connectivity of consciousness and the material world.

The exhibition features Sutela’s experiments with inserting fermenting foods into the “guts” of a computer to generate unforeseeable reactions. Her work I Magma revisits the history of using lava lamps as random number generators and looks for patterns, signs and meaning in the moving blobs of liquid color in a mobile app. Sutela’s lava lamps are made in the shape of her own head. For Kunsthall Trondheim, she produced new photograms based on these neuroplastic portraits. 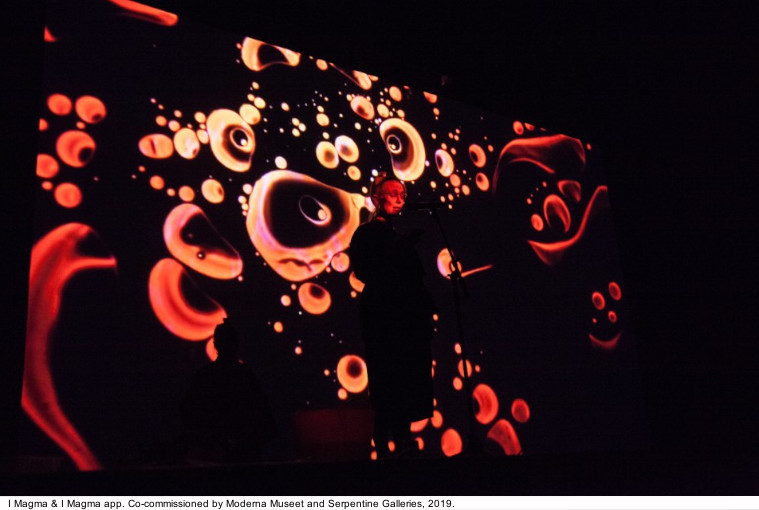 NO NO NSE NSE invites viewers to approach machines not as models or expansions of the human mind, but on their very own terms.