“Broken Symmetries”: an exhibition challenging the notion of reality

Broken Symmetries is an international exhibition of new artworks exploring the ways in which artists and scientists are working together to uncover the hidden aspects of our world. This major co-production is a partnership with Arts at CERN (the arts program of the largest particle physics laboratory in the world), FACT, Liverpool, and three other international art organisations: CCCB, Barcelona; Le Lieu Unique, Nantes; and iMAL, Brussels.

The show – which features ten new commissions by international artists working between the fields of art and science – opens at FACT, Liverpool in November 2018 before touring to Spain, France and Brussels. Broken Symmetries brings together artists who aim to understand and question the physical world by navigating the shifting realities of modern science.

The artworks in Broken Symmetries rethink scientific facts by performing or interrogating theories and experiments: uncovering and challenging the very notion of reality and how we arrive at something as ‘fact’, with implications far beyond the domain of science. These new works question how much is certain about the world around us, and how we might attempt to discover new aspects by looking at the world differently. 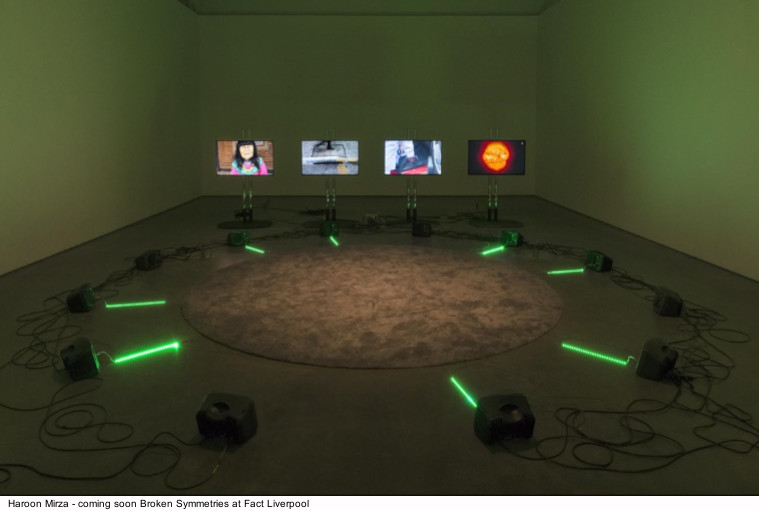 Thanks to the technological and scientific breakthroughs of the last hundred years we are now more able than ever to understand and interpret the hidden nature of the universe which govern our existence. This bleeding edge of inquiry into existence has long served as an inspiration to many artists, who use and get inspired by scientific research to better explore states of being, experimentation, and alternative possibilities of reality.

In recent years, CERN –the largest particle physics laboratory in the world– has been at the forefront of creating novel models for collaboration between arts and science. By uniting these practices, new questions and connections are raised that may contribute to the understanding of the hidden world, and the impact it has on our lives.

Mike Stubbs, Artistic Director of FACT says: “Now more than ever, it is of increasing importance that we understand the world around us is not as it seems. Comprehending how much of our existence relies upon shifting narratives has long been a pursuit of scientists and artists – but in uncertain times, society as a whole should embrace the importance of the unknown, accepting alternative approaches to uncovering reality and truth.

Within this pursuit, interdisciplinary working, something at the heart of both Arts at CERN and FACT’s ethos, is vital, and we are thrilled to partner on a project which celebrates and showcases international collaborations. The last three years have seen some of the most exciting artists working with science engage with the programme, creating works in which some of the most urgent political and philosophical questions of our time collide with the forefront of scientific inquiry.” 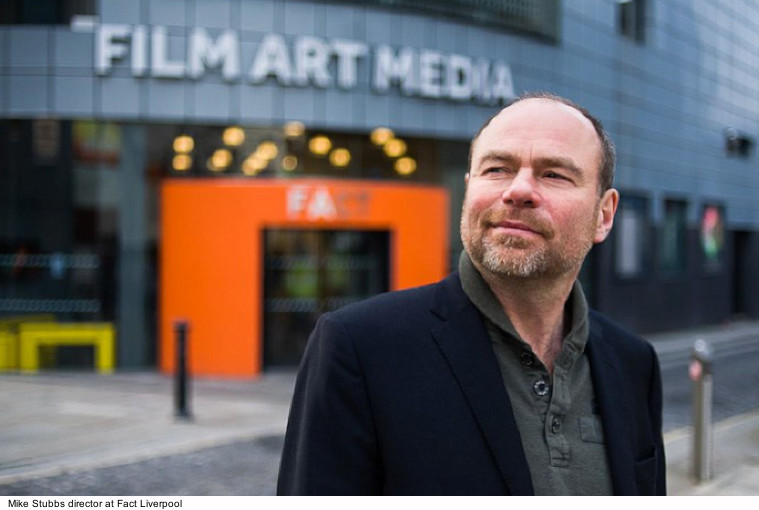 Looking at the reality of such encounters, new exhibition, Broken Symmetries is the latest outcome of the Collide International Residency award: one of the core programmes of Arts at CERN since 2011 and a collaboration with FACT, Liverpool since 2016. The exhibition presents some of the work undertaken within this programme, showcasing artworks developed in residence between Arts at CERN and FACT over the last three years.

This year’s winner, Suzanne Treister, has developed a major new work which takes as a starting point the idea that our universe can be thought of as a vast and complex hologram – a theory also currently being explored at CERN. She comments: “My project, The Holographic Universe Theory of Art History (THUTOAH), further hypothesizes that beyond acknowledged art historical contexts and imperatives artists may have always also been unconsciously describing the holographic nature of reality. 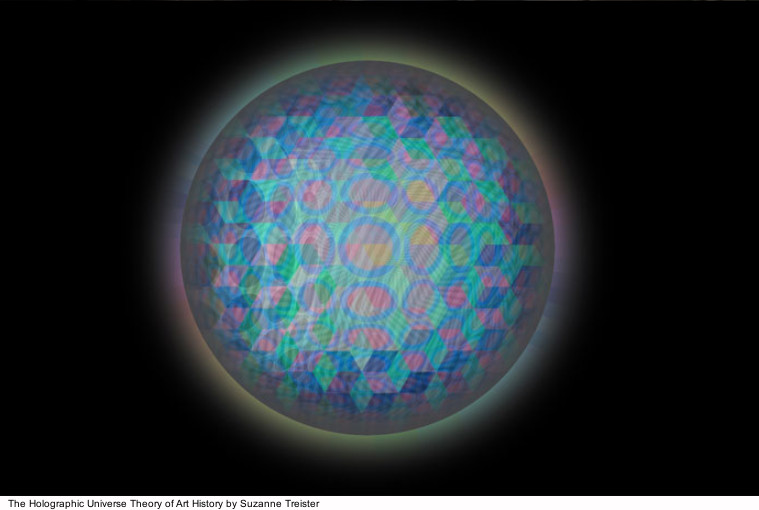 At CERN I interviewed several theoretical particle physicists and found them largely in agreement with this theory. They were also happy to make artworks visualizing the holographic principle. The central work of THUTOAH is an experimental video which tests my theory: echoing the methodology of the Large Hadron Collider (LHC) at CERN it accelerates the whole of art history into several minutes, projecting over 25,000 works chronologically at 25 images-per-second in a looped sequence.“

Curated by Mónica Bello and José-Carlos Mariátegui, Broken Symmetries brings together the ten commissions by these international artists, creatively exploring the complex notions of current fundamental scientific research -both its findings and processes- and in doing so, provoking new and significant dialogues within wider society.

The exhibition will be accompanied by a wide-ranging programme of events, from artist talks and curated film-screenings to symposia, live performances and workshops. These events will delve deeper into the shared investigations by scientists and artists into the fundamental nature of our world and look at the ways both fields can complement and enhance one another, even at curriculum level. Partners include CERN, the University of Liverpool, and Liverpool John Moores. 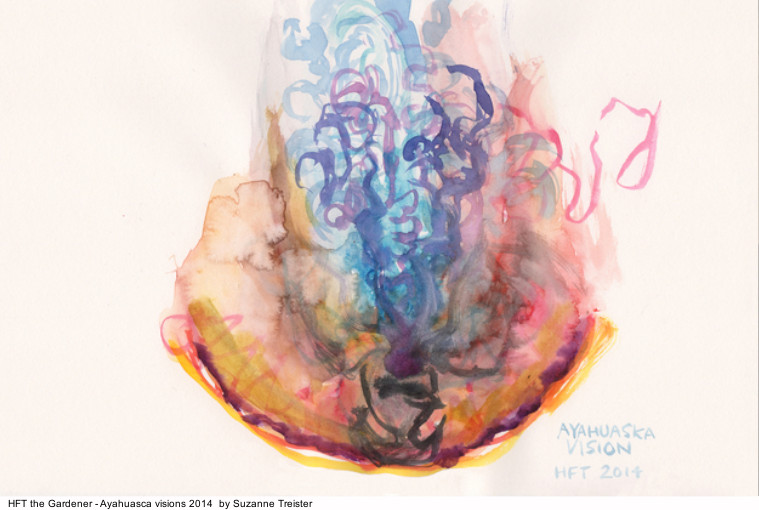 Arts at CERN is CERN’s official engagement with the arts, funded in 2011 to encourage creative connections between science, technology, and the arts. A core programme of Arts at CERN, The Collide International Award is a highly regarded opportunity for artists to spend time in one of the largest science laboratories in the world where fundamental questions are addressed. Collide is created to transform the way art and science encounters are understood, and to challenge new ways of dialogue between both fields.

The ScANNER network consists of Arts at CERN, Geneva and FACT, Liverpool; CCCB, Barcelona, iMAL, Brussels and Le Lieu Unique, Nantes. It aims to commission and produce new artworks developed through the Collide International residency Award as part of the partnership of CERN and FACT from 2016 to 2018, and present the works through an internationally touring exhibition.

CCCB, Barcelona is a space for creation, research, exhibition and debate on contemporary culture where visual arts, literature, philosophy, film, music, transmedia activity and the performing arts are interconnected in an interdisciplinary programme. 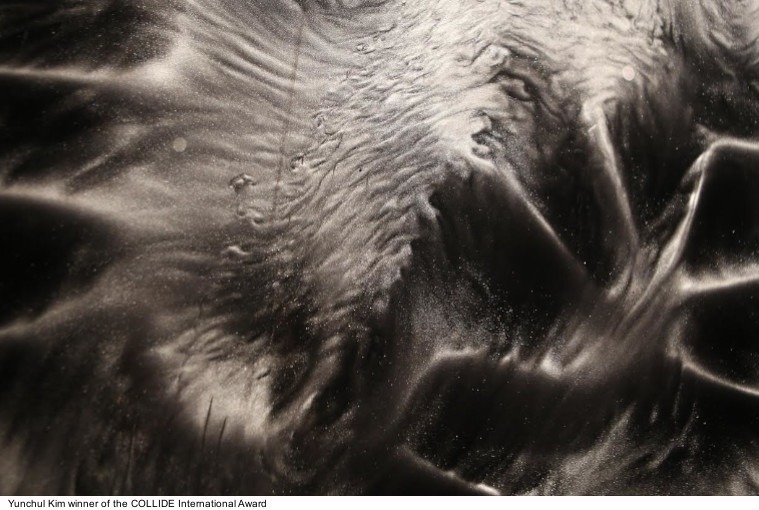 IMAL, Brussels is a meeting place for artists, scientists and creative people around Europe. It comprises an Art Centre, a Media Lab for artists to research, experiment, share and exchange with and about new technologies, and, since 2012, a “Fablab” – one of the first in the Brussels region.

Le Lieu Unique, Nantes is an atypical and multidisciplinary arts center housed in the former LU factory. Led by Patrick Gyger, this national center for contemporary arts and music is a space for artistic exploration that mixes genres, cultures and audiences.