Pace is pleased to return to its physical space with an exhibition of new works by American artist Trevor Paglen. Held both at 6 Burlington Gardens and on the gallery’s digital platform, Bloom will be presented from 10 September to 10 November 2020 and explores Paglen’s central themes of artificial intelligence, the politics of images, facial recognition technologies, and alternative futures. This is Pace’s second exhibition with the artist. It will coincide with a solo exhibition presented at The Carnegie Museum of Art, Pittsburgh (4 September 2020 – 14 March 2021). 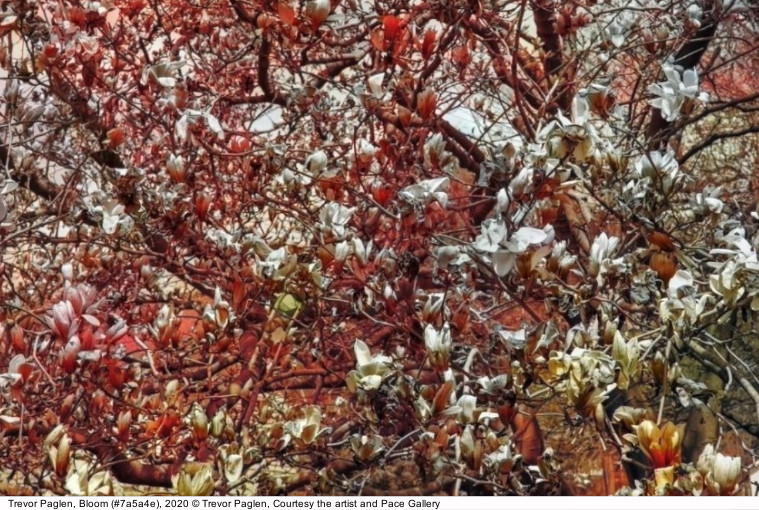 Together, the works in the exhibition recall the “Vanitas” tradition in art, in which symbolic objects such as skulls, flowers, and books remind us of mortality, the fragility of life, and the vanity of worldly pleasures. In contrast to the vanitas paintings of the 15th and 16th century, Paglen plays with these symbolic tropes, bringing them into the present day and addressing new measures of mortality in the digital era such as Zoom, AI, policing, and even such threats as COVID-19. 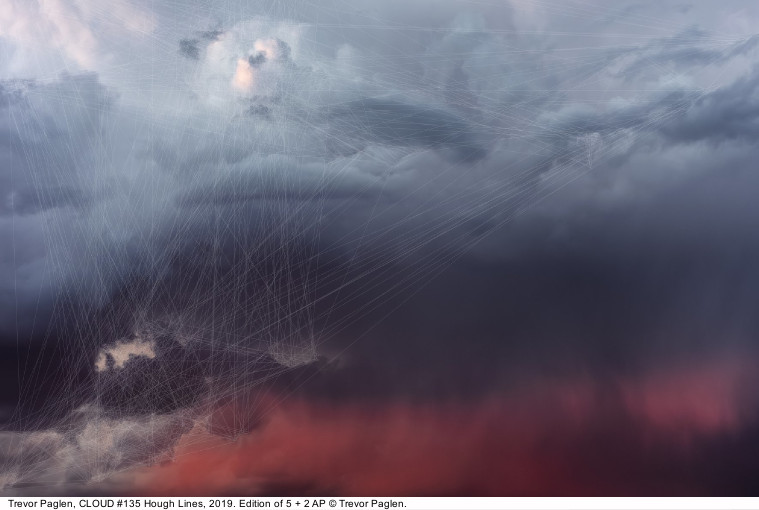 Taking centre stage in the exhibition is The Standard Head, a large-scale reconstruction of 1960s pioneer CIA agent Woody Bledsoe’s mathematical model of a “standard head”. Conceived from the average measurements of the faces Bledsoe experimented with, Paglen reconstructed the “standard head” from rare information left behind in Bledsoe’s archives at the University of Texas. Artificial intelligence algorithms are designed and trained to look for faces, unique key points, lines, circles, and areas of interest as they attempt to deconstruct the underlying reality into a more simplified series of sections or shapes. Dialoguing with The Standard Head is Personality Model, a plated bronze phrenology skull derived from the current categories that are used in predictive policing and sentencing algorithms that intend to gauge someone’s level of criminality by measuring their psychological attributes and behaviours. 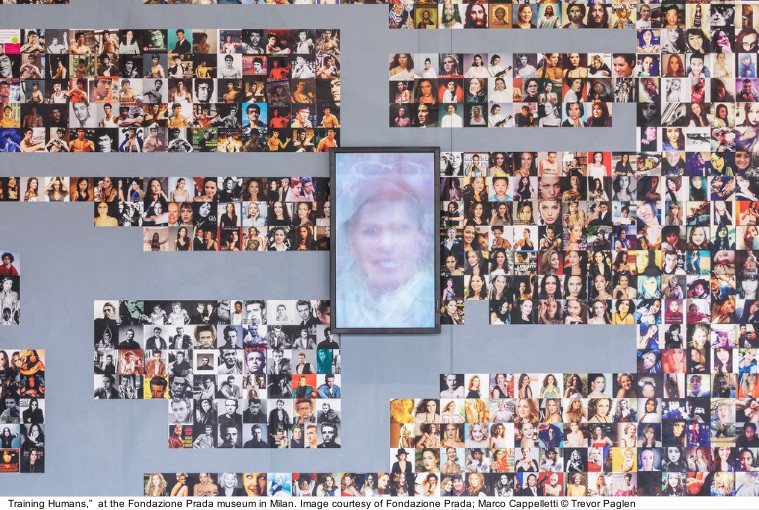 ImageNet Roulette is an interactive artwork that classifies people’s digitally-captured portraits according to the most widely-used dataset, called ImageNet, a program that teaches artificial intelligence systems how to classify images, developed at Princeton and Stanford Universities in 2009. When a member of the public’s image is recorded by a camera and simultaneously projected on the gallery video monitor, the AI model categorises them according to the dataset. The project is a provocation, acting as a window into some of the racist, misogynistic, cruel, non-scientific, controversial, and simply absurd categorisations embedded within ImageNet and other training sets that AI models are built upon. 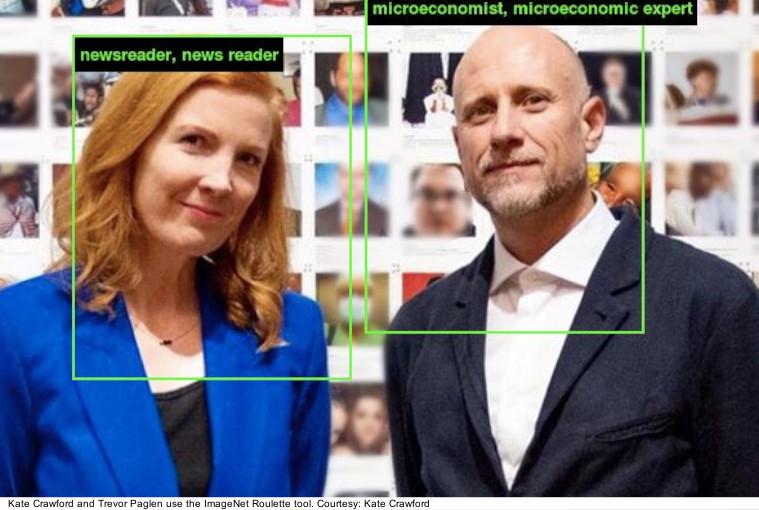 Trevor Paglen (b. 1974, Camp Springs, MD) is known for investigating the invisible through the visible, with a wide-reaching approach that spans image-making, sculpture, investigative journalism, writing, engineering, and numerous other disciplines. The clandestine and the hidden are revealed in series such as The Black Sites, The Other Night Sky, and Limit Telephotography in which the limits of vision are explored through the histories of landscape photography, abstraction, Romanticism, and technology. Paglen’s investigation into the epistemology of representation can be seen in his Symbology and Code Names series which utilize text, video, object, and image to explore questions surrounding military culture and language. Among his chief concerns are learning how to see the historical moment we live in and developing the means to imagine alternative futures.

In tandem with his museum exhibitions, Paglen is well-known for his site-specific public projects, among them, The Last Pictures (2013), an artwork containing a micro-etched disc with one hundred photographs into geostationary orbit around Earth via the communications satellite EchoStar XVI, produced in collaboration with Creative Time and MIT. In 2015, Paglen created Trinity Cube, a radioactive public sculpture made from material collected within the exclusion zone in Fukushima, Japan, and from Trinitite, the radioactive material made from molten sand after the testing of the Atomic Bomb at the Trinity Site in New Mexico. In addition, Paglen achieved critical acclaim for his contributed research and cinematography on the Academy Award-winning film Citizenfour, directed by Laura Poitras.

Paglen is the author of five books and numerous articles on subjects including experimental geography, state secrecy, military symbology, photography, and visuality. His work has been profiled in the New York Times, Vice Magazine, the New Yorker, and Artforum. In 2017, Paglen was the recipient of the MacArthur Genius award, and in 2014, he received the Electronic Frontier Foundation’s Pioneer Award for his work as a “groundbreaking investigative artist.” 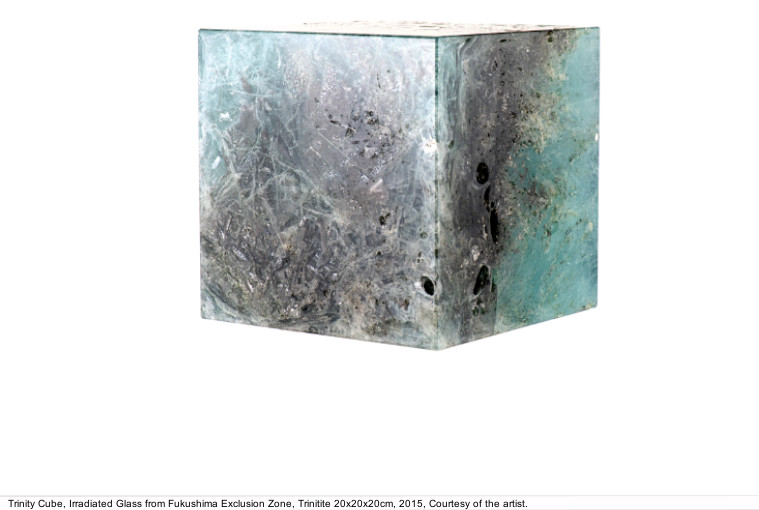 Pace is a leading contemporary art gallery representing many of the most significant international artists and estates of the twentieth and twenty-first centuries.

Under the leadership of President and CEO Marc Glimcher, Pace is a vital force within the art world and plays a critical role in shaping the history, creation, and engagement with modern and contemporary art. Since its founding by Arne Glimcher in 1960, Pace has developed a distinguished legacy for vibrant and dedicated relationships with renowned artists. As the gallery approaches the start of its seventh decade, Pace’s mission continues to be inspired by a drive to support the world’s most influential and innovative artists and to share their visionary work with people around the world.