In Biorhythmic drawing, artist Daksha Patel explores the ways in which data captured from the human body – by technologies such as bio-sensors (small wearable devices such as heart monitors) and medical imaging (X Rays, ultrasound or microscopes) – is visualised, seen and perceived. The artist intervenes and reworks bio-medical images with the process of drawing or by altering codes that visualise bio-data.

Images of the internal body are generated by technologies from the interaction of sound waves, electrons or magnetic waves with the body. They allow us to “see” into living bodies and can generate perceptions about a fully visible and transparent body, and consequently a modifiable and fully controllable body.

However, an element of ambiguity is always present in these images, in the form of unknown interferences during data transmission. One of the causes of these interferences – or noise – in the system, is the movements and rhythms of the human body itself. Daksha Patel is interested in the concept of noise, particularly in the fact that at the heart of technological processes that measure and gather data from the body, information that is unknown and unknowable remains. 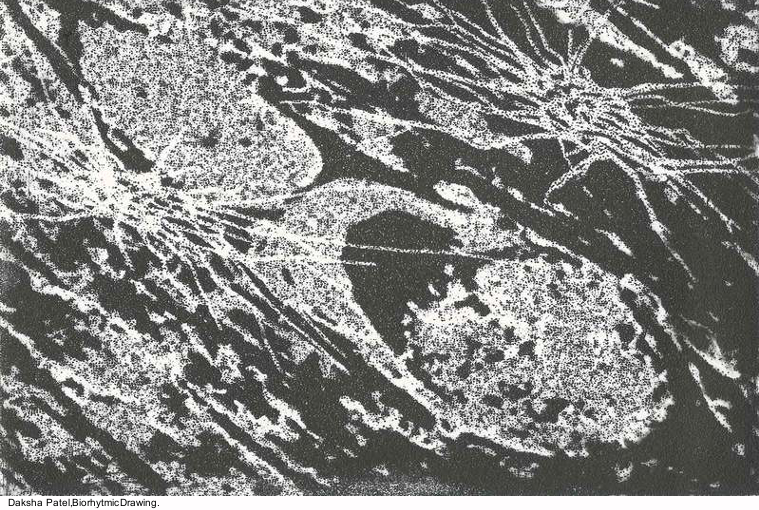 For her, noise is a rich source of artistic ideas and contains the potential for new kinds of knowledge.The drawings and prints in this exhibition are produced by intervening into medical visualisations using alternative codes and speculative drawings that re-order the technological image. The resulting works merge digital drawing with images of the internal body produced by visualisation technologies sourced from the Internet.

They blur boundaries between scientific image and artistic imagination, between knowing and not knowing. In doing so they emphasise how bio-medical images can change perceptions about the human body. Daksha Patel is an artist and PhD researcher whose practice engages with technologies that measure, map and scan the human body and its interactions with the environment. Her work encompasses interactive installations, public art and commissions for museums and galleries.

She regularly undertakes residencies and collaborations with scientific institutions and has worked with neuroscientists (The University of Manchester and Kings College), radiologists (The Christie hospital) geographical information systems and analytical chemistry (Manchester Metropolitan University). She is currently undertaking a residency responding to an astronomical observatory at ACA(Alanheads Contemporary Art). 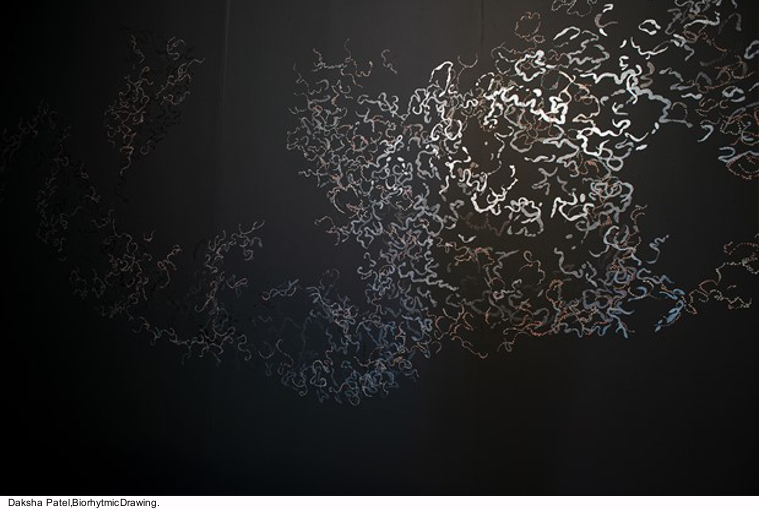 Daksha has exhibited nationally and internationally, including at The Horniman Museum, London (2017);LifeSpace Science and Art Gallery, Dundee (2017); The Museum of Science and Industry Manchester(2015); The Imperial War Museum North(2014) and a Wellcome Trusttouring exhibition (2013). She was selected for theIng Discerning Eye Drawing Bursary(2017) and Art Gemini Prize(2016) exhibitions, London, and her work is held in public and private collections.