Adapt to Survive: Notes from the Future

Adapt to Survive: Notes from the Future brings together artworks by seven international artists that explore how our world might look and feel beyond the present. Engaging with the idea that change is not just inevitable but necessary for future survival and growth, the artists in this exhibition consider new and hybrid forms of architecture, biology, technology and language across time and space.

In recent years, the phrase “adapt to survive”—a reference to Darwin’s theory of evolution—has been adopted by entrepreneurial start-ups and professional “change-makers” as a useful metaphor for the way to make progress in a rapidly changing world. During the same time period, futurology has become firmly established as an area of research that combines game theory, statistics and speculation to explore potential futures.

Responding to these cultural shifts, the artists in Adapt to Survive make educated guesses about societal “evolution” and progression while conveying uncertainty and scepticism about accelerating patterns of growth and consumption. Presented in collaboration with Concrete, Dubai, and exhibited in the newly refurbished Hayward Gallery HENI Project Space, Adapt to Survive features sculpture, video and text-based works, as well as large-scale mixed-media installations. 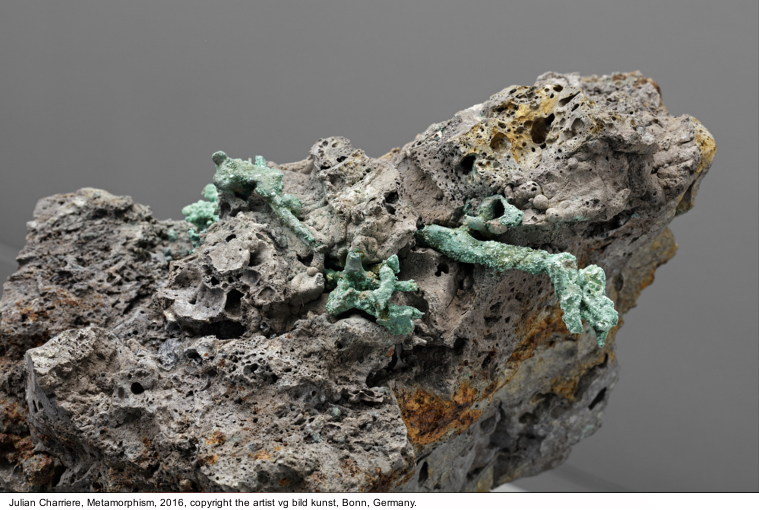 In his “digital matte painting”, Bedwyr Williams offers glimpses into ordinary lives led within an imaginary metropolis in rural north Wales; Youmna Chlala evokes a future city where environmental changes have brought about new ways of living; and in an animated film Andreas Angelidakis makes a case for a radical, mobile museum of the future.

Offering further reflections on the future and our place in it, Julian Charrière addresses the geological impact of our over-reliance on consumer electronics; Rainer Ganahl imagines what Berlin would look like if China was the dominant global power; and Ann Lislegaard and Marguerite Humeau draw on science fiction and ancient myth, respectively, to create unsettling meditations on time travel, contemporary surveillance and the shape of the world to come.

Adapt to Survive: Notes from the Future is curated by Dr Cliff Lauson, Senior Curator, Hayward Gallery. The exhibition is accompanied by Conversations from the Future, a talks programme taking place in the Dan Graham Pavilion, Hayward Gallery, featuring contributions by Marguerite Humeau and Bedwyr Williams, as well as writer Chris Fite-Wassilak, writer and artist Zach Blas, writer and editor Ben Eastham and curator Cliff Lauson.