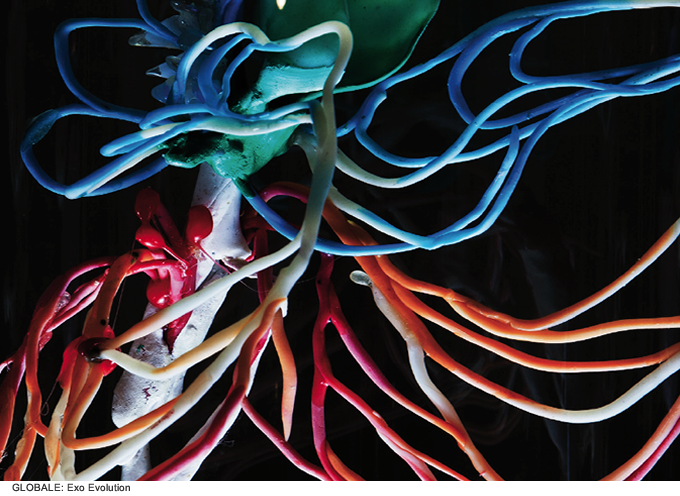 The exhibition Exo-Evolution shows the interconnection between art and science and the artistic application of new technology. Over the millennia, mankind has created a culture of tools, which has expanded the boundaries of our perception and our capacities to act. Mankind has outsourced its bodily functions: the hand to the hammer, the spoken to the written word, memory to clay tablets, books and computers, etc.

Through technology, humans transcend evolution and liberate themselves from the powers of nature. With their tools and externalized artificial organs, they create a man-made exo-evolution, one which has initiated the age of the Anthropocene—a geological epoch shaped by humans with less and less nature and more and more technology around us.

Exo-Evolution presents this new reality with more than 100 artistic and scientific contributions, as well as with the modules Allah’s Automata and The Future Is Here, which offer insights into the future and a look back at the past of the artistic and technological exteriorization of human capabilities. 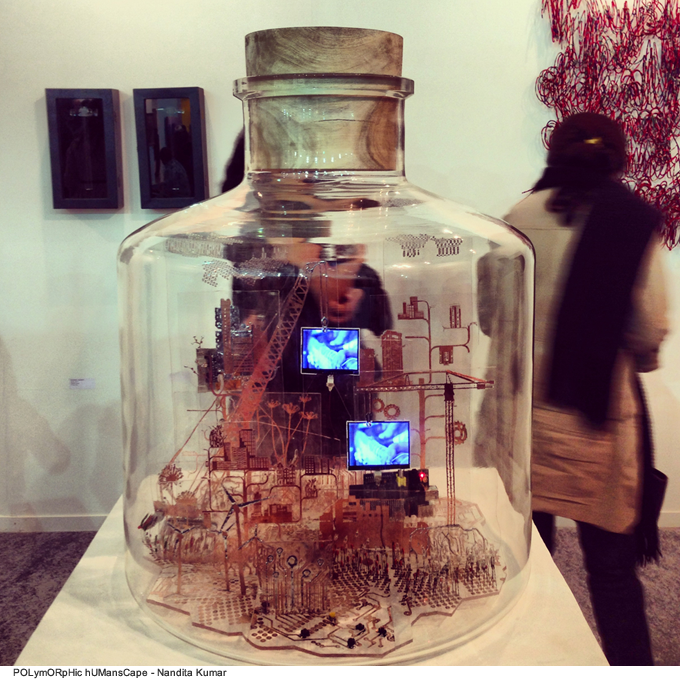 The exhibition shows us visions and solutions to problems of the 20th century, which we still need to solve—e.g., the elimination of oxygen from carbon dioxide as a reaction to the climate crisis, or innovative organisms that have adapted and optimized in view of severe environmental pollution While conservationists are fighting to preserve the existing “natural” species and to reverse the effects of the Anthropocene, synthetic biology is developing new organisms for the “good of humankind.”

In view of the increasing amount of plastic ending up in the seas and inspired by the discovery of new types of microorganisms that settle on the surface of plastic and form new eco-systems, artist and neuroscientist Pinar Yoldas, for example, has created a series of speculative organisms that have adapted to their environment and developed special properties. With her imaginary novel life forms, the artist counters the disquieting man-made threat from waste in our seas with a hopeful, utopian design.

One of the most fundamental features of biological systems in connection with evolution is the natural and random emergence of diversity within the framework of cell division. In the installation Retooling Evolution: Nature at Work, a real-time experiment which has been created in cooperation with The Karlsruhe Institute of Technology (KIT), Heurisko GmbH and the ZKM | Karlsruhe, humans can control natural evolution in order to optimize organisms for technical use. 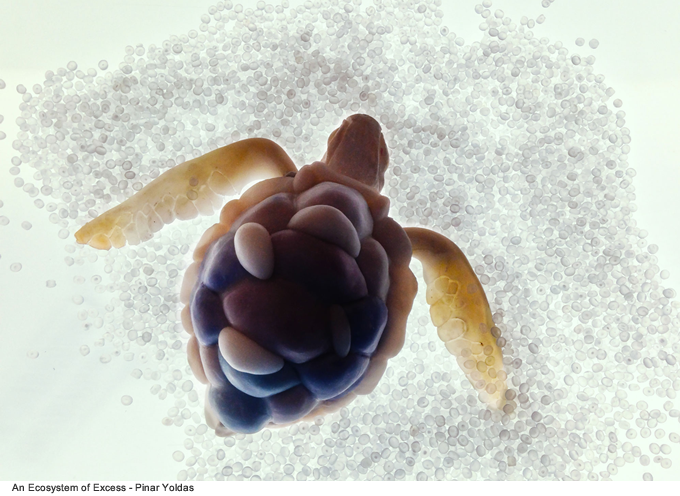 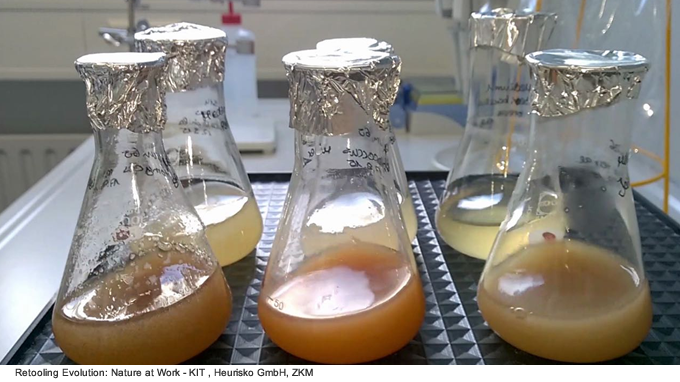 The installation, which introduces current science into the world of the museum, demonstrates how humans can take advantage of the process of evolution by means of technology—for example, by breeding microorganisms that will eliminate problematic chemicals from the environment.

In addition to directed processes of evolution, new material technology will also radically change our life. Using artificial tissue, biological defects are “repaired.” Spines and nerve corsets—so-called “exo-skeletons”—attached to the outside of the body will help physically disabled people to move.

The 3D printing process in particular offers fundamental advantages for creating prototypes, work pieces and spare parts in various production spheres. With her self-constructed CNC machine Capacity for (urban eden, human error), Allison Kudla prints bio-architectural constructs using algae and seeds. The models produced by algorithms are based on the Eden growth model and thus link the concepts of “city” and “organism.” 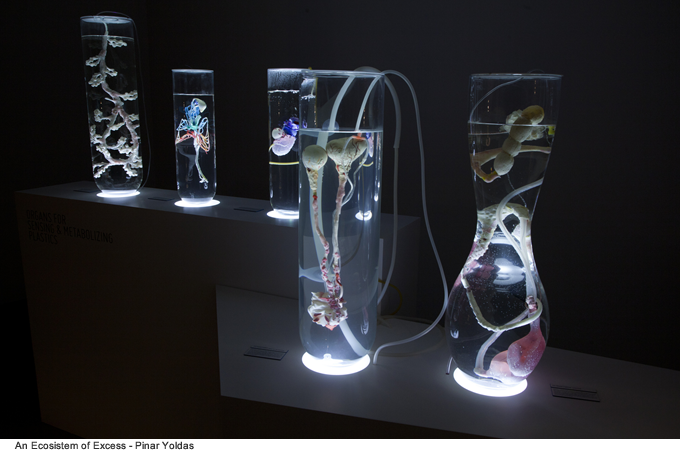 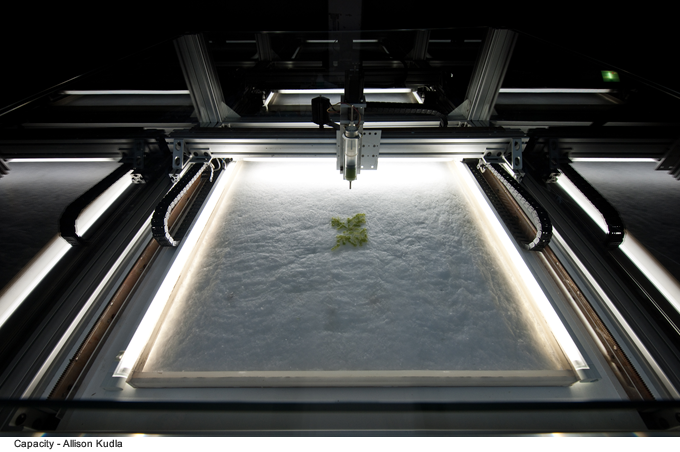 From the microscope to computer tomography, the techniques of perception in science have also seen rapid developments in recent years. The new media have transferred these techniques of instrument-based perception into the realm of art: because art does not cede the field of engineering culture solely to sciences, it follows their standard that seeks to explain and change the world. A scientification of art, such as in the historical art period of the Renaissance, is therefore evident: a Renaissance 2.0.