William Kentridge: I am not me, the horse is not mine. The Tank / Tate Modern 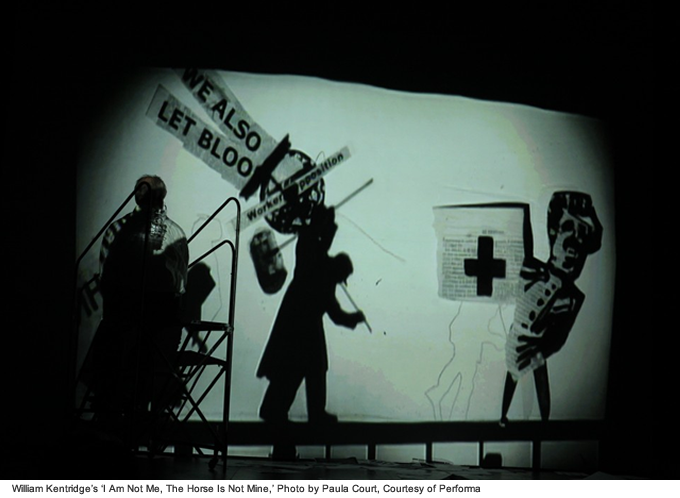 William Kentridge’s eight-channel video installation I am not me, the horse is not mine is showcased in the UK for the first time in the Tanks at Tate Modern. Projected simultaneously across the walls of the Tank, each film is played on a continuous loop to create an immersive audio-visual environment, which resists the establishment of a single narrative. Each short film contributes layers to a story that references Russian modernism, from Soviet film of the 1920s and 1930s to the calamitous end of the Russian avant-garde.

Kentridge grew up and continues to live in Johannesburg, where his parents were lawyers involved in the anti-apartheid movement. Informed by this background, Kentridge often addresses the fraught legacy of apartheid and colonialism through innovative use of charcoal drawing, printmaking, collages, stop-animation, film and theatre.

William Kentridge is a South African draughtsman, filmmaker and sculptor. Kentridge first studied politics and African Studies at the University of Witwatersrand in Johannesburg (1973–6) before studying Fine Art at Johannesburg Art Foundation (1976–8). Throughout this time he was heavily involved in theatre. His interest in theatre continued throughout his career and clearly informs the dramatic and narrative character of his art as well as his interests in linking drawing and film. His work as a draughtsman has been expressionistic and dominated by pastel and charcoal, and generally the drawings are conceived as the basis of animated films. From 1989 to 1996 Kentridge made an important cycle of films that allegorise South Africa’s political upheavals through the lives of three characters: a greedy property developer, his neglected wife and her poet lover. 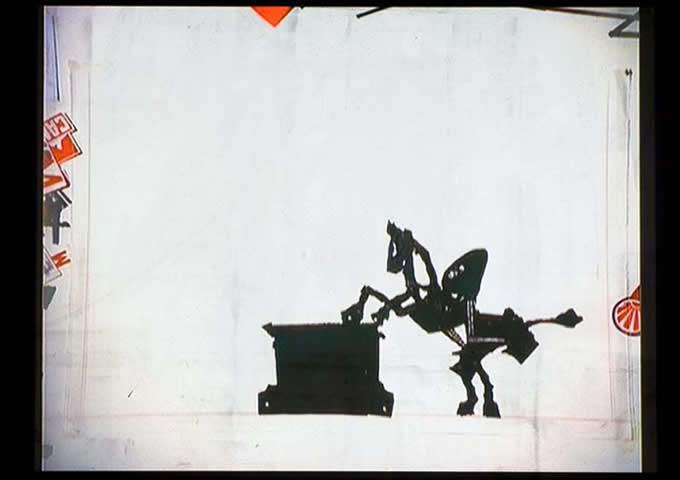 The eight-minute animation Johannesburg, 2nd Greatest City after Paris (1989), which began the series, consists of two dozen scenes developed through minute changes to various drawings. Kentridge has always had an ambivalent relationship to the influence of European art and culture, focused by his own German, Jewish and Lithuanian roots. The influence of satirists such as Daumier, Goya and Hogarth is clear, and he also often used European classical themes as frameworks for contemporary African subjects.

Kentridge’s fusion of Expressionism, art and theatre finds its context in the interests of South Africa’s Resistance Art movement of the 1980s, and his work was largely unknown outside the country until he established an international reputation in the early 1990s.