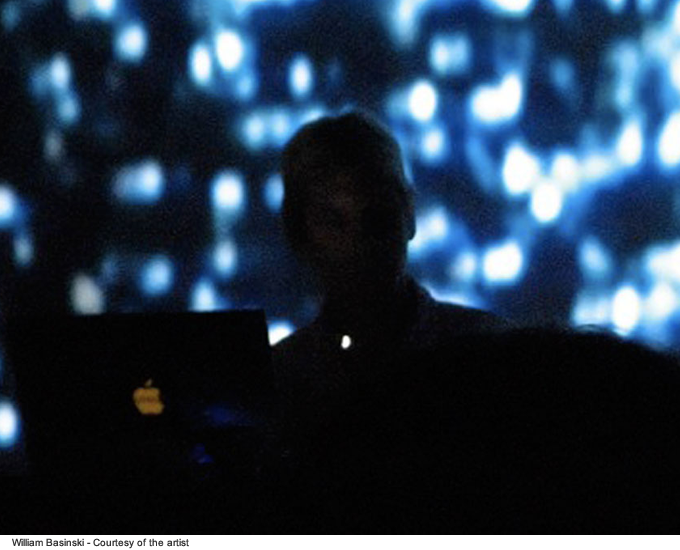 On the 26th of January, at the Ancienne Belgique, one of the best musical venues in Brussels, William Basinski performed live, in an electro-acoustic night together with other musicians like Christian Fennesz. During this concert Basinski performed in a world première his new work, Nocturnes, an album already announced and finally coming up in February 2013.

The artist is mostly known for his masterpiece, The Disintegration loops (2002), which is certainly his best work, emerged during an experiment of transferring some of his old analog tape loops into a digital format. He noticed while playing the tapes that these were literally “disintegrating”, due to the age and the perishability of the material supports – namely the magnetic head and the tapes – over the years.

The myth says that this experiment somehow is part of the American history, in one of the most tragic pages ever written, since Basinski was listening to the outcomes of this transfers on the 11th of September 2001, on the rooftop of his apartment in Brooklyn. 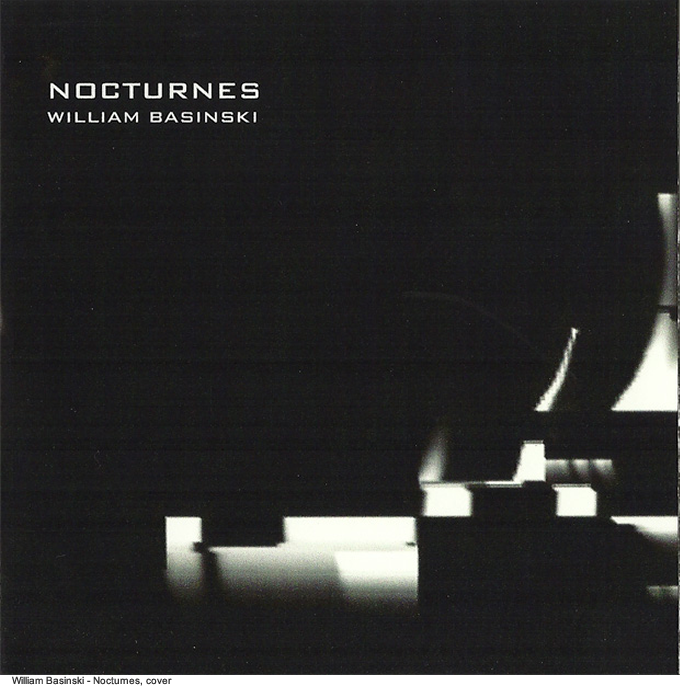 In 2012 the complete series, from I to IV, have been remastered in a 9xLP box set to celebrate the 10 years anniversary of this work. The same collection has been reissued in a 5xCD limited edition, including the recording of two recent orchestral performances of the piece, one held in New York at the Metropolitan Museum of Art on 11th September 2011 and the other one held at the 54th Venice Biennale.

Basinki is an American musician and sound artist, whose compositions might be considered experimental electronic ambient music, working primarily with minimal tape loop experiments and delay systems. Since his first work Shortwave Music (1998), issued by Carsten Nicolai’s Raster-Noton label, he made several releases and collaborations with American artists, among which Antony & the Johnsons, and many others.

In his latest work ‘Nocturnes’, Basinski creates a looping nostalgic “tapestry” with a prepared piano. It is an enfolding and “trippy” – to use the artist’s word – piece, where variations and repetitions dissolve the time dimension, in a meditative progression, constantly evolving in a unique listening experience. The way he worked for composing this piece is substantially different from all his other works.

In order to get a deeper insight, we met William Basinski before the performance in Brussels, the first live presentation of his new album. 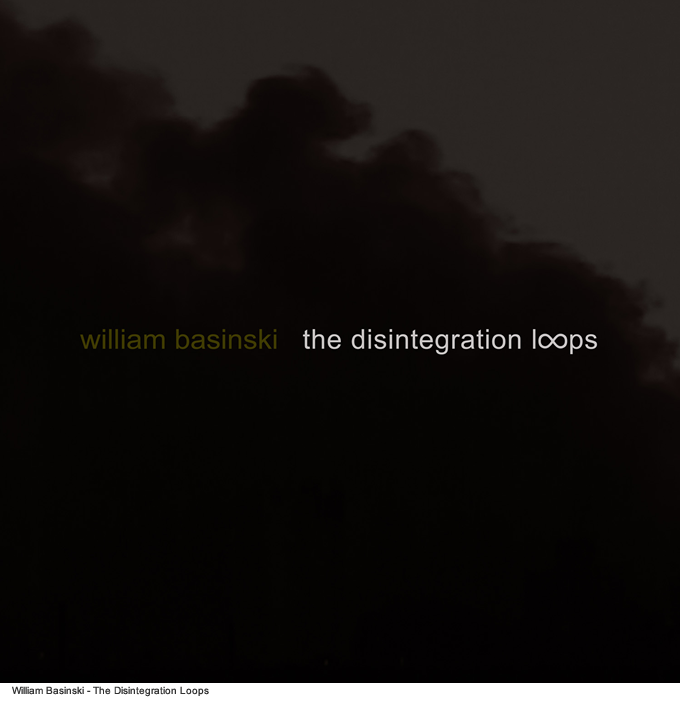 Silvia Bertolotti: Could you tell us something more about the concert you will perform in Brussels? Which work will you present?

William Basinki: Tonight I’m going to feature a loops list of my new album coming out in February: Nocturnes. Actually it’s going to be a world première since this is the first time I present live my new work. I will start with some tape loops, some piano variations and then I’ll perform Nocturnes.  The title piece, Nocturnes, is created with prepared piano and tape loops made in San Francisco in 1979, so they are some of my earliest pieces. It’s very different from my other works, very trippy I would say. I was initially going to do something else, a show where I would have worked with a collection of piano loops and created a tapestry with them, which I consider funny and has a positive impact on the audience. I was unable to do that tonight because of the provided machines I had to perform with, which of course are not mine. So tonight I decided to play Nocturnes.

Silvia Bertolotti: What will be your live approach on the stage?

William Basinki: There will be a video element in this performance, realized by my partner James. On the music side, I’ll be starting with some loops on machines and then I’ll be working live on the computer playing Nocturnes. Unfortunately I won’t be manipulating tape loops very much tonight because it is quite complicated with  the machine I was provided with. Tonight it is going to be more a listening experience.

Silvia Bertolotti: Speaking of The Disinitegration loops, you recently have worked on orchestras and ensembles. What is the main challenge in an orchestral version?

William Basinki: Nothing for me (laughing) because all of the work has been handled by professionals, in particular my friend and collaborator since many years, Maxim Moston from Antony & the Johnsons, He basically did the transcription of Disintegration Loops I and II for orchestra. This has been a brilliant piece of work, I would never have done it myself.  Then we had a brilliant and very talented young conductor, Ryan McAdams, who  made a lot of notes from listening to the original pieces and was then able to direct the instrumentalists, in order to enable them to achieve something very beautiful.

I was very lucky because my role was basically to seat in the audience and listen to what was going on! And honestly going to rehearsals and watching all these brilliant young instrumentalists was fascinating. We’re going to perform two more orchestral shows in Europe this year, one in Geneva on the 1st of September and one in London, in mid November and a couple more, whose dates have not been decided yet. 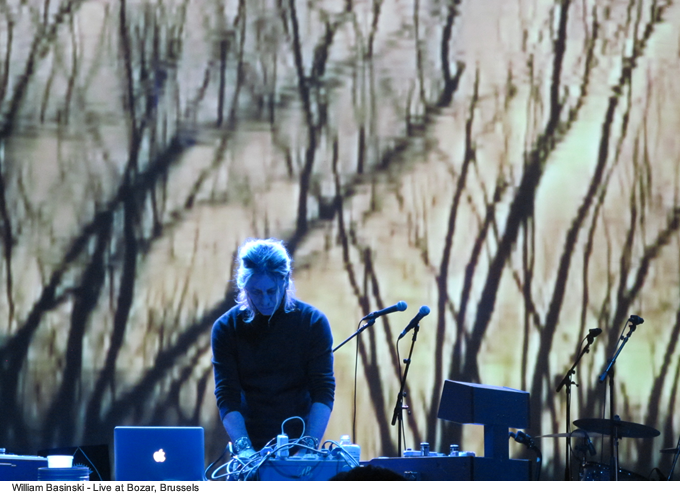 Silvia Bertolotti: You performed, especially with the orchestral version of Disintegration loops, both in the US and in Europe. What is the main difference on the audience side, that you noticed? If there is one, of course.

William Basinki: Not so many, actually. My fans are very loyal, I don’t perform that often, and people will come if they can. The first time we performed the orchestral piece I was in New York City, in the Temple of Dendur, which is a spectacular hall, within the Metropolitan Museum. It was a memorial concert, 10 years after the 9/11, it was unbelievable. Around 800 people were attending the show. When it was over, there was a total silence of 3 minutes, a real stone silence. There were also kids and old people among the audience, but still not a sound. And then, suddenly, an airplane went by picking up the trial of the last note before it trailed off again. It was a very special moment, everyone went crazy and I asked to myself “and what is going to happen now??”.

The same thing happened in London, the audience was quiet for almost 5 minutes after the concert. In that case we played in occasion of the John Cage’s 100th birthday, with an orchestral version of  4 minutes 33 seconds, so it was a very special occasion. In Venice, on the contrary, we did the first small ensemble transcription, with the music ensemble Alter Ego, and I must say are terrific. We had a beautiful small concert, an ensemble version lasting 50 minutes in the big arsenal of the Venice Biennale.

Silvia Bertolotti: After the composition of Disintegration loops, but also on a more general level, what is the role played by “chance” in your compositions? How does it affect your music?

William Basinki: There is always that hope that something is going to happen. When I was in university, I was taking ‘new music’ classes, maybe the most important class I took when I was there, because the composition department during the 70s, was still mostly interested in serial and twelve tones music and I wasn’t interested anymore. (I already played this kind of music in the past and I liked to play that, because it was so difficult, but at a certain point there was too much of that…). In my music classes the most important things I learned there were first of all to listen and especially John Cage, of course. 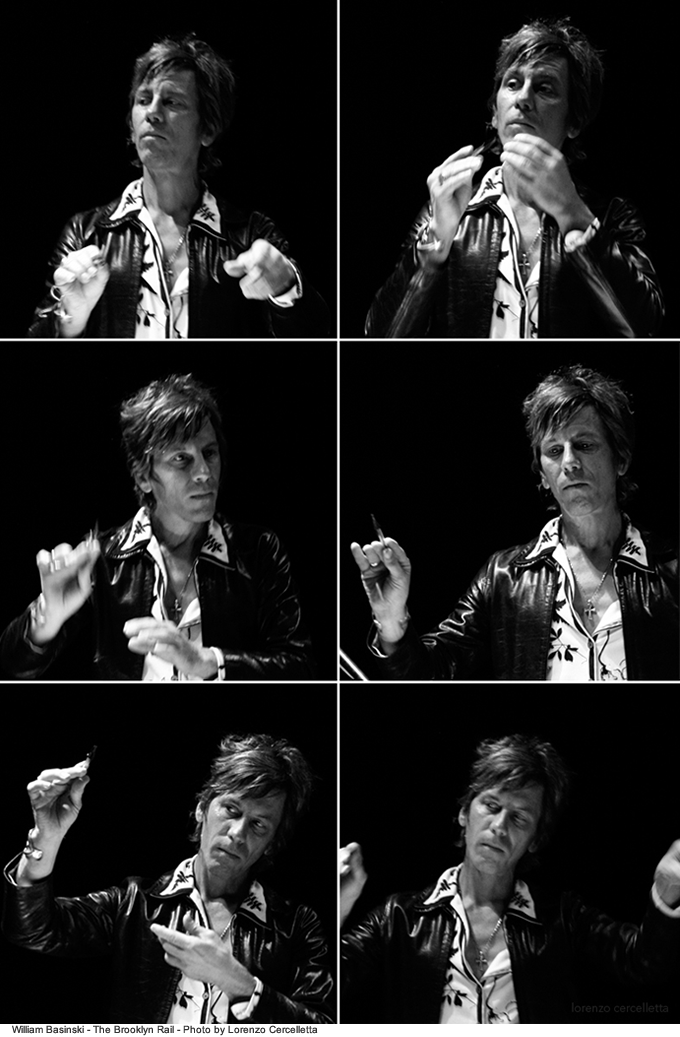 Silvia Bertolotti: What was the main inspiration source for Nocturnes and how did you create them?

William Basinki: Just me experimenting, creating a tapestry with these loops. I prepared the piano I rented in San Francisco and while recording, I was playing around with recorded loops and cutting off the attack of the head hitting the keys. This is why, some loops have a piano with the attack cut off, and some other have a piano with the attach there. So that was what I was experimenting with, in that particular context. What you get are a lot of these suspended animations, coming out of that. After wards I created a hand-drawn score for the loops, I had about 8 or 9 loops for this piece. I then recorded excerpts and I numbered them by the counters on the cassettes. And this is the result that came out. So it was kind of a formal composition.