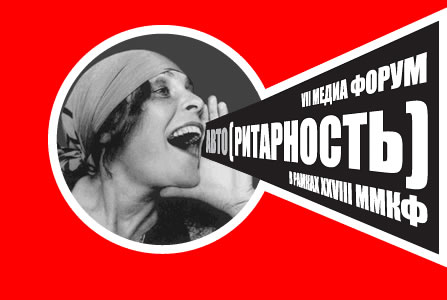 Moscow International Film Festival (MIFF) is held since 1959 and gradually it  has become one of most respectable and prestigious film-forums in the world. In 1973 MIFF was registered by the International Federation of Film-producers associations (FIAPF) as an «A» class film festival alongside with those in Berlin, Cannes, San-Sebastian, Karlovy Vary and Venice. This is the sixth year Media Forum is organized as part of the Moscow International Film Festival.  The role of new media in audiovisual art and culture received due recognition and Media Forum was immediately introduced into the official program of MIFF.

Media Forum is the first event of such scale in Russia and it reveals a new vision of the world of new media culture and new screen technologies to the professionals, critics and public in general. The objective of Media Forum is to demonstrate the connection between traditional and modern branches of screen culture, the impact of technological innovations on visual arts.

Media Forum as action is an exchange of ideas, infusion of new forces into contemporary culture and vice versa. It is an attempt to demonsrtate the logic of new thought and new communications.  At the moment it is inside  media culture that new ideas go through trial and  approbation, ideas that cannot be realized in contemporary art context.