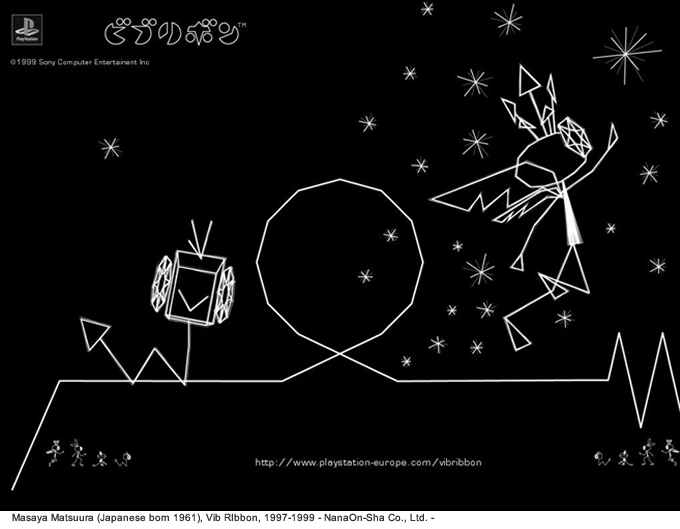 In 2013 the MOMA in New York proposed to the public an exhibition entitled “Applied Design” focused on some objects whose shapes and functions are placed in a specific area of convergence between aesthetic and utility, between art and applied use. The exhibition will run until next January the 20th 2014.

The exhibition, curated by Paola Antonelli, Senior Curator at MOMA since 2007 (Digicult had already talked to her and about the exhibition “Design and the Elastic Mind” in the Digimag edition No. 34 / May 2008: http://www.digicult.it/it/digimag/issue-034/design-and-the-elastic-mind/), aims at developing a discourse around the way in which design is not only related to the aesthetic dimension of some particular objects. Instead, more and more design today invigorates every sphere of social life, up to nest in the most unpredictable parts of our daily life. And, without a doubt, it also concerns the world of videogames, which, thanks to this exhibition, for the first time firmly enter in the MOMA collection with a selection of 14 games, particularly interesting from the interaction design viewpoint.

The exhibition is not large in size and also for this reason is far from being able to offer an exhaustive overview, and historically meaningful with respect to the evolution of the relationship between design, aesthetics and social applications, a theme however complex and varied, in recent years in fast transformation.

“Applied Design”, it is not, in short, one of those exhibitions that aims at bringing order, summarise, and simplify. Rather, it is a show that intends to open up issues and to erode boundaries, and make manifest and visible cultural and artistic trajectories whose collocation remains still uncertain within the main cultural institutions. The exhibition places at least two topics particularly interesting for the readers of Digicult. The first of these questions, the most obvious and for this reason the less original, concerns how objects typically functional – but the function of which is not detachable from a form, and form of which is not indifferent compared to their social role – can be considered and narrated as artistic forms.

An example of this matter is the Mine Kafon, an ecological “mine-clearer” with a spherical shape that functions thanks to the force of the wind, designed in 2011 by Afghan designer Massoud Hassani. It is an object with a particularly useful purpose, designed in harmony with the energy constraints of the places where it should be used (it mainly works with the wind), starting from natural and recycled materials, in this way blending, in a balance without a doubt fascinating, the aesthetics, the function, and the materials used.

Another object is the symbol “@” used in emails. If it is true that such a symbol has existed well before the spread of information technology, the magic moment through which it has become a symbol universally known took place in 1971, when the “at” was chosen by American engineer Ray Tomlinson (then engaged in the development of the ARPAnet) as a graphic tool for sorting the emerging email conversations. The universal diffusion and the visual success of this symbol reflect a simple choice, which conceals, even in this case, a rare balance between form and function, a balance that has perfectly integrated into the daily life of billions of people and in the contemporary panorama of our visual culture.

The second of these questions is about the artistic statement of videogames. As already mentioned, one of the peculiarities of the exhibition regards the fact that it opens for the first time the doors of the MOMA to videogames, in particular to 14 different games ranging from 1981 to 2007 and to which it is dedicated at least half of the available space for the objects on display in the show. It is a choice that proceeds along a narrow ridge that separates the risk of falling into a banal operation (and perhaps even procuress), from a decisive step in the direction of the codification of the popular digital culture of gaming within the canons of the contemporary art world.

The selection, indeed, is not so much pop. If we exclude the two older games, PacMan (1981) and Tetris (1984), to which we can add Sim City (1993) and The Sims (2000), the curator’s choice has been mainly focused on the 2000s, including games at times not particularly popular, but highly significant from the point of view of an interaction design perspective, i.e. with respect to how these games have offered new ways to put in relation software, commands and gaming functions.

So we find Dwarrf Fortess (2006), a complex game of exploration of dwarves’ caves; Vib-Ribbon (1999), a game with very eccentric and minimal graphics, that can generate a different game level in relation to the music selected by the player; Another World (1991), a sci-fi game platform style, which however obtained a certain success at the time of its lauch; or Eve Online (2003), a sci-fi MMORPG (Massively Multiplayer Online Role-Playing Game) focused on the interstellar voyages. 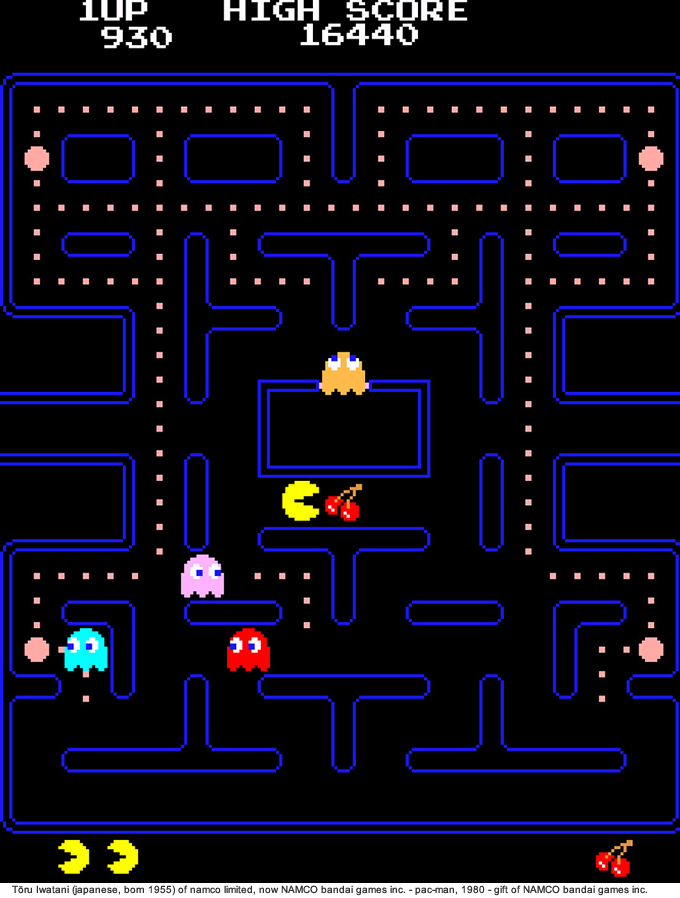 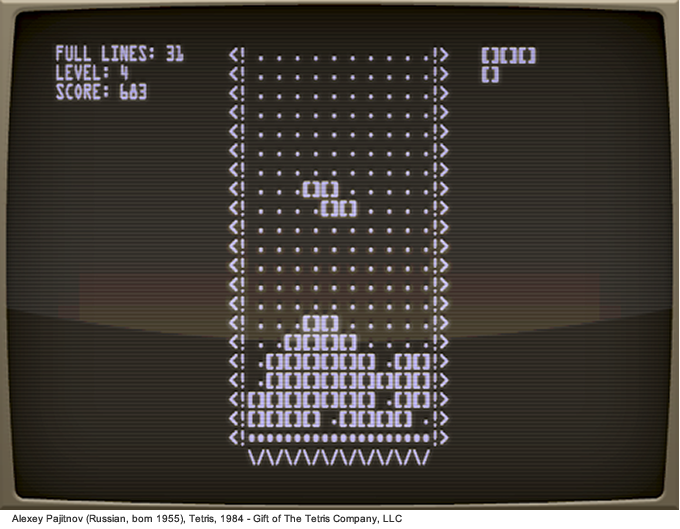 Faced with one of the most influential operations designed to permanently introduce videogame culture and aesthetics within the collection of a great contemporary art institution, the topics for discussion raised by this operation are certainly numerous.

Surely, the specific selection operated is one of the main matters and it invites us to reflect not only about its adequacy in showing video-games, but it pushes us to think about the way the institutional art world starts to “translate” a universe that is highly commercial and functional within its own canons and aesthetic horizons. Going forward, the exhibition develop with respect to the question of the form of “display” of the videogame within a museum. In fact, by their nature videogames should not be observed, and even less “admired” as is typical of the art. They must be used. “Applied Design” is so a crossing between the “art pattern” and the “arcade pattern” (or the pattern of the amusement arcade station). The space and the interaction of the audience are made oscillating between these two approaches, also in relation to which games can be played with enjoyment from the audience (as PacMan) and which not (SimCity is certainly the most evident example).

These issues are absolutely not obvious and they put into question not only the role of videogame in contemporary culture, but above all the limits of the cultural codes and the fruition models, typical of the contemporary art world. If you will be in New York during the next Christmas Holidays, let’s go to MOMA and enjoy this interesting exhibition: there will be surely others in the future.