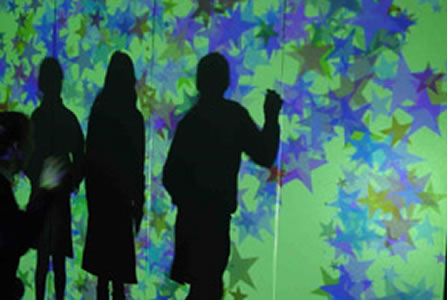 Running bi-annually between 1989 and 2000, The Video Positive Festival brought video art onto the national stage, giving its artists international recognition. The festival reflected FACT’s ethos and long-standing commitment to new work and pioneering art forms and exhibiting commissioned work across a variety of venues across Liverpool . Emerging from the festival came FACT’s Collaborations Programme, now in its 15th year and one of the first arts projects in the UK to be socially engaging and bring artists into the community.

Re: [Video Positive] Archiving Video Positively , will re-stage work by some of the most significant and internationally renowned artists of the festival: David Hall , Judith Goddard , Lynn Hershman Leeson , Imogen Stidworthy and Lei Cox . A new commission by artists Thomson & Craighead will also be on view.

At the same time as the exhibition, the FACT Archive launches, making over 2,000 works by over 100 artists freely available online. Predicted to be one of the largest online archives of digital art, the FACT Archive will include artists working across a variety of disciplines including painting, sculpture, installation, video and performance. Its aim it not only to encourage the enjoyment and perusal of new media and digital art but also to help preserve it by transferring it to a sustainable format.

The exhibition, and archive, is an opportunity for new media and digital artwork to be re-contextualised, examining the rapid development of technology. How do you re-present a work originally conceived in analogue when the current norm is projected in HD? As the audience becomes acquainted with new technology, so too does the artist so the re-presentation of these artworks, some commissioned almost two decades ago, will consider the sociological and cultural differences affecting the how the works will be seen in today’s fully technological context: The sculptural video installations of the 80s; laser discs and CD Rom at the beginning of the 90s, and the explosion of interactive art later in the decade.