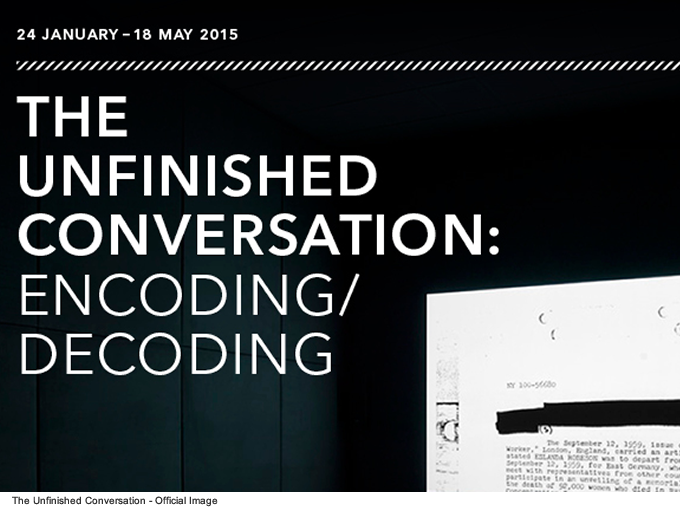 The Unfinished Conversation: Encoding/Decoding is a group exhibition of work that will examine the physical manifestations and the mind-set of specific visual dynamics of the post-WWII era.

The curatorial premise of this exhibition is grounded in the work of cultural theorist Stuart Hall (1932-2014), who devoted his life to studying the interweaving threads of culture, power, politics and history.

Taking Hall’s essay “Encoding and Decoding in the Television Discourse” as a point of departure, viewers will be invited to think about how meaning is constructed; how it is systematically distorted by audience reception and how it can be detached and drained of its original intent to produce specific or slanted narratives. Hall’s interdisciplinary approach drew on literary theory, linguistics, and cultural anthropology in order to analyse and articulate the relationship between history, culture, popular media, cold war politics, gender and ethnicity.

By presenting the work of artists who bring into play time, memory and archives so as to construct new readings of the past, the exhibition will lay emphasis on the idea that the “visual” is an assimilatory process continuously at work in the construction of cultural, political, personal and national identities. 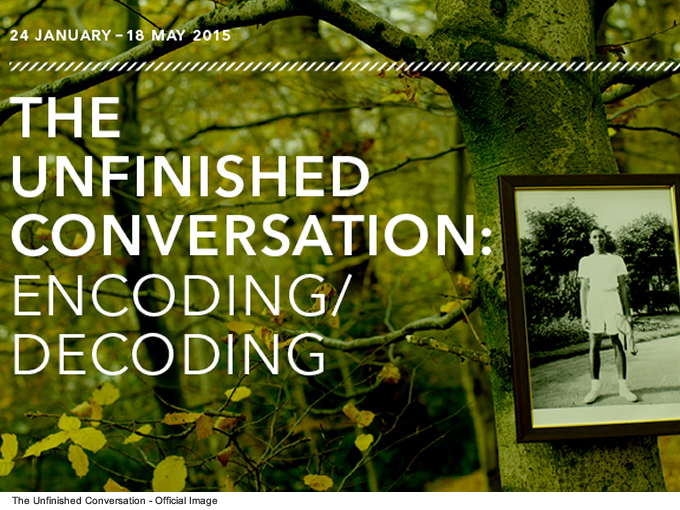 The curatorial intention to build a multiple moving/still/audio archive, an image map, a visual vehicle that will ferry the audience across the choppy waters of memory, images and politics to an undeterminable, obscure and un-chartable destination, where people often meet with a fatal end. The exhibition aims to take viewers on a journey in time, to bring them to encounter images, which act as both objects of art and ideas in flux, circulating in and out of the archive through the corridors of cultural re-construction.

This image map will be drawn by the work of Terry Adkins, John Akomfrah, Sven Augustijnen, Steve McQueen, Shelagh Keeley and Zineb Sedira, six artists whose practice is devoted primarily to commenting on recent socio-political events and situations and relating them to the not so distant past in order to help us understand the world we live in.

By stimulating our personal and collective memory, these works will show us how history agitates and causes anxiety in our personal lives and in the political realm as they will reveal the fact that national identity is not an essence or a state of being, but a “becoming,” a process whereby subjectivities are formed in the interstices between such binary oppositions as us/them, black/white, or native/foreigner, and that it is in those in-between spaces that marginalized people are the agents and subjects of many possible futures, imagined or real. 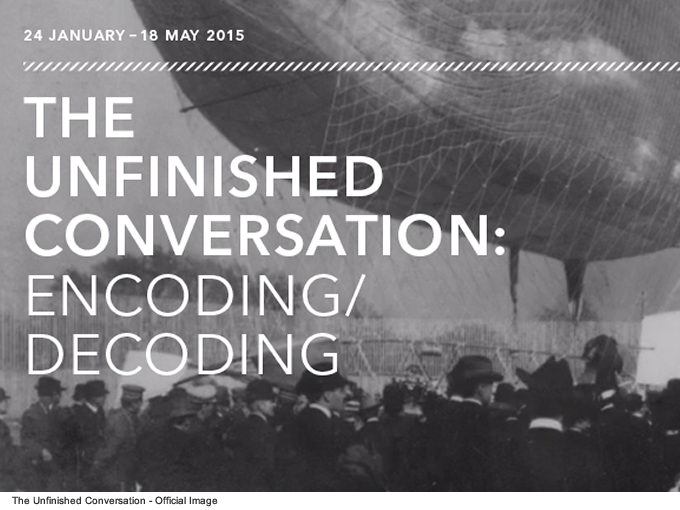 The thread that connects all these art works is the artists’ involvement with the significant social issues confronting humanity today and their profound desire to push formal boundaries in order to tackle them.