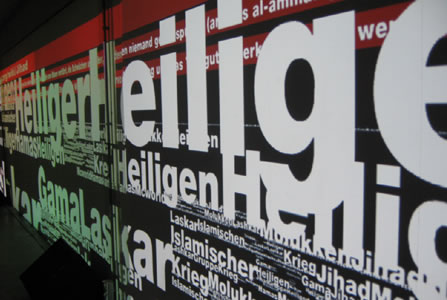 The Festival for Media Culture and Digital Lifestyle will open with a keynote speech by Steve “WoZ” Wozniak, the co-founder of Apple Computer, who is famous for his legendary presentations. The Digital Culture Association has managed to lure one of the biggest icons of the Information Age to open proceedings at the festival. Steve Wozniak cofounded Apple Computer with Steve Jobs and by inventing the PC in the form of the Apple I and II had as great a personal impact as almost anyone else -and not just on the IT sector!

The theme of this year’s festival will be the metaverse

Tweakfest 2007 will focus on interactive 3D online communities, the so-called metaverse, a term coined by the author Neal Stephenson in 1992 in his bestselling book Snowcrash . Stephenson used the term to describe his vision of how a virtual-reality-based Internet could develop in the future and influence ven Stephenson himself could ever have imagined the very rapid technological progress made in recent years enabling his vision to become a reality already experienced by many people on a daily basis. For today, on successful 3D online community platforms like There and Second Life or in MMORPG’s (Massively Multiplayer Online Role Playing Games) already plunge hundreds of thousands of people into a varied and occasionally even financially lucrative life in digital parallel worlds.

Tweakfest is the first platform to combine culture, research, communication, and entertainment. As such it brings together all the actors in Switzerland ‘s up-and-coming creative economy. The Tweakfest offers creative spirits, researchers and managers a forum in which to debate and make presentations. This year, the specialist conference will comprise international keynote speeches, round table discussions, question-and-answer sessions, break-out sessions, workshops, plus showcase and/or prototype presentations by innovative Swiss research labs and companies. Besides the conference, once again the full range of digital creativity will be there for visitors to experience, including exhibitions of Web art and research projects; a trade show for home electronics and digital accessories; an interactive metaverse, software, and Web 2.0 laboratory; a media art performance; screenings of mobile and digital films; and a club area with parties featuring electronic DJ’s, VJ’s, and live acts plus artists’ workshops and demonstrations of creative tools.

The annual Tweakfest  Festival for Media Culture and Digital Lifestyle is being organized by the Zurich-based Digital Culture Association. The purpose of that association is to stimulate the creative industries, establish a network for its players and launch a debate among the general public in Switzerland about the challenges posed by the information society with a view to boosting public involvement in the respective developments. The theme of the first “Teaser” festival, which took place in Zurich on 9 and 10 November 2005, was Visions of Digital Lifestyle. That edition of the festival attracted 500 creative visitors from the business, research, media, communications, art, and cultural sectors.