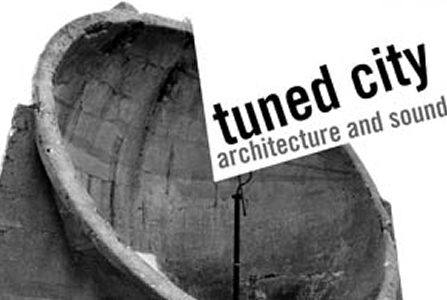 Tuned City  Between Sound and Space Speculation is a comprehensive exhibition and conference project planned for July 2008. The project searches for a new evaluation of architectural spaces from the perspective of the acoustic through the facilitation of dialog between the discourses of sound art, architecture and urban planning as well as the commissioning and exhibition of several site-specific works in various locations around the city of Berlin .

On the weekend 26/27.1.2008 the project will present a 2-part preview of its work at CTM.08. At the Ballhaus Naunynstrasse on Saturday 26.1 international theorists from the fields of music and architecture will introduce various aspects of the project and outline the main issues to be addressed at the conference. On the following day, Sunday 27.1 presents sound performances preoccupied in unusual ways with the interrelation of architecture, urban space and sound will be presented in Maria am Ostbahnhof under the title Tuned Space .

Sociologist Detlev Ipsen will open up the symposium with some basic thoughts on recent urban developments, followed by the philosophical position of Gernot Boehme defining space through the aesthetics of athmospheres. The architectural historian and theorist Ulrich Winko will give an introduction of the history of music and architecture and will hand over the topic of sound art to the writer and artist Brandon LaBelle . Coming from a critical sound and space dicourse himself, Labelle is going to question one of the pioneers and major figures of sound art, Max Neuhaus . Between the single lectures artists participating in the project in July 2008 will give short presentations of their work.

Tuned City and Tuned Space was conceived and produced by Garage e.V. in cooperation with DISK/CTM, the singuhr hoergalerie . It received generous funding from the Hauptstadtkulturfonds and the Bundeszentrale fuer politische Bildung . 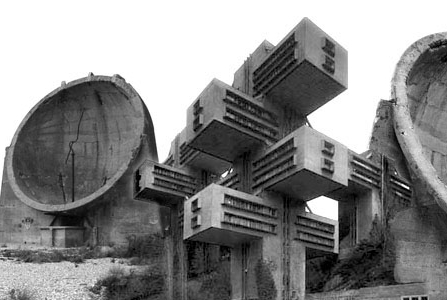 For the Tuned City program, artists from across the sound-art spectrum have been invited to make their own sonic investigations, deconstructions and provocations within the architectural space of the Maria club itself, taking the audience from the quiet minimal world of found objects and sounds through to the body- and building-crushing power of subsonic rumblings.

The UK ‘s Dallas Simpson will undertake a detailed and intimate binaural sonic investigation of the urban wasteland around the club, putting the audience directly inside the performer’s head via wireless microphones and headsets. Swedish field-recordist BJNilsen has teamed up with Icelandic cello player Hildur Gudnadottir to explore the minute architectural and structural resonances of the viola and cello instruments, played out over a multichannel speaker setup. Basque noise-aktionist Mattin declines to state the trajectory of his performance for the evening, as this anti-laptop “Body & Linux” performer prefers the element of surprise to any other. Daniel Menche , hailing from Portland Oregon , US , similarly involves his body in the production of an overwhelming sound which seeks the limits of both physical tolerance and structural restraint. And finally, Netherlands-based US expatriate Mark Bain will demonstrate his “Vibrasonics” system, a set of subsonic devices designed to inject sound waves into the foundations of a building, challenging our notions of architectural stability and perhaps even bringing the walls crashing down upon us.

“Tabula Rasa”, a performance by Christian Marclay and Flo Kaufmann, is an audio-visual experiment that takes an unpredictable course. It begins with an unwritten vinyl disc from which Marclay elicits sounds that are simultaneously taken up and electronically modified by Flo Kaufmann , who then cuts them onto a raw disc. He then hands this new recording to Marclay, who uses it for further audio manipulations that are in turn modified again by Kaufmann … and so on. Each disc cut by Kaufmann carries the traces and layers of previous “sound generations”. In a certain sense the final disc produced contains the entire performance yet cannot reproduce it as such.

Swiss born “turntablism” pioneer Christian Marclay is a visual artist and composer based in New York . He is particularly renowned for his acclaimed early turntable work. The visualization of sound  and the musicality of the visible  is central to Marclay’s work. He recorded both solo and in collaboration with many musicians, including John Zorn , Elliott Sharp , Otomo Yoshihide , and the Kronos Quartet, and also has performed with the group Sonic Youth. Exhibitions in the Whitney Museum and P.S.1, New York , the Tate Gallery, London , the Kunsthaus Zurich, and a major retrospective in the Cité de la Musique in Paris (2007) underline Marclay’s status as a major figure in contemporary arts.

Born in 1973 in Switzerland , Flo Kaufmann is a musician, artist, sound technician, electronic engineer and programmer from Solothurn, where he runs a disc cutting and mastering studio. Kaufmann founded Vinylium GmbH in 1997, one of the few vinyl-pressing plants in Switzerland and one of the last cutting-lathe engineering companies in the world, establishing Kaufmann as an important lynch pin in the vinyl scene. Kaufmann has collaborated with artists David Grubbs , Ronald Lippok , and Joseph Suchy .