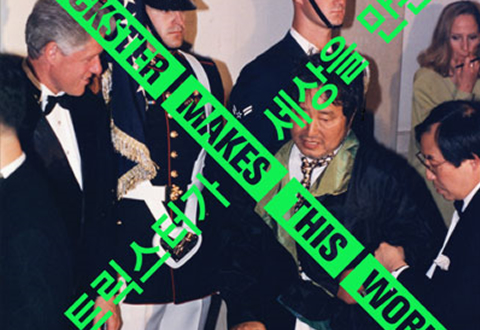 A Trickster is the agent provocateur between different worlds. He, who is hardly ever a she, is a slick mediator that utilizes their considerable powers of persuasion to conjure great fortune and courage.

The most influential “Tricksters” are the ones in the highest echelons of power who influence political and technological machinations to make their world. Using the subtle methodologies of different media formats, from the news to advertisements to entertainment, they execute their soft powers to achieve their personal goals. Such ‘mystification’ is evident in all societies, but differs in affect, infiltrating everything from cultural representations to business decisions, celebrity culture, or broad political relations.

Connecting Nam June Paik, who was always interested in the tight links between media and power, with Lewis Hyde’s renowned book Trickster Makes This World, the exhibition looks at the different philosophies and strategies to negotiate different realities. It will playfully magnify aspects of these power relations by considering a range of mediative situations, from popular entertainment, to the enticement of ‘big’ names for a cultural event, and even the coercive ploys of immanent art institutions supported by governments. The exhibition will itself be loaded with a few tricks up its proverbial sleeve, attempting to persuade its audience into taking a step through and beyond the contemporary world.

Nam June Paik himself was similarly a playful trickster. From the early days he used paradoxes and ‘kōans’ in his writing and works, such as with the essay Afterlude (commenting on his Exposition of Television exhibition in 1964) or his re-definition of TV by inventing the Video Synthesizer. 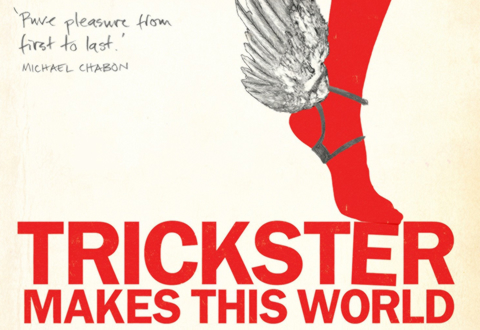 Paik’s multifaceted performances also had their final act when he was introduced to Bill & Hilary Clinton at a state gala and his trousers “accidently” fell down. If we define the Trickster as somebody who frequently uses magical, even controversial strategies to make real their ideas and ambitions, then Paik could certainly be considered as one of the most sophisticated artist tricksters of his generation.