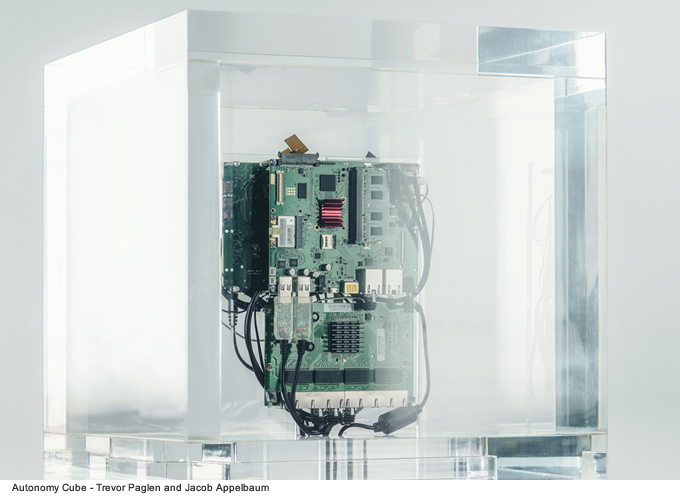 The Edith-Russ-Haus for Media Art presents the Autonomy Cube by Trevor Paglen and Jacob Appelbaum. For the first time the Cube’s Tor relay serves as an exit-node by joining into the network of volunteer-run servers providing anonymous Internet access around the world, way beyond the boundaries of the gallery space. It is also in dialogue with the institutions architectural form: reflecting on the cubic structure of the building, the sculpture and its repeaters has turned the whole Edith-Russ-Haus into an Autonomy Cube providing free, unsurveilled Internet access.

Autonomy Cube is a sculpture designed to be housed in art museums, galleries, and civic spaces. The sculpture is meant to be both “seen” and “used.” Several Internet-connected computers housed within the work create an open Wi-Fi hotspot. Anyone can join this network and use it to browse the Internet.

But Autonomy Cube does not provide a normal Internet connection. The sculpture routes all of the Wi-Fi traffic over the Tor network, a global network of thousands of volunteer-run servers, relays, and services designed to help anonymize data. 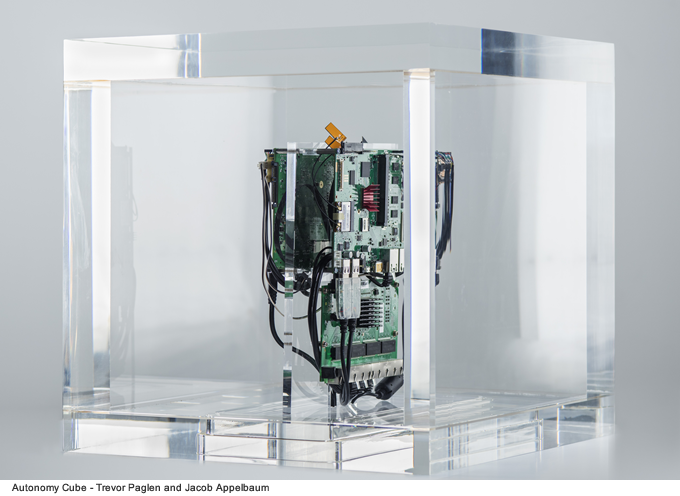 In addition, Autonomy Cube is itself a Tor relay, and can be used by others around the world to anonymize their internet use. When Autonomy Cube is installed the sculpture, the host institution, and users become part of a privacy-oriented, volunteer-run Internet infrastructure.

“…the Internet is not some standalone, separate domain where a few of life’s functions are carried out…Rather, it is the epicenter of our world, the place where virtually everything is done. It is where friends are made, where books and films are chosen, where political activism is organized, where the most private data is created and stored. It is where we develop and express our very personality and sense of self.” –Glenn Greenwald

The future of this “place,” the Internet, and the complex ways in which art can join into this discourse is thematized by the sculpture Autonomy Cube. 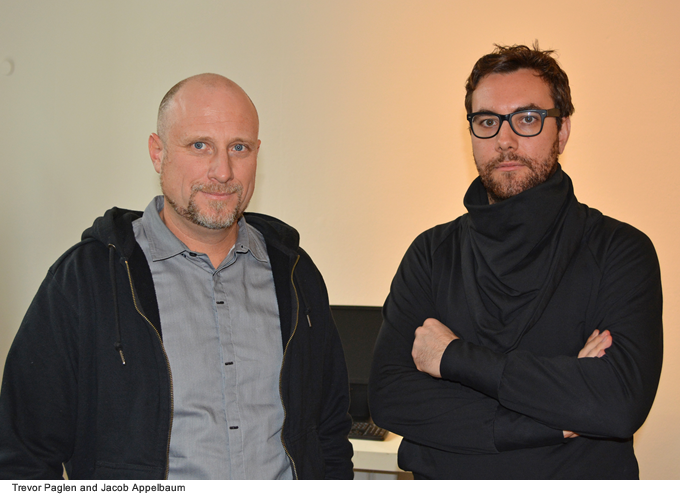 Taking its inspiration from Hans Haacke’s Condensation Cube (1963–65), this sculpture combines art, technology and civic engagement in a unique way. Autonomy Cube, however, is less inspired by the legacy of institutional critique, than it is concerned with the enactment of institutional augmentation or enhancement.

In developing an entire exhibition around a single artwork, the Edith-Russ-Haus seeks to make a statement on the proliferation of surveillance technology upon our daily lives, and the disconcerting obliviousness of public knowledge on this issue. An issue that risks transforming open societies into control states. In light of the rapidly expanding techno-sphere and after journalistic revelations exposed massive surveillance operations by powerful states without civic consent or democratic procedures, the Autonomy Cube project revives the utopian ideas from the initial years of the Internet.

In so doing, the project aims to generate necessary public debate concerning the freedom of communication and individual privacy rights (including our dignity) in an era in which we increasingly “live” online, under constant threat of espionage. 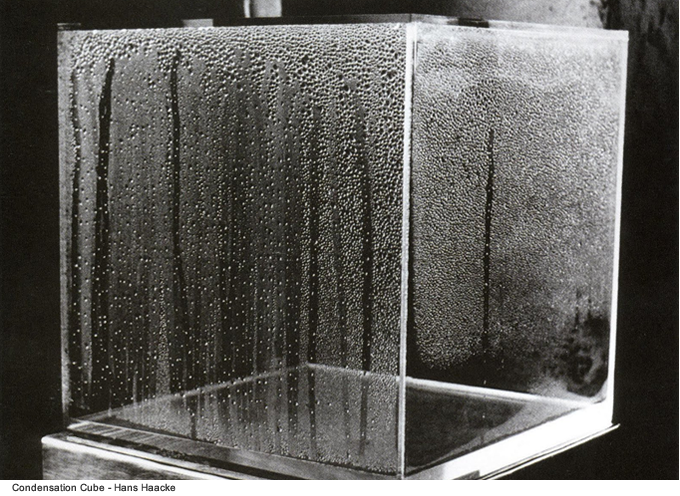 In the exhibition halls of the basement, Paglen and Appelbaum have developed additional presentations in collaboration with the curators, addressing questions of the Tor network, as well as surveillance and privacy so as to create a space that engages with the social and political contextualization having influenced the inception of the Cube. Adjacent to a public library and reading room, video screenings of talks and debates elaborate on the complex issues involved in techno-surveillance, and a visualization of the constant data flow to and from the server-sculpture will be on display to complement the Autonomy Cube as an ongoing systems-analysis.

A book, entitled Autonomy Cube will be published by Revolver Publishing Berlin, with commissioned essays by the art historian Dr. Luke Skrebowski and the architect and theoretician Keller Easterling.