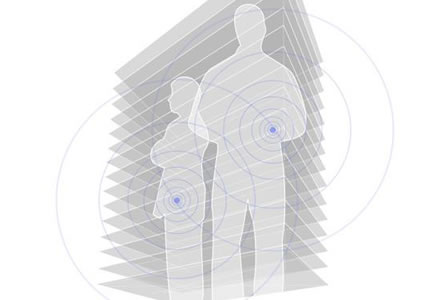 Transparent City: The ethics and aesthetics of mass-surveillance technologies.

Few realize that mobile phone carriers track the location of all mobile phone users. Tracking is, in fact, federally required by the FCC (e911 mandate) to enable authorities to locate the position of mobile phones during emergencies. Furthermore, because mobile phone carriers keep this location data for years, there is a recorded history of all the places mobile users have been – at least, while their phones were on.

While recognizing the benefits of enabling emergency responders to locate 911 callers, the fact that every mobile phone user is tracked at all times is disturbing. While Americans can take some comfort in constitutional privacy protections, other countries have no legal restrictions preventing the transformation of mobile phone technology into a massive apparatus for government control.

Transparent City is a prototype surveillance interface for tracking and visualizing all mobile phones within a city. This project seeks to explore the dangers of mass-surveillance by openly developing critical components of such technologies, particularly the advanced data-visualizations required for mass control. It is hoped that the open development process will make legible the power of mass- surveillance and open up this questionable technological progression to political engagement.