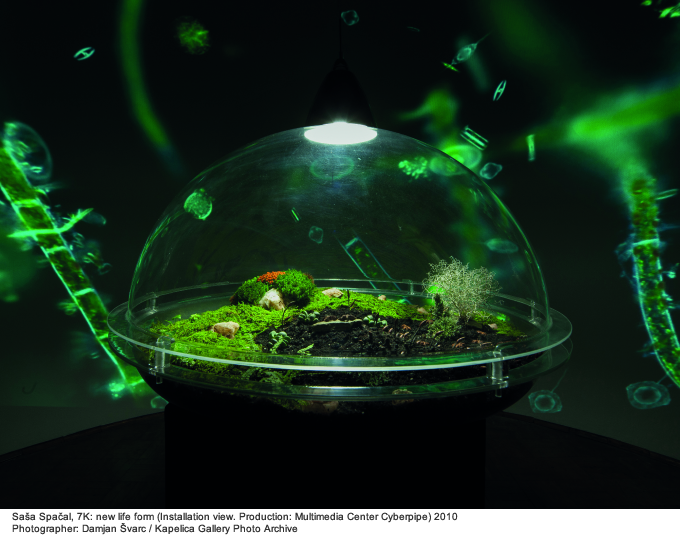 What is it that fascinates artists about science? How do they translate such inspiration? And what is their goal when engaging with science in their works?

As the number of artists and artworks exploring the intersection of art and science increases, these and other similar questions are more frequently asked, but are not always easy to answer. That the natural sciences are extremely exciting and interesting areas of knowledge is not in doubt, but who can really hope to fully understand today’s cutting-edge science, its risks and implications, without having themselves studied or researched in the field? How can artists thematize topics from disciplines such as synthetic biology, quantum physics, computational biology, chemistry, artificial intelligence, protocells, or other such extremely specialized research areas —not to mention whether they are actually able to understand what they are talking about?

In (art) history, there have always been artists that felt inspired by the work of scientists, their research and by the living world in general. Famous examples are Leonardo da Vinci or Albrecht Dürer, whose work did not even make the distinction between “art” and “science”. Later, through the German Romantic period, poets, painters, philosophers, and natural scientists inspired each other in their theoretical and practical research, using nature and the living world as their major source of inspiration and creativity. This continued into the centuries that followed, some focussing more on the theoretical — like Ernst Haeckel’s lithographies of monocellular marine organisms — while others, if only rarely, even used living material as the medium of their artwork, for instance in the Dadaist movement or in some Surrealist experiments. Picasso became fascinated by geometry, especially the geometry of four-dimensional space, through his friendship with scientists like Henri Pointcaréand by reading Einstein, while Kazimir Malevich took magnetism as the focus for a series of his writings and works after engaging with James Clerk Maxwell’s studies in that field —to name just a few examples. 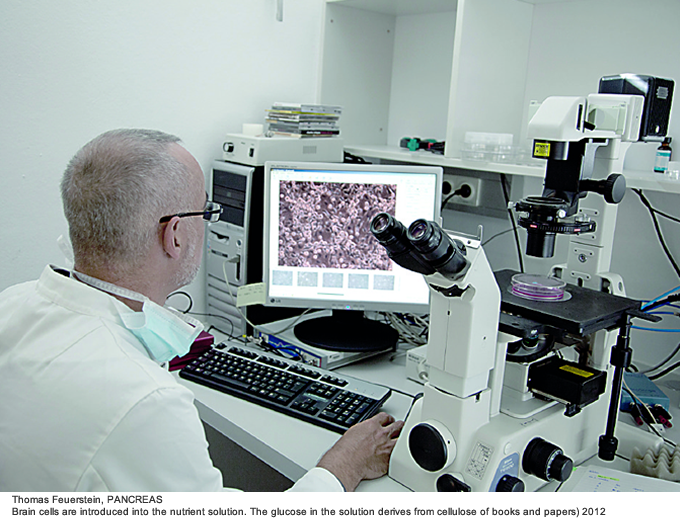 But what does such artistic involvement look like today? What are the sources of inspiration for artists whose muse is the natural sciences? How much do they really know about the hard science behind interesting sounding concepts? In what contexts do they position their works? And, most importantly, which forms of aesthetic expression result from that inspiration?

Theresa Schubert and Andrew Adamatzky are the two editors of the recently published book Experiencing the Unconventional. Science in Art (World Scientific Publishing, 2015, 356 pp) —a book that gives deep insight into the work of a series of artists, established and not, where the border between artistic and scientific research becomes blurry. Both the editors and the artists they present represent a generation of artists who often have dual degrees in both art and science, or who are independent researchers who have been involved with specific scientific disciplines over many years through collaborations with scientists and residencies in labs, universities, or scientific institutes. In so doing they have acquired highly specialized knowledge which they use as a starting point and source of inspiration for their artistic work.

In 21 chapters a total of 17 different artists and their works are presented in the book. Together their biographies detail an impressive range of education and experiences in fields such as digital and media art, computer sciences, conceptual design, philosophy of science, art history, architecture, robotics, physics, film, electrical engineering, informatics, photography, molecular biology, and others. The various essays and contributions to the book describe how these artists have both engaged with and worked within disciplines such as chemistry, macro- and microbiology, quantum physics, environmental technology and neuroscience, creating the basis for their works and projects. 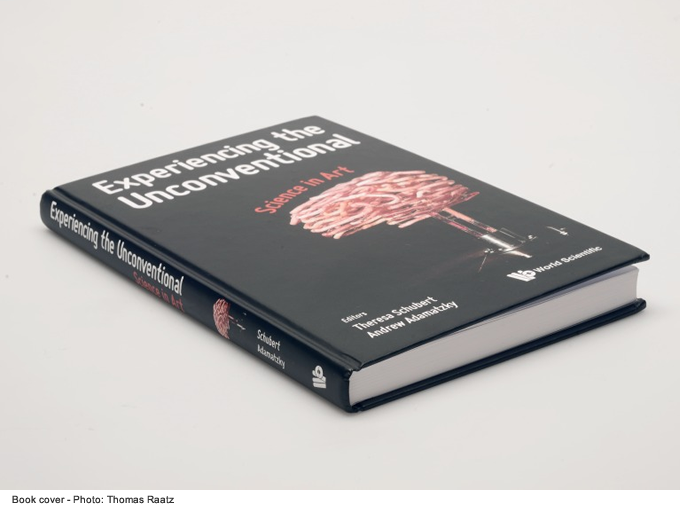 This book serves as a long awaited documentation of today’s artistic approaches in the so-called field of SciArt, Hybrid Art, Art&Science, or one of the several other labels and names for this genre. However, it is not only the insight into this still little-known field that makes this book a special read —it is much rather, or especially, the fact that almost all of the chapters have been authored by the artists themselves. This not only reveals the depth with which they have engaged with their chosen field —covering the latest research findings and theories, meticulously learning methodologies and protocols —but also their appreciation and awareness of the art historical, social, philosophical, and political contexts of the single works and projects.

With this book, Theresa Schubert and Andrew Adamatzky have demonstrated how important it has become for this generation of artists to go beyond the mere interpretation of reality and production of images, to build a profound knowledge of the science, in order both to put their works in the context of theoretical reflections —as well as the necessity and need of more extensive explanations in view of the complexity of such works.

For an audience that has so far not engaged with this kind of artistic involvement and research, some of the chapters might not be too easy a read due to their depth and density of information, covering scientific, media theoretical, and philosophical considerations. However, thanks to the diversity of styles and formats of the various authors’contributions and works the overall experience is that of an entertaining, gripping and accessible read. 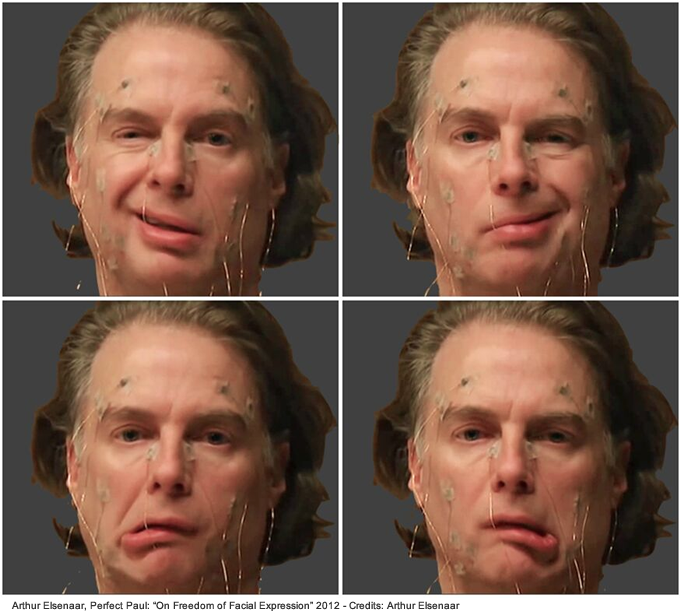 In his chapter Perfect Paul: on freedom of facial expression for example, Arthur Elsenaar leads his readers through his performance by means of a series of film stills and the transcript of the video documentation of the performance. This gives the reader an experience close to watching the live performance. A voice-synthesis machine explores and presents the prospect of human-computer communication through facial display as a means for digital computational expression through stimulation of the facial muscles via electrodes placed on the artist’s face. By contrast, Candyman, aka Thomas Feuerstein, uses the format of a fictional short story (accompanying but not directly describing his sculpture PANCREAS (2012)). By discussing with two other scientists, the story’s protagonist, the Russian scientist Sokolov, addresses questions and dilemmas related to the use and possibilities of the new biotechnologies.

In a different format again, the artist Sonja Bäumel presents a lab diary written during her work on bacterial communication as artist in residence at the Ars Electronica Futurelab and Biolab for the work Metabodies (2013). Apart from the project itself, it reveals the difficulties of artistic work and research around the natural sciences and of working in a lab instead of a studio. Jonathan Kemp offers a detailed documentation and analysis of a series of workshops titled, The Crystal World (2011-2012), whereby participants were introduced to the rarely thematized and reflected material basis and production of media art installations “to make visible, by way of its (clumsy) renderings, some of the aleatory contingencies which the cuts made by new media art theory and practice tend to obscure”.

Accompanied by many images of the works described, and partly also by additional interviews with the artists, the book gives a good overview of the different areas of the natural sciences in which these artists move, act, and work, as well as of the methods and formats chosen as means of expression for their artistic work. In addition, it also reveals the depth to which the discussion of contents and the questions addressed are worked into the process of developing ideas and the works themselves in order to embed them into the contemporary political, social, and philosophical discourse. Often the projects and concerns of these artists revolve around topics such as the ecological situation of our planet, critique of the extent and ease with which we domesticate nature, and society’s responsibility in the Anthropocene (as found in the chapter on the works of Jonathan Kemp, Saša Spačal or Gilberto Esparza). 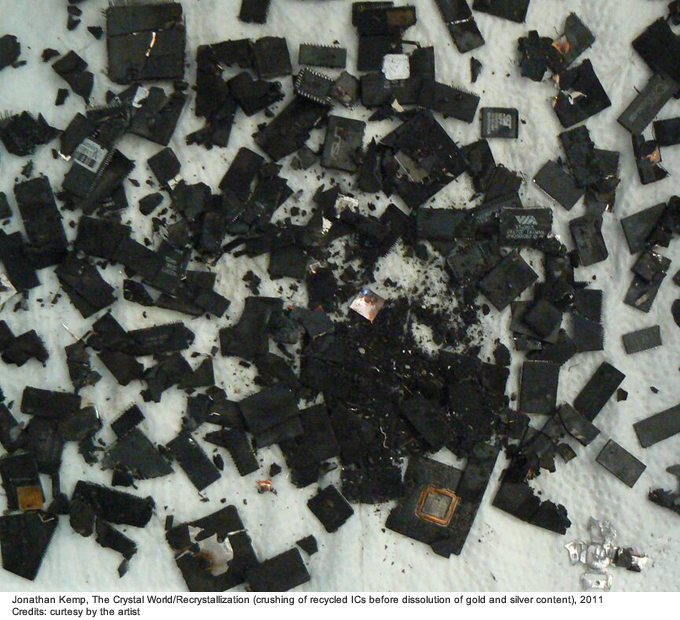 Also the critical analysis of the role of technology and science today and the extent of possible applications through ever increasing progress and advancement on the one hand, as well as the missing discussion of the cultural embeddedness and material conditions of production, is a strong focus and fertile ground for many of the projects and artistic approaches described. Here, uncomfortable ethical and philosophical questions of the changing definitions and understandings of concept such as “life” and “nature”, their commodification and exploitation are raised. In contrast to purely scientific research, the aim of this kind of science-based artistic research is not that of answering, but rather of asking the right questions.

The freedom in and of art not to be bound to highly formalized processes enables this form of research to look at how these extremely complicated and specialized methods and practices are embedded in society and the respective communities from a bigger distance, allowing scrutiny of the critical dynamics of our contemporary consumerist society and politics in times of late capitalism. Without problematizing specific recent political occurrences, artists such as Dmytri Bulatov, Thomas Feuerstein or Juan M. Castro address the relation of power and information and security and control in their writings and through the research underlying their work. They address how advancing scientific and technological possibilities become increasingly relevant due to their potentially deep interference with our lives, driven by greed, prejudice, and power plays between fundraising enterprises, food, pharma and other companies, governmental agencies and scientists alike.

Experiencing the Unconventional. Science in Art, therefore, is a great documentation. An overview of artists, established and not, who reflect upon the possibilities of pioneering scientific innovation, their history, and their effect on our society. It gives deep insight into their research, how they have been inspired to pursue their own scientific investigation within their artistic practice, and how they translate this knowledge in a creative way into works of art and lines of research. The book gives an insight into how aware these artists are of their ability and responsibility to generate new value through critical and creative thinking. Their works question, reflect and speculate on the possible scenarios we might (already) face through progress in science and technology, without loosing a sense of awe and fascination with the natural sciences: the invisible laws of physics, the microscopic worlds of micro-organisms, the fundamental chemical nature of materials or the matter of life. 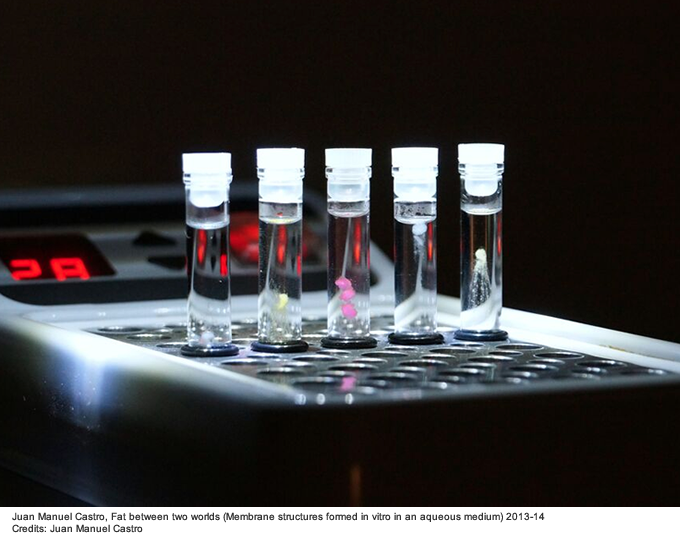 Andrew Adamatzkyis Professor in Unconventional Computing in the Department of Computer Science, Director of the Unconventional Computing Centre, and a member of Bristol Robotics Lab. Adamatzky is known for his research in unconventional computing. In particular, he has worked on chemical computers using reaction-diffusion processes. He has used slime moulds to plan potential routes for roadway systems and as components of nanorobotic systems, and discovered that they seek out sedatives in preference to nutrients.

Theresa Schubertis a post-media artist and researcher at the intersection of art and science. She investigates the role of creativity and collaboration from a post-humanperspective. Her research stems from the areas of biological-based art, digital art and DIY practices and addresses topics of self-organisation, stigmergy, randomness, computational geometry, morphology, and pattern generation. Currently she works as a researcher at the Bauhaus-University Weimar.