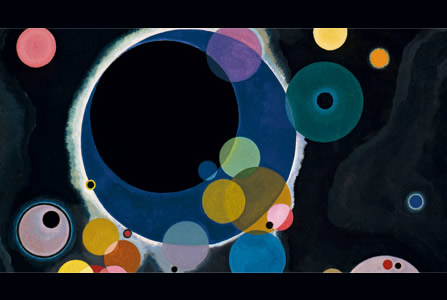 In conjunction with the final days of the Kandinsky exhibition on view through January 13, the Solomon R. Guggenheim Museum is pleased to announce The Universe Resounds: Kandinsky, Synesthesia, and Art, an interdisciplinary examination of painting, synesthesia, and abstraction from modern to contemporary times, including from the perspectives of art history, neuroscience, music, film, physics, and performance. A reception and exhibition viewing follows the symposium. 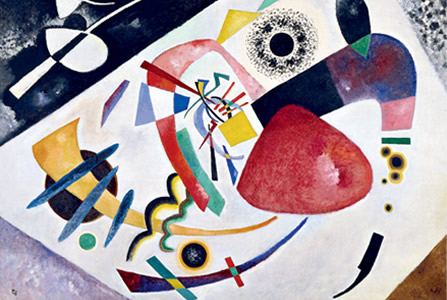 Science & the Arts at the CUNY Graduate Center and the Sackler Center for Arts Education are pleased to announce an Eyetracking Forum. This session for art and science professionals examines the science of eyetracking from multiple perspectives, including filmmaking, interface technology, psychology, and data visualization, and concludes with an exhibition walkthrough.

– Isaac Dimitrovsky is a programmer who lives and works in New York.

– Rebecca Shulman Herz is Senior Education Manager of the Learning Through Art program at the Solomon R. Guggenheim Museum and author of Looking at Art in the Classroom: Art Investigations from the Guggenheim Museum (Teachers College Press, 2010).

– Bruce Homer is Associate Professor for the Ph.D. Program in Educational Psychology at the CUNY Graduate Center.

– Adrienne Klein is Co-Director of Science & the Arts at the CUNY Graduate Center.

– Grahame Weinbren is an interactive filmmaker whose work is represented in the permanent collection of the Guggenheim Museum; he is also a member of the graduate faculty of the School of Visual Arts, New York.