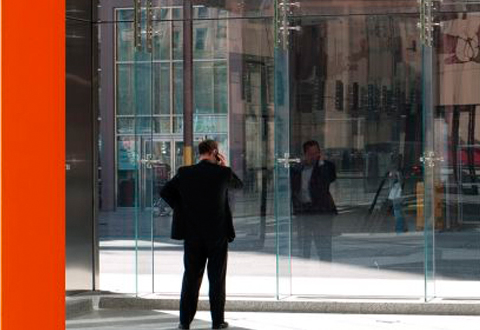 Curated by Gregory Burke, Director of The Power Plant

Fall 2010 at The Power Plant features the premiere of two new projects by two acclaimed artists as part of the gallery’s annual Commissioning Program, which has seen the creation of new work by artists such as Rafael Lozano-Hemmer, Simon Starling, Scott Lyall, Candice Breitz, and Lawrence Weiner. The 2010 Commissions have been awarded to senior Canadian artist Ian Wallace and mid-career Californian artist Pae White. Both artists’ commissions act as the centrepieces of their respective solo exhibitions on view at The Power Plant.

For over four decades, renowned Vancouver artist Ian Wallace has drawn on both the broad sweep of art history as well as more recent developments in contemporary art to inform a wide range of innovative and conceptually rigorous installation, performance, painting, and photographic practices. The photographic image has been a consistent component in his practice, from his early pieces in the 1970s, to the works that came to characterize his practice in the 1990s, where photographic images were sutured into gridded canvases and frequently juxtaposed with painted monochrome sections.

Wallace’s Commission for The Power Plant is The Economy of the Image, a major multi-part new installation revolving around a suite of twelve large-scale photo-lamination paintings titled, Abstract Paintings I–XII (The Financial District). Here Wallace focuses his attention on the streetscape of Canada’s largest financial district, emanating from the intersection of Wellington and Bay Streets in downtown Toronto. The series continues and extends Wallace’s social analysis of the everyday, particularly in relation to urban environments where the legacies of modernism are actualized. The twelve new paintings are contextualized by a group of works originally made in the late 1960s and early 1970s, including both photographic works and sculptural “concept pieces.”

Ian Wallace (born in Shoreham, U.K., 1943) has been exhibiting since the late 1960s and, as a teacher at the Emily Carr Institute of Art + Design from 1972 to 1998, has contributed greatly to the development of contemporary Canadian art. A survey of his work was held at Kunstverein für die Rheinlande und Westfalen in Düsseldorf, Witte de With in Rotterdam and Kunsthalle Zurich in 2008. 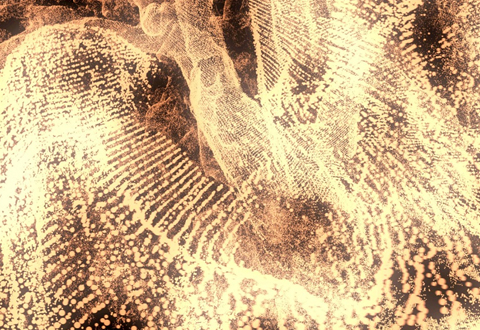 American artist Pae White’s exhilarating and experimental oeuvre has continued to evolve in its roaming across different material forms and contexts—including expansive sculptures and installations, public art work, interior and graphic design projects, textiles and animation—with a sense of exuberant abandon. White revels in the rapport between art, design, the applied arts, and architecture while questioning the traditional and often nebulous boundaries between them. Simultaneously evoking the material and the immaterial, White’s exhibition Material Mutters at The Power Plant surveys her work from the past five years in a range of media, with a focus on her monumental tapestries.

White began creating massive tapestries in 2004, ambitious undertakings that used digitally manipulated photos of crumpled aluminum foil, plumes of smoke and dynamic collages of collected scraps of image, pattern, colour and text as their content. White’s ambitious Commission for The Power Plant is the striking Sea Beast, a large-scale tapestry featuring an image of a found macramé wall hanging. The piece signals a new visual direction in her work while representing her continued practice of mixing incongruous materials and appropriating scraps and ephemera. The survey contextualizes Sea Beast with many of White’s past tapestries of epic scale, as well as two video projections and a series of new works on paper, Smoke Studies, also produced for the exhibition.

Pae White (born in Pasadena, CA, 1963) currently lives and works in Los Angeles. She was included in the Skulptur Projekte Münster 07 (2007), the 53rd Venice Biennale (2009) and the Whitney Biennial (2010). Recent solo exhibitions have been held at the Hirshhorn Museum and Sculpture Garden, Washington, D.C. (2007) and the Scottsdale Museum of Contemporary Art, Arizona (2008).