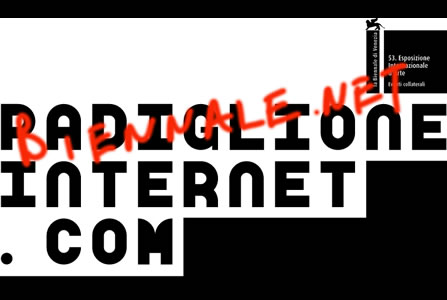 At the 53rd Venice Biennial, a completely new pavilion will be presented – the Internet Pavilion. With the theme for this year’s biennial, “Making Worlds”, it is only logical that the Internet is represented, for the first time, by a pavilion of its own.

The Internet is a new part of our world that has never been represented in Venice. It is a different territory from the existing pavilions. The Internet is not defined by physical or geographical borders, nationalities, or a specific language. The Net is still new and developed with such speed that its legislation, as well as its impact on our lives, is under constant redefinition.

The Internet is transforming our lives and senses; it is transforming the way we behave, communicate, share information and develop ideas. As this is what we often say art does, it is of special interest to present the Internet Pavilion at the Venice Biennial.

The Pavilion is composed by two websites:

– PadiglioneInternet.com, hosts a collaboration by Miltos Manetas and Rafael Rozendaal. It will open on June 03 and similar to the physical buildings of the Biennial, it will close down in November.

– Biennale.net, holds the discussion and the history of the project and at the same time, it is the “entrance” for a number of collateral exhibitions and projects. 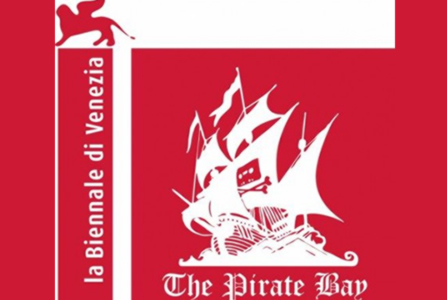 – An online show with Chinese Internet artists. (it will open later this Summer)

– The second updated edition of “Random Rules”: A Chanel of Artists’ selections from YouTube curated by Marina Fokidis (it will open later this fall)

– “PAGES” by Christian Wassmann. A piece of architecture that turns Internet into space and space into Internet. Mr. Wassmann will build “PAGES”- which he brought it with him in pieces from NY-at S.A.L.E on June 03. A video that explains Mr. Wassmann mental process can be found at http://padiglioneinternet.com/architecture

– The “Book of Si” by Colin Payne and Miltos Manetas. A modern “Book of Sand” in the tradition of Borges where a webpage can be found only once and never again.

During the preparation of the Internet Pavilion a number of stakeholders from the various ranks of the Internet industry has been contacted, commercial as well as non-commercial. This is an investigation of the fact the digital territory is introduced at the Venice Biennial for the very first time.

These might operate independently, outside of the “official” terrain of the Venice Biennial and the Padiglione Internet, creating a contrast between cultural elite and the different creative powers of the Net. Between others we highlight here the presence of Tiscali, which will offering free WiFi via the visitors of Biennale.net and the PirateBay.org and their project Embassy of Piracy, also hosted by S.A.L.E.S