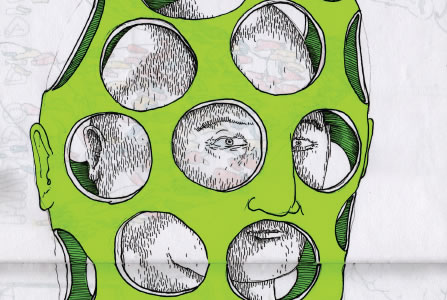 Welcome to the fifth chapter of the Influencers project, a festival dedicated to exploring unconventional weapons of mass communication. Over the past few years Influencers has been defined as a gallery of unclassifiable projects, an investigation on guerrilla communication, a demonstration of present-day science fiction and even a talk show that can’t be seen on TV, but in the end, Influencers is simply a laboratory of ideas, a think-tank which for three intense days tries to interweave tales of subversion, manipulation and the transformation of live elements from contemporary culture.

The principal characters of Influencers are the 8 invited projects, examples of direct interventions in the heart of the global jungle, down amongst the soldiers of consumer culture, low-cost information, the latest trends and technology fetishism. A territory where, despite everything, frontiers are fluid and continuously crossed and are difficult to control due to gusts of alternative ideas.

The voracity of commercial culture and the infiltrating capacity of alternative culture provoke mutations in both, at times as fast and dazzling as lightening, at others with a capacity to slowly erode common expectations. The invited projects in The Influencers are examples of these highly potential mutations, brought about with visionary spirit, intelligence and relatively limited budgets.

Over the past five years The Influencers has interwoven very diverse practices and this time will be no exception: graffiti, semi-digital or analogical technology, literature, public performance, anti-propaganda, memetics and myth-making. We do not break frontiers between disciplines for the pleasure of it, but that nowadays this is simply inevitable. We are attracted to the uncontrolled mix between alternative and mass cultures and look for practical ideas, stories and anecdotes that express a new point of view and of course, the last we are interested in is that these are all expressed in the same language. 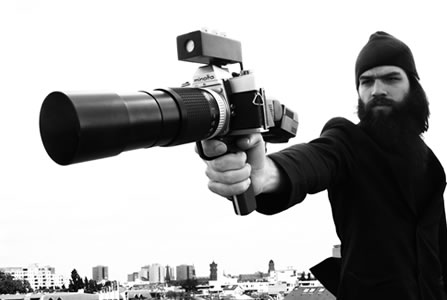 However, what they do have in common which marks them apart is their taste for risk, the impulse that moves the authors of these projects to build dangerous machines, act politically incorrectly, use anachronous technology or simply to defy common sense.