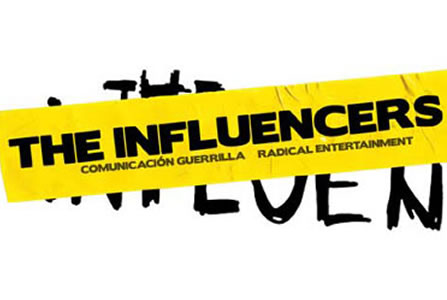 The key to The Influencers is found in its guests and stories: impostors, pseudo-totalitarian musicians, conceptual hackers, deviant geographers, anarchitects and actors from invisible theatre. In these three days they are going to present their work, show known and less known material and speak with the public about challenges, goals and strategies.

With The Influencers, the border between disciplines is erased (since the message really is the message, and the medium is just a tactic), links between apparently distant projects are found, and bold genealogies are drawn between different countries and generations. Ambiguities are also explored and contradictions are discussed. In the manipulation of everyday symbols, as well as within what is excessive and politically incorrect, we will possibly find inspiration for changing the present and imagining the future. 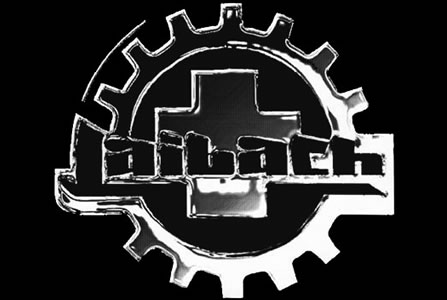 A writer, filmmaker and actor, Abel is mostly known for being one of the fathers of media falsification, having professionally tricked all types of media for 50 years. His career as a “media trickster” began almost by chance at the end of the 1950’s, when he noticed that the press was taking his false and absurd crusade against animal nudity seriously. Throughout all these years, he has continued to create new set-ups and extravagant plans to provoke the media and give a kick to people’s intelligence.

Alterazioni Video (Alteration Video) was founded in 2004 as a commercial multimedia production company with the explicit aim of ensuring that the necessary resources would be available for carrying out radical interventions in the world of art and at the points of intersection with cultural industries. Some of Alterazioni Video’s favourite actions have included videos, publishing books, interactive sales of hashish, heavy-metal blast “weaponry”, appropriation of the frequencies of Bluetooth mobile phones and short wave radio and even the production of gourmet olive oil. The group’s different interventions can be considered as actions within the public space and modern-day imagination in order to rethink the borders between truth and falsehood and what is legal and illegal, and to create situations that insinuate reality and distort its vision.

Brody Condon is a pioneer in the use of videogames as a starting point for the creation of sculptures, performances and video-installations. With a hacker’s logic and a recombinant attitude, this New York-based artist modifies existing titles or mixes a part of their elements with references to popular culture, contemporary art and events from recent history. Condon explores the terrain between the fiction of games and authentic collective experiences. The obsession with violence, both in the games and in the media, is processed and reflected back through a distorted mirror. It is not a parody, but actually the complete opposite: what is at stake is the possibility of provoking a short-circuit between the representation of violence and the perception of real violence.

Beginning in 1980 as artists, experimental musicians and social agitators, Laibach has been censored since its first public performance. In 1984 Laibach created a larger organisation together with the IRWIN visual artists and the performers from the Scipion Nasice group, which led to the forming of the NSK (Neue Slowenische Kunst) aesthetic movement, considered to be one of the most powerful and controversial artistic experiments of recent decades. Laibach became famous during the 1980s and 1990s for its experiments in industrial, disco and sampled music, combining elements of popular cultural with political subversion, mixing high culture with sub-cultural provocation and questioning our “normal” expectations of art and politics in a post-industrial and post-Cold War era.

monochrom is a worldwide operating collective dealing with technology, art, context hacking and philosophy and was founded in 1993. So to sum up, monochrom is an unpeculiar mixture of proto-aesthetic fringe work, pop attitude, subcultural science and political activism. Their mission is conducted everywhere, but first and foremost in culture-archeological digs into the seats (and pockets) of ideology and entertainment. monochrom released a leftist retro-gaming project, established a 1 baud semaphore line through the streets of San Francisco, started an illegal space race through Los Angeles, buried people alive in Vancouver, and cracked the hierarchies of the art system with The Thomann Project. In Austria they ate blood sausages made from their own blood in order to criticize the grotesque neoliberal formation of the world economy.

The atypical and utopian works of Santiago Cirugeda may be described as procedures for singling out empty areas in urban space and bestowing them with a purpose via improper use. An expert in guerrilla housing, Cirugeda stretches the limits of legality in order to find “illegal” loopholes and develop strategies for survival, changing architecture into social art, as well as an intervention into the collective imagination.

In a review in The New York Times, Trevor Paglen was defined as “a geographer by training, a conspiracy theorist by instinct and an investigative reporter by avocation”. His most recent projects are up-close investigations of state secrets, the Californian prison system and practices of “extraordinary rendition” (i.e., the transport of terrorist suspects in post-9/11 US government lingo) used by the CIA in the last few years via secret flights and ghost airline companies. His work blurs the boundary between social science and contemporary art by aiming to create unexpected and meticulously documented ways of visualising the anomalous practices of the authorities as well as weird military subcultures.