The Gate of Milan The final exposition 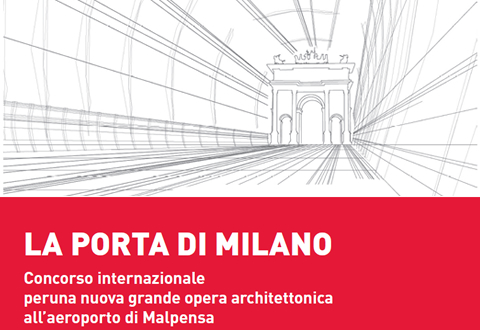 The next 30th of September, at the Urban Center Milano within Galleria Vittorio Emanuele II in Milan, the exhibition of the international architecture competition “The Gate of Milan” winning project and finalists, will open. The exposition, sponsored by Urban Centre Milano, will remain active from the 1st to 25th of October 2010, from Monday to Friday, from 09.00 to 18.00 and free admission.

“La Porta di Milano – The Gateway to Milan” is a new architectural project which foresees the creation of an area of significant aesthetic value and which virtually represents the “Twelfth Gateway” to the city of Milan. The Gateway to Milan, which will be implemented between Malpensa airport and the Malpensa Express railway station, will be an area of significant creative impact, a perfect fusion of art and architecture. A unique and representative work with which Milan will welcome the world in a new way: an emotional and memorable route, of significant aesthetic value and visual impact which will go straight to the traveller’s heart and mind.

With the competition launched in June 2009, SEA Aeroporti di Milano, has summoned from Italy and around the world architects and designers to bring to life a project uniting the airport with the city, with a highly symbolic content of light and sound, material and colour. The initiative, promoted by SEA, has involved not only the Italian but also the worldwide architecture and design sector. The initiative has created significant interest: 81 proposals were made and over 20% of the proposed projects come from foreign – European, American,Asian and African – architects and designers.

“La Soglia Magica” is the winning idea of the competition. Works to realized the project started in September 2010. 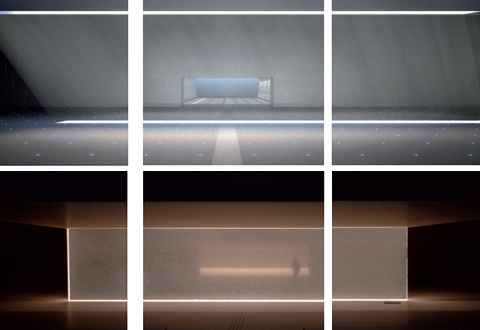 The “Gateway to Milan” is represented by a virtual threshold constituted by a blade of light. Passengers in transit pass through this luminous threshold as they would through an imperceptible curtain, due to the effect of materialisation of light obtained by an ecological nebuliser. The geometric, light and colour variations record the path of the sun and follow the circadian rhythm of the physiological processes of passengers which can be modulated by external stimuli, such as light. In the evening and at night, the blade of light is obtained by an artificial lighting system. In practice, the Gateway to Milan has two configurations which can be adopted according to circumstances: the first foresees passing through an nebulised curtain obtained using natural light; the second, to be adopted after sunset, foresees passage through a luminous threshold obtained using artificial light.

The inscription by Alberto Garutti, “All steps taken during my life have led me here, now” on a stone in the floor of the new internal entrance hall is part of a work comprising fifty pieces with this inscription spread over a large area around Malpensa airport, suggesting the multiplicity of destinations which can be reached from this gateway. The new area, in which an exhibition space is foreseen, has flooring with luminous points just like the lights along the airport runway. The ceiling of the new area comprises a roof garden flanked by two small birch-tree woods which can be seen from the arrivals level.

The Gateway to Milan is a threshold travellers walk through in both directions in the new area strategically located between the airport and the railway station. It is a “pivot” area: pathway and exhibition in its dual function of meeting and transit point for passengers coming from or going to the car parks, trains, shuttles and aircrafts.

Even though it is not the intention to solve the issue of the Gateway to Milan, with an exhibition route, the new area dedicated to the constitution of a highly symbolic entrance to the various destinations to and from Malpensa airport has also been conceived to host complementary exhibition activity. Conceived as a flexible and modular exhibition space, suitable for hosting events, exhibitions and installations, it is itself a spatial and environmental event, a piece of scenic machinery able to capture and mould natural (in the daytime) and artificial (at night) light into geometries, colours and shapes, making it refract in a cloud of nebulised vapour.

The space, with an area of about 900 sqm, has a stereometric shape able to stand out and be recognised among existing buildings: a kind of monolith with a horizontal slit and diagonal shapeto provide, from nearby areas, the view of the contemplative roof garden. Effectively, the roof of the new hall appears from the road as a roof garden, evoking the idea of an impluvium from which light from above passes to create the threshold of the Gateway to Milan. The garden on the inclined plane of the rectangular perimeter is flanked by two groups of birch trees. So also from the road level a welcoming view is provided both day and night. With this solution, an important connection with the new Sheraton hotel building is created. 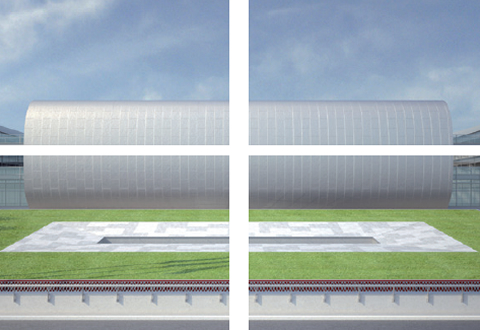 The work consists a stone placed in the floor, installed in order to be co-planar with the same. On the stone, the following text is engraved: “All steps taken during my life have led me here, now”.

The work is aimed at all passers-by, citizens or travellers, who for a brief moment on passing through the airport stop to read this short text engraved on the floor. In this way, the work explores the extensive network of relations each person establishes during their existence, suddenly revealing the complexity of their life to the spectator, underlining the value of kinetic and potential energy enclosed in the life of each of us, a kind of map of infinite voyages, infinite existences, thousands of relationships, a metaphor of a complex, stratified and ubiquitous society such as our own.