The end of oil 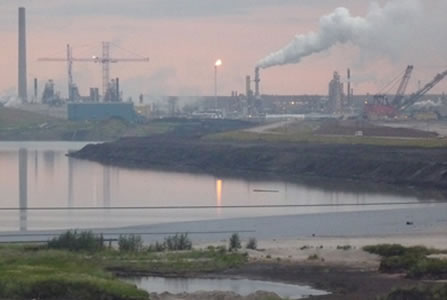 A project of SEA (Social-Environmental Aesthetics), The End of Oil is an exhibition of photography, prints, videos, installations and new media that addresses human dependence on oil and other fossil fuels; the ramifications that this dependency has on the future of the environment and of global geopolitics; and the recent push towards viable alternative energy resources.

In July 2008, the Organization of Petroleum Exporting Companies (OPEC) announced that the price per barrel of oil had climbed above $130. About five months later, in December 2008, the New York Times reported that oil had fallen below $40 a barrel, less than a third of the July 2008 price. In the first six months of 2009, oil prices seem to have steadied around $55 a barrel. These fluctuating oil prices are evidence of the instability of global oil markets and reminders of our urgent need to develop alternative fuels and forms of energy.

The works in this exhibition draw attention to and investigate the violent conflicts (such as in Nigeria, Burma and Sudan) and negative environmental effects that result from mining and drilling; the politicization of the oil industry; carbon-footprinting; and renewable energy options, such as vegetable and electric-powered cars, geothermal energy, and solar power. The End of Oil does not prophesize a dystopian future, but looks critically at the way in which we use and generate energy, encouraging a dialogue on this issue for the benefit of future generations.

Following the inaugural reading of this series, which brought Maine-based poet Jonathan Skinner to Exit Art, poet Marcella Durand will read a selection of her poems and discuss her work in relation to The End of Oil. Q & A and reception to follow. Conceived and organized by E.J. McAdams, poet and Associate Director of Philanthropy at The Nature Conservancy, New York City. Free. Cash bar.

Marcella Durand‘s recent books are Traffic & Weather (Futurepoem, 2008), AREA (Belladonna, 2008), and The Anatomy of Oil (Belladonna, 2005). Other books include Western Capital Rhapsodies, City of Ports, and Lapsus Linguae. Her poems and essays have appeared in Conjunctions, The Canary, Denver Quarterly, Chain, The Poker, Verse, NYFA Current, and other journals. She has given talks on the intersections of poetry and ecology at Kelly Writers House, Small Press Traffic, Dactyl Foundation, Stella Adler Studio of Acting, and other venues. Excerpts from her ongoing collaboration with Tina Darragh, based on environmental science, Deep Ecology and Francis Ponge, have appeared in Anomaly, How(2), and Ecopoetics. Currently, she is translating Michele Metai’s Les horizons du sol / Earth’s Horizons, a history of the geological formation of Marseille written within a Oulipian formal constraint; a section of her translation appeared last year in The Nation. 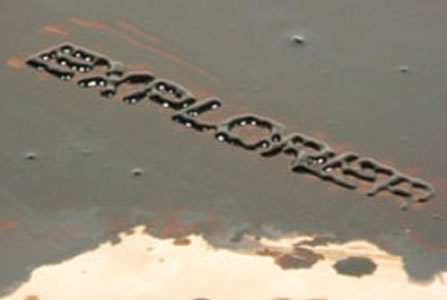 THE END OF OIL SCREENING SERIES

The End of Oil Screening Series consists of films that explore topics such as peak oil; the impact of coal mining and oil drilling; dwindling oil resources; and the effect of this environmental crisis on the economy.

The Great Squeeze: Surviving the Human Project
(June 20 and 27)

The Power of Community: How Cuba Survived Peak Oil
(July 25)

SEA (Social-Environmental Aesthetics)
SEA is a unique endeavor that presents a diverse multimedia exhibition program and permanent archive of artworks that address social and environmental concerns. SEA will assemble artists, activists, scientists and scholars to address environmental issues through presentations of visual art, performances, panels and lecture series that will communicate international activities concerning environmental and social activism. SEA will occupy a permanent space in Exit Underground, a 3000 square-foot, multi-media performance, film and exhibition venue underneath Exit Artâ€™s main gallery space. The SEA archive will be a permanent archive of information, images and videos that will be a continuous source for upcoming exhibitions and projects. Central to SEAâ€™s mission is to provide a vehicle through which the public can be made aware of socially- and environmentally-engaged work, and to provide a forum for collaboration between artists, scientists, activists, scholars and the public. SEA functions as an initiative where individuals can join together in dialogue about issues that affect our daily lives.

CONCEPTPLUS
Exit Art currently works with a curatorial model called ConceptPlus, which begins with a theme or concept that is then publicized through a call for proposals. For each ConceptPlus idea, the curators first chose a group of artists that form the base of the exhibition. Then Exit Art issues an international call for artists to propose new or newly-contextualized work in response to a given theme or cultural condition. The exhibition is then curated by Exit Artâ€™s curatorial staff, who view all the proposals for new work and work samples submitted by artists and select projects to be presented and/or commissioned for the exhibition. Every artist who submits a proposal has equal access to the curators, regardless of their previous experience, making ConceptPlus a highly democratic curatorial model. Recent ConceptPlus exhibitions at Exit Art have addressed ideas ranging from the reconstruction of global cities (Exit Biennial: Reconstruction, 2003) to the image of America’s highest office (The Presidency, 2004), to contemporary Latino icons (L-Factor, 2005) to neuroscience innovations (BrainWave: Common Senses, 2008). A fundamental precept of the ConceptPlus model is to remove barriers to cultural participation by creating exhibition opportunities limited only by the artistic idea itself. As we have implemented this model over the past five years, Exit Art has seen a dramatic rise in both the number and geographic diversity of artists submitting proposals in response to our open calls. ConceptPlus also enables us to directly support the production of new work, as an increasing proportion of artists propose new projects that are commissioned exclusively for Exit Art exhibitions.

ABOUT EXIT ART
Exit Art is an independent vision of contemporary culture. We are prepared to react immediately to important issues that affect our lives. We do experimental, historical and unique presentations of aesthetic, social, political and environmental issues. We absorb cultural differences that become prototype exhibitions. We are a center for multiple disciplines. Exit Art is a 25 year old cultural center in New York City founded by Directors Jeanette Ingberman and Papo Colo, that has grown from a pioneering alternative art space, into a model artistic center for the 21st century committed to supporting artists whose quality of work reflects the transformations of our culture. Exit Art is internationally recognized for its unmatched spirit of inventiveness and consistent ability to anticipate the newest trends in the culture. With a substantial reputation for curatorial innovation and depth of programming in diverse media, Exit Art is always changing.