The Audiovisual Breakthrough by Ana Carvalho

The question asked is rather – if we consider the myriads of definitions associated with the above mentioned practices – what are the main and most common of these, and what do they mean, which are their origins, and what areas do they cover. The curators Ana Carvalho and Cornelia Lund chose six definitions from the varied landscape of terms used by festival, curators, artists, and theoreticians: Visual Music, Expanded Cinema, Live Cinema, Vjing, Live Audiovisual Performance. These terms constitute the backbone of the book, six chapters, six points of view, six different authors.

A group, which was created first as a research and discussion group for the 2014 edition of the sound:frame festival, agreed upon outputting their work in a book tackling the issues at stake. The issues are about phenomena which stay unfortunately implicit in discourses which focus mainly on a theoretical analysis of the state of the arts in relation to the debates that each definition gathers around itself. 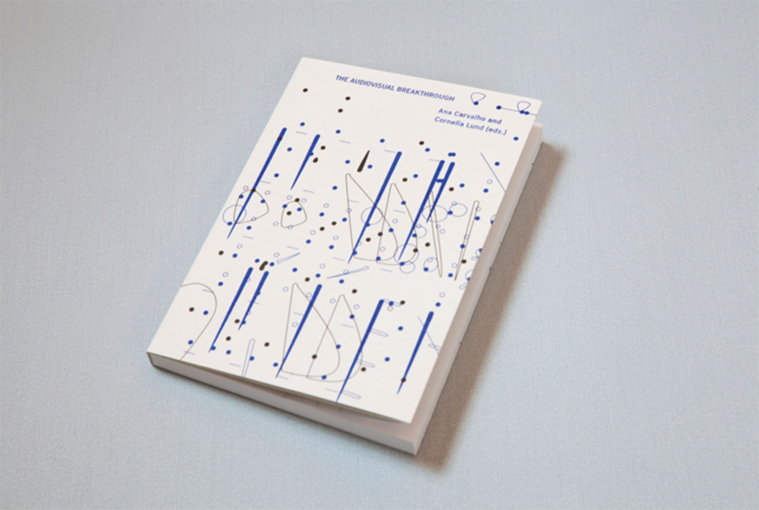 This book is collaborative and manifold object, as the practices discussed in it are, and also in relation to the other contents which appear during the reading. Along with the chapters we find, in fact, the results of a survey conducted among artists and professionals from the fields of audiovisual experimentation, and quotes. This addition allowed to verify the premises of the book, opening up to an enlarged, heterogeneous, and transnational community of individuals, professionals, practitioners.

The result is a series of qualitative and quantitative suggestions distributed casually in the book, as an attempt to investigate the ways in which those who operate within the audiovisual field work and define their own roles. The visual contributions in the book are by Eva-Maria Offermann, German graphic designer who translates the flux of information into graphic elements which accompany the reader which, even if they don’t compensate for the relinquishment of actual analyses and comments of data, represent an attempt of translating this baggage of knowledges into visual forms and rhythms.

Overall, “The Audiovisual Breakthrough” doesn’t represent a theoretical turning point, it doesn’t build new perspectives about the discourses revolving around the contemporary audiovisual practices. However, this might not even be the goal of the project. The book is instead a reasoned collection which isolates and condensates a series of debates and contributions which are more or less fundamental.

As a matter of fact, it constitutes, as many editorial enterprises of the last years, a useful presence in academic education, from which it is possible to create new paths of research about the intersections among moving image, sound, time, and space.

We interviewed Ana Carvalho, theoretician and artist, co-curator of the book, and one of the representatives of live audiovisual practices of the last years. Our dialogue touched the state of the arts, the possible future directions of the production and the construction of knowledge in this hybrid and unstable field. Starting from “The Audiovisual Breakthrough”, and beyond. 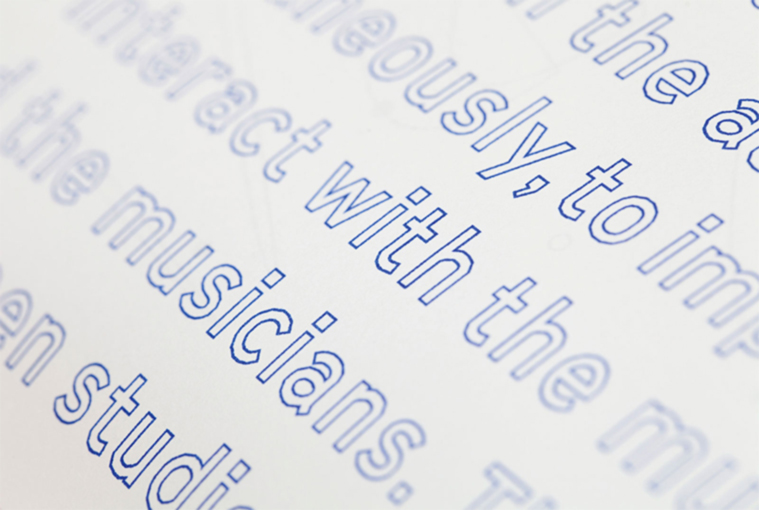 Claudia D’Alonzo: One of the purposes of the book is to map the heterogeneity of contemporary audiovisual live production not through their practices but through the multiform variety of common definitions used by artists, festivals, curators, scholars and others. In doing so, references to works or artists rarely emerge in the book. Would you tell me more about this aspect and the choice to focus the discourse just on theories without case studies or examples?

Ana Carvalho: As a way to keep the heterogeneity, in general, the book does not emphasize specific works or identify key artists or curators. Previous literature on the subjects has done so very well. Each one of the terms is not related to specific aesthetics or technology. By choosing to take the emphasis from case studies and examples, the book’s focus is the actual definitions e related problematic. It would be gorgeous if the connection between  the definitions and the practice starts  with artists, theorists and curators start to make the connections on the opposite direction, that is, when practitioners refer to one of the definitions in the book that best suites and describes her or his work, text or event.

Claudia D’Alonzo: While declaring the need to leave the borders open and flexible, the book sets a range of definitions and gathers the main theoretical debate references, both historical and contemporary. I would like to propose you a reverse operation. In light of the work on the book and your previous experience as a scholar and performer, which main similarities and main differences do you see between the different areas corresponding to each definition?

Ana Carvalho: Underlining all the possible flexibility experienced in many performances, events and festivals, what is common to all definitions is the interrelation established between sound and image and the deep interest to expand and question both aesthetic and technological limits. Each one of the practices does this differently, informed by their particular combinations, through collective teams, with different knowledge and historical references. 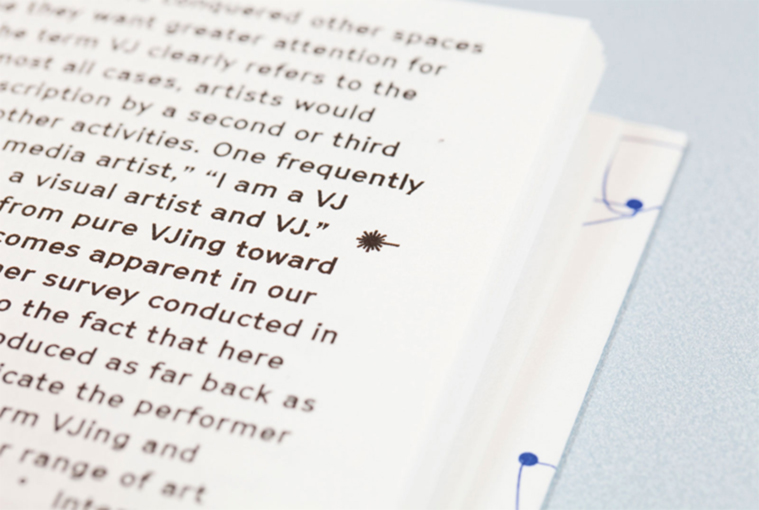 Claudia D’Alonzo: One of the most original aspects of the book project is the survey. Would you describe me how you project and realize it? For instance: which methodologies have been applied, how the sample has been constructed, how many people have been involved. More important: how its results have been included in the theoretical writing of each chapter.

Ana Carvalho: Although there are no examples nor case studies, that is, although the book doesn’t have specific artists or works under the spotlight, it was develop together and in response to the community of practices it was made for through the survey. The survey was created and organized by Mary Pfeifer based on the input from editors and writers.

There was an initial group to whom we send the questionnaire, adjustments have been made, and then it was send, through personal emails, mailing lists and social networks, to artists to participate in it. The survey was concluded before the texts and each author could choose to refer or not to the survey. As editors we decided to present the highlights of the survey rather than its totality using graphics created by Eva-Maria Offermann, the designer of the book.

Claudia D’Alonzo:  In the introduction you told as one of the episodes that has given the idea of the book is a review of LaptopsRus Conference curators: they were ‘not doing any Vjing any more but  AV performance. I took part in the conference and I remember that there and elsewhere this type of comments were frequent, both among artists and organizers of festivals and events. Among the definitions included in the book, the VJing one is the more ‘problematic’, because is often perceived by artists as reductive and demeaning. What do you think are the historical origins and contemporary reasons for this perception of VJing definition?

Ana Carvalho: VJing is as problematic as it is powerful as definition. In my opinion, the definition by Mark Amerika of the VJ as the most radical and contemporary artist, in his text “The Portrait of the VJ” is really interesting. It brings to the fore its most interesting features that can describe a VJ, such as someone with a nomadic lifestyle, a positive and profound connection between human and technology, creator of art that is put into other places besides the art structures. I read the text and can only think of VJing as an avant-garde of the XXI century. All this is as true as the problems that Eva Fisher describes in her text. 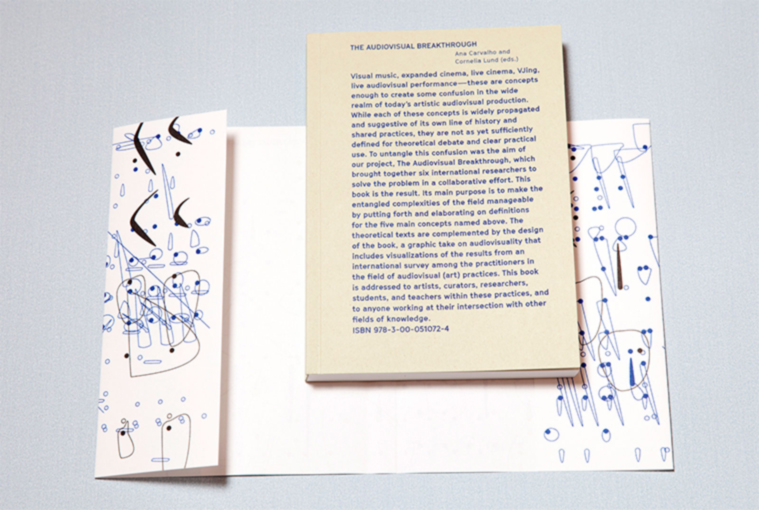 Claudia D’Alonzo: In the book, the reference to the contexts of presentation and fruition emerges at time, but – it seems to me – it is not a central aspect. In your opinion, what are the main contexts for av real time practices and how much they have influenced the birth of the fragmented and heterogeneous range of definitions?

Ana Carvalho: I disagree with you, the context is fundamental to differentiate the different practices. For example, the club is a context very particular to the VJ/DJ. Not exclusive, of course, since we are working on very malleable definitions. Festivals that present different of these art forms can help us to identify the features of each context.

Claudia D’Alonzo: Do you think the contexts have been changing in recent years?

Ana Carvalho: Not at all, the same ones: people perform for friends, at very small venues, at galleries, at museums, and for really big audiences in exterior events. Some contexts become more prominent than others as artists take advantage of technologies.

Claudia D’Alonzo: Speaking of production and fruition contexts. The book made me put a lot into question some of my tracks as scholar. For example, in the survey the majority of the artists define his/herself as visual artist. At the same time, in another answer of the questionnaire, the majority of them point out the club as better location for their work. It seems to me that in analysis and discourse on av live media and practice, there isn’t an academic and a cultural relevance to the artistic production coming from the club scene.  Do you agree? Which is your opinion about the relevance of club culture in the development of audiovisual experimental scene? 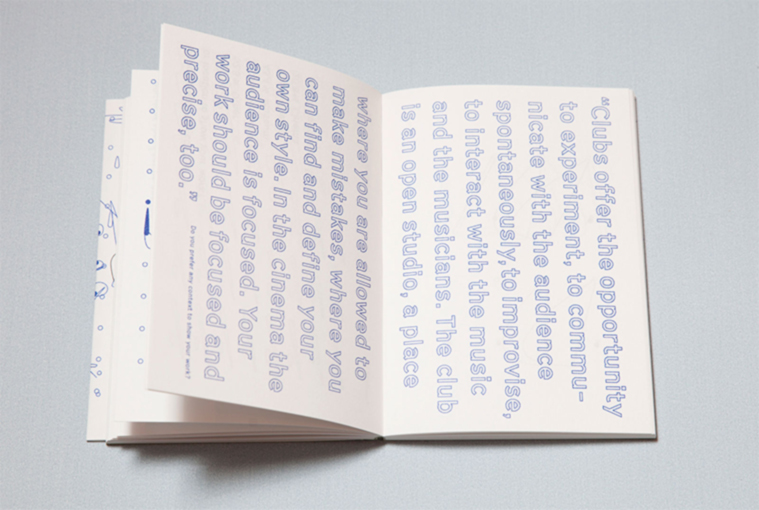 Ana Carvalho: Reading the answers of the survey was very enriching. They put some ideas I had into perspective as well. VJing is often the departing practice from where to map contemporary live audiovisual performance, especially if the context is the focus of the research and even if the practice is not VJing. For example, this is the case with those who don’t do VJing anymore. They took what was learning in VJing and turned into something else. Other practices are differentiated by comparison, Live Cinema for example.

Gabriel Menotti’s text takes two perspectives on Live Cinema, by Mia Makela and Toby Harris, as the starting point for his argument. Both these authors establish the comparison, one way or the other, with VJing to differentiate Live Cinema. Visual Music and Expanded Cinema are different though since they have a particular history and specific questions some of which are addressed in the book and extended in other works by the same authors.