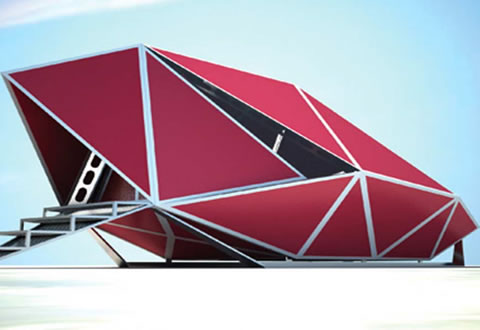 Simultaneous exhibitions of photographs, videos, maps and architectural models from work by the Arctic Perspective Initiative are displayed in London and Dortmund this summer.

The outcome of an international collaborative project which aims to empower local citizens of the North via open and free media, communications and environmental monitoring technologies, the work highlights the urgency of the issues emerging in the Arctic: its changing cultural landscape; the potential for new intercultural dialogue; conflicting economic and territorial interests; ecological problems; climate change and the effects of ecological changes on the life of Inuit peoples.

Arctic Perspective exhibitions highlight the cultural, geopolitical and ecological significance of the Arctic and its indigenous cultures.

On show will be work from the project’s collaboration with the people of Igloolik, Kinngait, Iqaluit, Mittimatalik and Kanngiqtugaapik in Nunavut, Canada, and other Arctic communities. This focuses on the design of a habitable mobile media unit and infrastructure, to be powered by renewable energy sources. Designed to be used by Inuit and Arctic peoples for creative media production such as filmmaking, communications and monitoring the environment, the unit’s mobility is essential for those living away from settlements for periods of up to two weeks, moving, living and working on the land. 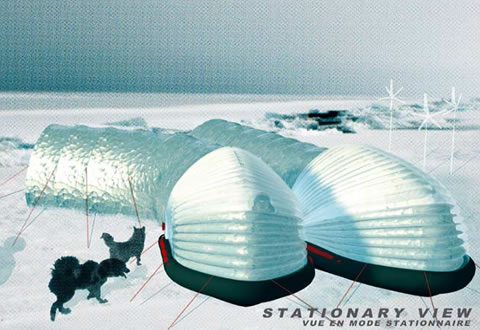 The exhibitions will showcase documentation of the project’s development, including photographs and films from the team’s trip in summer 2009 made with Igloolik elders and Isuma TV, re-visiting former settlements around the Foxe basin.

Specially commissioned models of designs from the 103 submissions to Arctic Perspective international open architecture competition by joint winners Richard Carbonnier (Canada), Catherine Rannou (France) and Giuseppe Mecca (Italy), will also be displayed. The first prototype is scheduled to be built and tested during the summer of 2010.

Publications: A series of Cahiers covering key ideas in the fields of architecture, circumpolar culture, open source technologies/remote sensing will accompany the project:

Supported by the Culture Programme of the European Union, the Cultural Office of the City of Dortmund, the Ministry of Culture of the Republic of Slovenia, the City of Ljubljana, the German Federal Centre for Political Education, the Arts Council England, the University of California Institute for Research in the Arts (UCIRA) and the Canadian High Commission.