The anonymous architecture, a globalization transporter 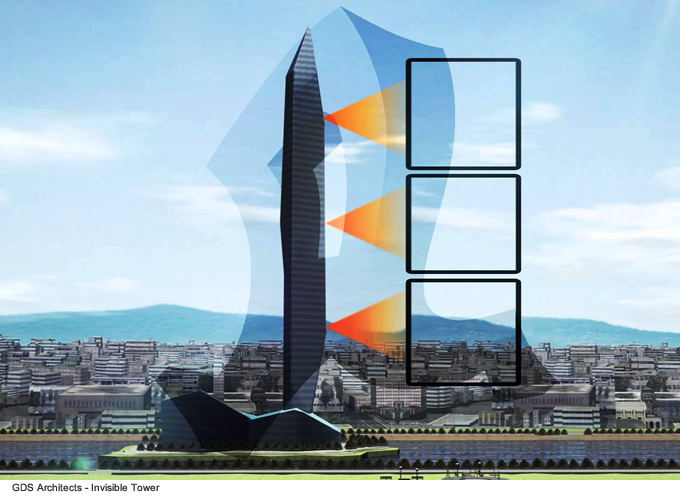 Over the years, technology has been seducing our domestic spaces and urban integrities with possibilities of expansion beyond traditional overviews. At the end of the WWII, military technology was already arising, inserting itself at home for necessity and altering our perceptions of space.

As Beatriz Colomina explained in her book Domesticity at War (MIT Press, Hardcover, 280 pp., January 2007, http://mitpress.mit.edu/books/domesticity-war): “If television in the 50’s brought the public real into the private, here the private – the family’s choice of TV program – is publicized. Architecture is always about the definition of what is inside and outside – what is public and what is private – and here was a complete collapse of these terms.” As of today, this effect comprises not only our hobbies and joys with family, but now with internet available, our thoughts, pictures and “likes” flow around the world as if our houses had no walls and our lives were broadcasted just as Truman living at Seaheaven.

Media and technology have dismantled any barrier near or far, expressing the inexistent lines and boundaries between countries, landscapes, events and culture. Today we find ourselves learning from every other culture, from DYI’s someone posted online proving its workability or not; with open source technologies that convert our homes into micro labs for our children who suddenly become makers.

Under those terms, Urban Design and Architecture, might suffer in terms of what represents the connection of culture and space. Moreover, these events generate questions: To what extent can Architecture and Design provide us with such flexibility towards technology and its overexposure effect? Are we ready to become part of another kind of surrealism where Architecture acts as the mediator between humans and the cultural, globalized environment? 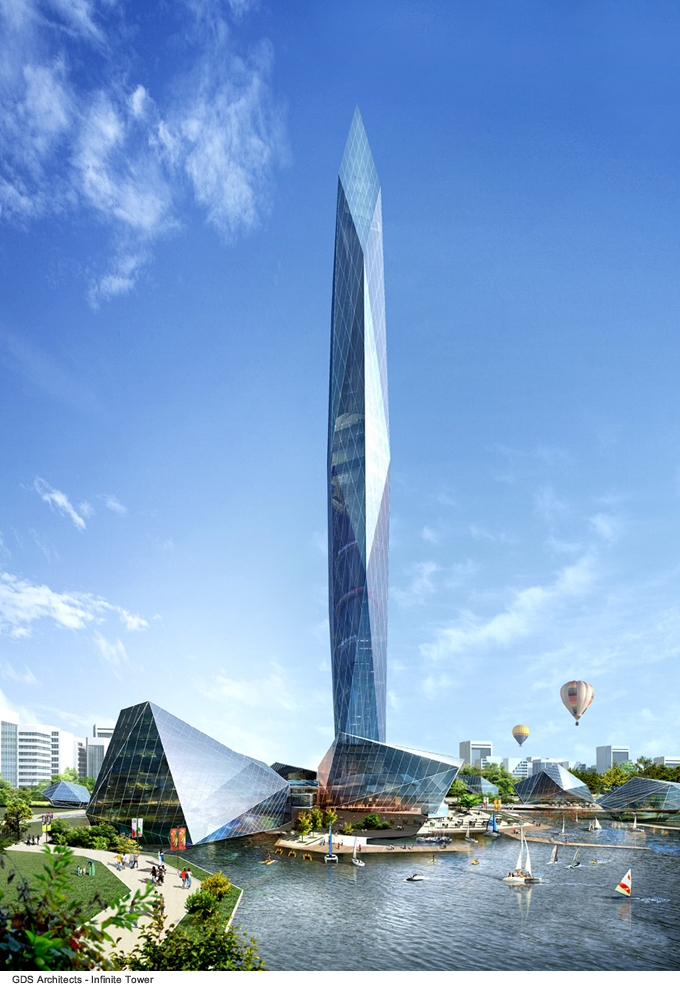 Recent examples combining culture and technology, demonstrate that purpose justifies the means of performance. Tower Infinity, by GDS Architects (http://www.gdsarchitects.com) is a perfect example of what materials can perform along with technology, when designers crave the need to develop an idea, no matter how illusive it may seem. The 1,476 feet high observation tower, took part of a global competition for the development of Korea’s new landmark onto which winners created a different definition of what a landmark collectively resembles.

GDS Architects preferred contradictions, to make the landmark its antagonism by making it disappear literally and occasionally from the landscape, prioritizing the importance of the city of Seoul as the main theme and cultural landmark, as a city already high tech and highly developed. They describe it as a tower that “instead of symbolizing prominence as another of the world tallest towers, it sets itself apart by celebrating the global community rather than focusing on itself.” Bias, this tower will also be a global broadcaster, a door to every landmark in the world displayed from its inside, where the user, upon reaching the height of those external structures to the level inside the building, will be understanding the proportions of these structures.

It is going to be a cultural exposure of the world’s most relevant places and also an educational tool for the younger, yet its Architectural Typology remains anonymous as it might as well be a shapeshifter.

Theoretically this literal transparency has been overexposed at the precise moment of cultural insertion within another culture; the combination of experiences without leaving Seoul is reminiscent of that precise moment when people could see images of war right from their living rooms in 1940’s. LED Screens and image projectors reflect to spectators what seems to be its own environment, as if it was literally invisible to its exterior. This gesture could be nearly a digitalized and exaggerated reminiscent of the intentions deemed with the Glass House by Philippe Johnson (1949), where exterior reflections of nature were reflected onto the domestic interiors, as if one could be at both spaces at the same time or there was no difference between one or the other (http://theglasshouse.org/). 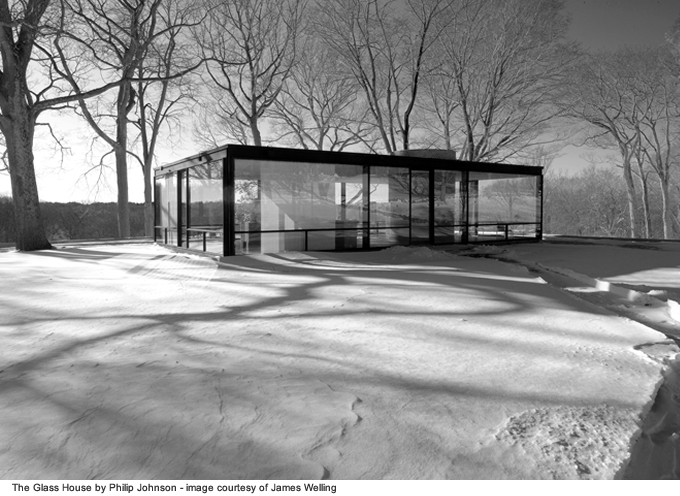 The importance of biomaterials

Materials can provide us exactly what we need and where we need them, if we use them wisely. Occasionally materials scientists create our own materials according to a specific application and sometimes multiple applications, often regardless of the effect on the environment or how to react to it. Tower Infinity seems to react to its environment as it displays itself images of the sky and landscape, at any given time, with a process provided by a series of complex projections that reflect the exteriors with high resolution. Only if there was a new glass that would provide this with less hassle it would have to look further than technology and switch to biomimicry.

If we look at nature, there are many organisms that can project colors and change them according to environmental changes or for defensive purpose such as, butterflies, moths, squids, chameleons, and cephalopods such as the mimic octopus, squids and the cuttlefish.

Cuttlefish are experts at deceiving perception when they watch a prey or to confuse predators; they are experts at camouflage and some shapeshifting (The master shapeshifter is the mimic octopus). Concentrating on color and appearances, the cuttlefish’s skin is comprised of layers of cells that contain proteins, that play different roles in colors and textures, all attached to a mass of gas that allows the cuttlefish its flexibility. Although they are color blind, they still manage to blend on anything near, acting as a natural mirror but with texture. Bio-materials that imitate cuttlefish behavior could be a solution that competes with traditional technologies and that becomes sustainable towards its performance without the aid of complex systems which in time might fail. 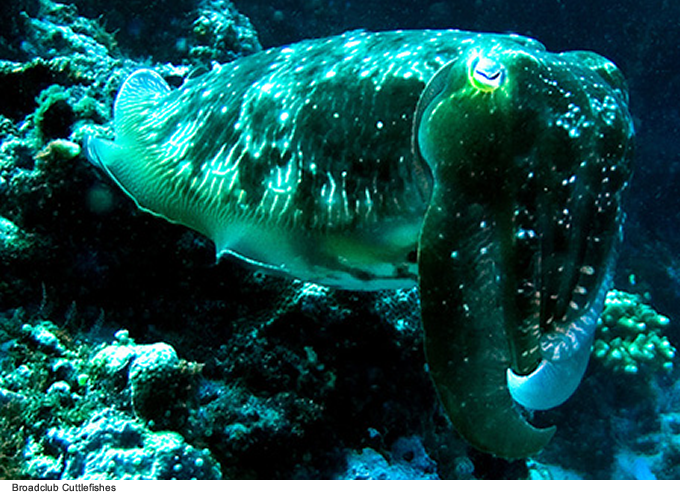 The translation of cuttlefish layered cell system to absorb the capacity of reflectance of the immediate environment, could be an environmental solution for the purpose of this Invisible Tower for example, with all its critiques towards security of planes and flying animals being confused. Moreover, studies have proved that Army tanks are going to be provided with a system that creates a reflective/projective camouflage that imitates the cuttlefish strategy, as well as the antiglare system provided for military binoculars, inspired on eye of a moth.

Once again, military applications end up providing us with better materials they require for better performance at the battle field, what’s next will surely be promising and even more if materials can also shape shift.