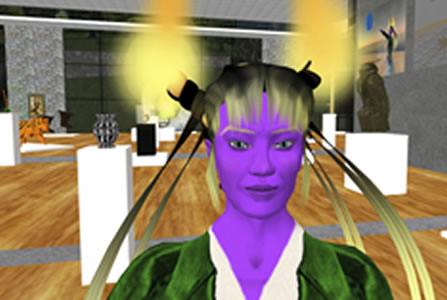 A panel discussion and virtual performance event to explore ways the digital medium has reconfigured the moving image and thereby redefined concepts of cinema.

The digital medium has transformed the moving image. Image sequences have become discrete units that can be remixed in new constellations, through software processes or interaction by the viewer. Digital interactivity is connected to databases. The possibility of assembling and reconfiguring media elements from a compilation of image sequences have created new cinematic forms.

These emerging cinematic forms include database cinema, interactive narrative or non-narrative films, as well as machinima? filmmaking within computer games or 3D virtual worlds, such as Second Life, where characters and events can be either controlled by humans, scripts or artificial intelligence.

“From Cinema to Machinima” will bring together artists who will present their works in the area of digital cinema. The discussion will be followed by a short performance event in Second Life, which will be broadcast in the Lecture Hall.