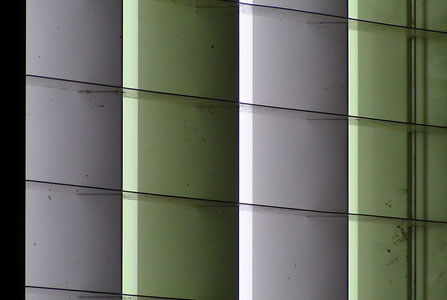 The exhibition Machine Improvisations brings together a body of work created by an international group of artists, musicians, designers and filmmakers who share a common interest in exploring unseen and unheard audiovisual territories. By means of hacking, coding and soldering, they built their own tools and instruments tailored to their specific needs and wishes. These tools allow complete freedom when interacting with the electronic signals and digital processes. In doing so, they have each created their own unique vocabulary of audiovisual expression and composition. The presented works are at times visually violent, sonically extreme and physically intimidating, but most of all they give intriguing insights into the machines and the omnipresent digital environments with which we interact on a daily basis.

Machine Improvisations was made possible by the generous support of Mondriaan Foundation and Wood Street Galleries (supported by the Howard Heinz Endowment and the Pennsylvania Council on the Arts with additional support provided by the Port Authority of Allegheny County and The Andy Warhol Foundation for the Visual Arts). Produced by Wood Street Galleries in collaboration with Sonic Acts.

Sonic Acts XIII – The Poetics of Space explores new approaches to spatiality in audio-visual art in an attempt to bridge gaps between artistic experiments and theoretical approaches to space.From the eye to the ear: Sonic Acts XIII brings art heightening the audience’s awareness of space, disorientating and re-orientating them with new ways of experiencing the word. It will take place in February 2010 and feature performances, films, lectures, an exhibition and a publication. 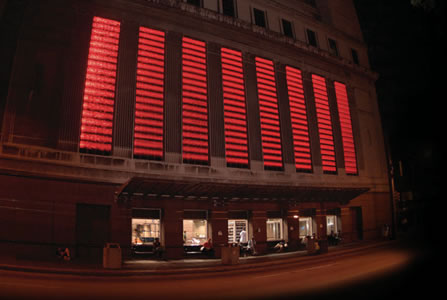 World premiere of 12_Series, a new generative multichannel computer installation by Telcosystems. The installation is an audiovisual horizon comprised of twelve identical image and sound generating machines. 12_Series implements forms of audiovisual imitation, mutation and recombination, aiming for the emergence of captivating complexity from a vocabulary of rudimentary shapes, sounds and logic.

The system is built around the notion of decentralized autonomous decision making, with each machine displaying its own generative behavior, while reacting to behavior of neighboring machines and adapting to centrally organized environmental variables. The installation focuses on the tension between the individual and the group, between the machine-specific development and the group dynamics that determine the ever-evolving horizon.

Imitation will be used as a way to start complex group behavior, steering groups of machines into similar audiovisual directions. Mutation will initiate variation, by injecting errors into this imitation process. Recombination enables the interchange and reinterpretation of output material amongst the twelve machines, adding another layer of coherency.

Apart from creating building blocks that assemble into complex generative individuals, the aim is to investigate boundaries for their mutative behavior, with results surpassing our imagination.

12_Series is produced by Spatial Media Laboratories, in collaboration with Baltan Laboratories, and Woodstreet Galleries. 12_Series is made possible with the generous support of Fonds BKVB, Mondriaan Foundation, The Netherlands Film Fund and DKC Rotterdam.