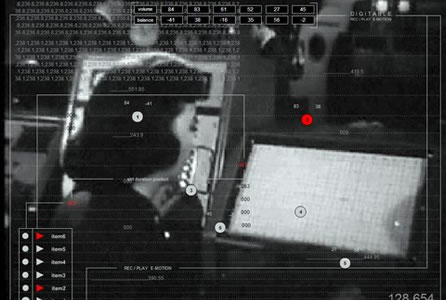 To post a link and thus to relate two or more contents is a basic method to create a freely accessible and modular network of personal associations on the World Wide Web. The act of linking, which has come to be one of the most common cultural practices on the Internet and which is a simplified version of the copy/paste-technique, creates new contexts on Web-based platforms, personal homepages, blogs and last but not least (art-)databases.

Yet, what if a link turns into the representative of the artefact, the context and the exhibition at once?

TAGallery by CONT3XT.NET extends the idea of a tagged exhibition and transfers the main tasks of non-commercial exhibition-spaces to the discourse of an electronic data-space. The method of tagging allows the attribution of artworks to different thematic fields. In TAGallery the act of selecting and recombining — besides chronologically ordered show-rooms, exhibition-titles in a semantically concentrated form and various ways of contextualizing the presented artworks — will be published as well: The continuous progression of curating can be followed by the public, using newsfeeds.

The first TAGallery-exhibition deals with itself: the link as the main medium for networking, collaborating, contextualizing along with its role as a sign for mutual estimation in a social environment is a fragile entity. It can loose its functions as quick as it has been set up by ahref.

Either the server is not available for a certain time, the URL has changed or the artwork has been taken from the net. In each of the cases, the link which is not working stands for the ephemerality of Web-based art-forms. Even the big institutions in the network can’t avoid broken links.

The requested URL was not found on this server is just one of the representatives of an Absurdistan, which needs — despite expanding technical assistance — human care and maintenance, not to be transformed from net.art into dead.art.

In the first link-collection, the element of missing, i.e. the void where actually should be something, is extended above the often quoted discussion of the the 404-code (error message for file not found) in the net-context. The symbolism of the 404 is no longer the main element of reflection, but it is replaced by the discussion of the simple fact that there is nothing where there should be something.

The reference to the missing is replaced by the discussion of the non existence of the artwork and, thus, bound to a reflection about the work itself and its conditions of production.

The actually arbitrary symbol transforms itself into an indexicalic sign, which remains, despite missing, still connected physically to the object: what may have lead to the fact that an artwork is no longer on the Internet? Why are the servers unavailable? Is the disappearance to be interpreted as a metaphor or as a conscious act of withdrawal? The first exhibition in the TAGallery refers with its inherent material to superior — missing — implications, which allows the freedom of interpretation.