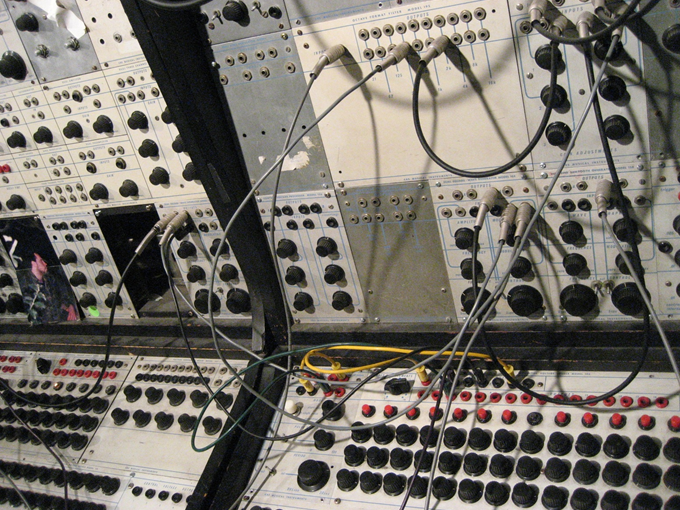 From Silver Apples of the Moon to A Sky of Cloudless Sulphur: V, with Lillevan.

Morton Subotnick is among the pioneers in the development of electronic music and multi-media performance, a perennial innovator in works involving instruments and other media. His oeuvre utilizes many of the important technological breakthroughs in the history of the genre.

In the late 1950s, Subotnick, convinced that an imminent technology explosion would offer an alternative to the three-person model of the solitary composer, alone at a desk writing music; the performer, reading and performing the music; and the audience, listening in a public auditorium. 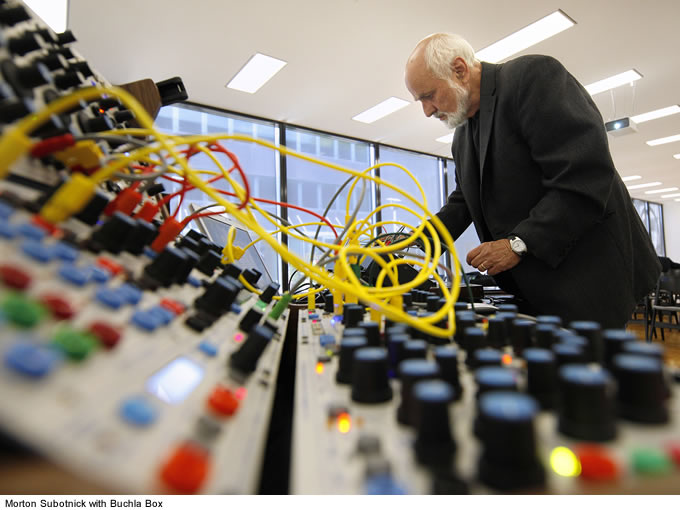 This was the dream that prompted Subotnick and Ramon Sender to search for someone to create an electronic music easel; that someone became Don Buchla and resulted in what many believe to be the first full-blown analog synthesizer, the first Buchla Box. It also became the start of Subotnick’s life’s work of creating a new music. His work, Silver Apples of the Moon (1967), is considered the first large-scale electronic work to be created specifically for the record medium. It was commissioned and released by Nonesuch records and became, almost immediately, an iconic work.

Silver Apples was recently selected for the National Recording Registry of the Library of Congress. Long considered one of the essential milestones in electronic music, it continues to have great effect on later generations of artists. Believing that the record was solely for the ear, “a new chamber music” as he called it in the 1967 liner notes, he began rethinking a new genre of electronic public performance that would be for the eye as well as the ear.

The record demanded perfection that required laborious editing before being released in its permanent form; public performance demanded spontaneity. He began collaborating with his lifetime visual artist friend, Tony Martin, to create a new genre of public performance with electronics that would be spontaneously performed with the musical materials from his work in the studio while Tony would perform spontaneously with visual projections. 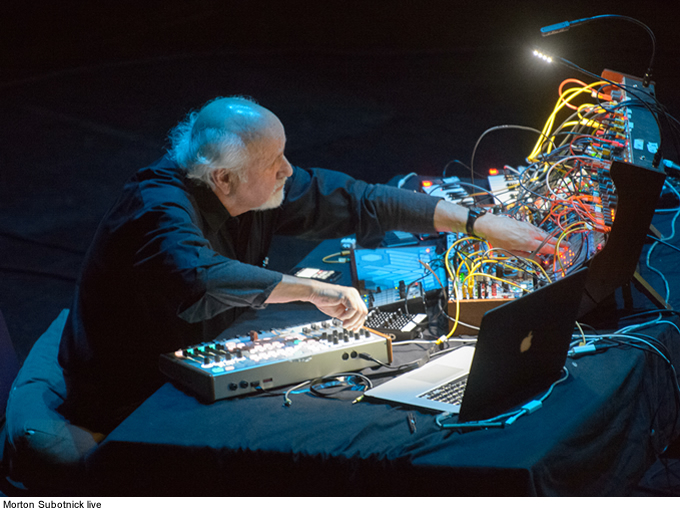 In the last eight years he has been performing with Lillevan, a Berlin-based visual artist. The performance, From Silver Apples of the Moon to A Sky of Cloudless Sulphur: V, is a light and sound duet utilizing musical resources from Subotnick’s analog recordings combined with recent electronic patches and techniques, while Lillevan, similarly, performs spontaneously with his visual resources; old and new.