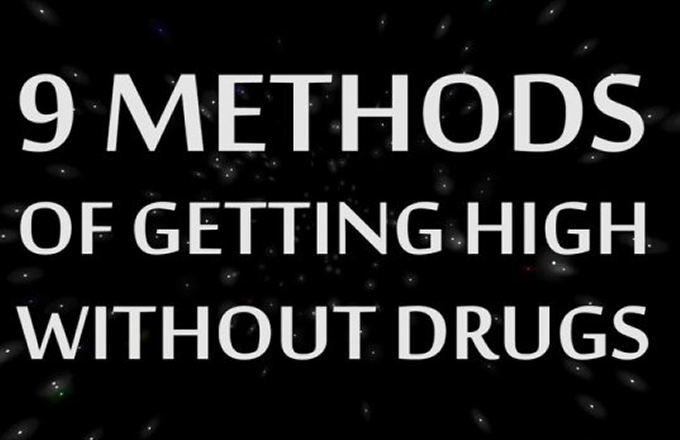 On March 28th, The Van Abbe Museum in Eindhoven / Netherlands will feature SUPERHIGH as the main act in its Young Art Night.

“We create what Alejandro Jodorowsky wanted to achieve with his failed film project ‘Dune’: to make people that haven’t taken drugs, feel high.” says Boris Eldagsen. “It was more difficult to find someone who would stare into a flame for 30 minutes than someone willing to smoke a joint and drink ten vodkas in front of a camera. SUPERHIGH is a cross-media platform. The video is just the beginning. We want to make museums and clubs high on installations and event”, adds Sabine Taeubner.

SUPERHIGH is co-produced by Arte Creative, the international magazine, lab and network of contemporary culture, and a satellite of German-French cultural TV station Arte. SUPERHIGH fulfils all that digital natives wish for: the ‘Highbrary’ – an online library on the subject hosted by Pinterest – and a Facebook page where users can post alternative methods of getting high. The audience is also invited to vote for their SUPERHIGH amongst the jury, candidates and host.

SUPERHIGH’s world premiere took place in front of an audience of over 300 people on November 20, 2013 at Platoon Kunsthalle. During the first days of the launch, www.superhigh.org had 9000 visitors and 440 voters.

SUPERHIGH is the follow-up to the video art work ‘SPAM the musical’, which was shown at over 58 festivals, institutions and museums between 2008-11. Amongst them the Internet Pavilion of the Venice Biennale, the Edinburgh Art Festival, EMAF Osnabrück, Museum of New Art Detroit and the Media Forum Moscow.