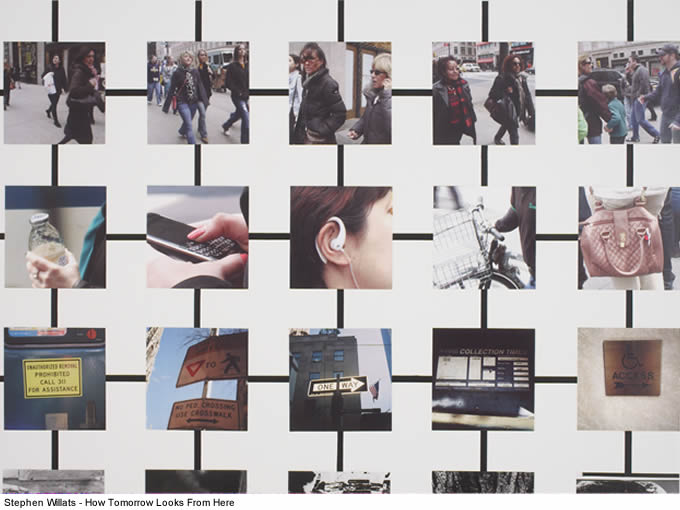 Stephen Willats is internationally known for his interactive artworks involving social groups living in a wide variety of urban contexts. In 1979 Willats spent a year in Berlin as a guest of the DAAD Artist-in-Berlin program. The outcome of this residency was the now famous project Leben in vorgegeben Grenzen—4 Inseln in Berlin (Life in given limits – 4 islands in Berlin) for which Willats addressed four different urban situations in West Berlin. In 1980/81 the work was shown in the Neue Nationalgalerie as well as in the four locations investigated in the project.

Since then Willats has returned to Berlin on numerous occasions to follow up on the situation of the people he worked with at the time and to realize new projects.

The exhibition How Tomorrow Looks From Here focuses on a particular area of Willats’s work that has not been shown before in Germany and is at the core of his practice—that is the role of simulation in his work. The interactive, participatory computer simulation Free Zone (1997) and the installation Imaginary Journey (2006) are shown together with a selection of diagrams that serve as the conceptual underpinnings and explanations to the works. 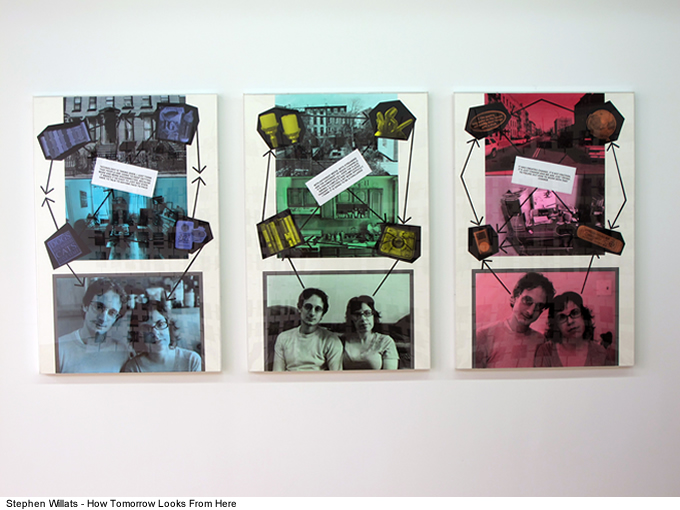 In addition to his projects with social groups in urban settings Willats also pursues working methods more specifically linked to the gallery space. These often take the form of models or simulations of everyday situations that call for active participation from the exhibition visitors.

“For more than 50 years he has been developing speculative models of behaviour and perception that are intended to be used by the audience, whereby viewers gain greater awareness of their role in society and the possibilities they have of intervening in and shaping their own social environment.” – Philipp Ziegler in How Tomorrow Looks From Here / Berlin Local.

To coincide with How Tomorrow Looks From Here in the daadgalerie, MD72, Berlin, is staging Berlin Local by Stephen Willats, featuring the new work Berlin Local that was made in the area around Mehringdamm street Berlin. The publication accompanying the two shows How Tomorrow Looks From Here / Berlin Local and contains texts by Philipp Ziegler, John Kelsey and Caroline Busta as well as interviews with Stephen Willats by Ariane Beyn and Marianna von Palombini.