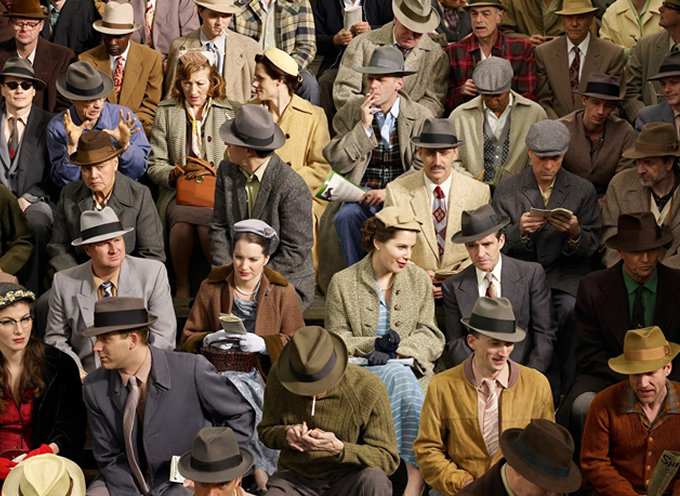 Haus der Kunst in Munich presents the photographs Stan Douglas has produced since 2008, as well as his newest works, revealing him at an exceptional moment in his artistic career: In these works, Douglas has closely interwoven music, film, theater, photography, and digital formats, allowing them simultaneously to be associated with various forms of media.

A focal piece in the exhibition is the video-music installation Luanda—Kinshasa (2013), a fictional narrative about the absent Miles Davis. Douglas also broke new ground with his theatrical production of Helen Lawrence (2014), in which the actors’ performances are filmed in real time and immediately uploaded into a computer-generated environment.

After World War II, former soldiers turned to photography, hoping to earn a living as photojournalists. In the archives of the photo agency Black Star at Ryerson University, Douglas looked through numerous images from the years 1945 to 1950. These were taken by autodidactic photographers using 4 x 5 field cameras with flashes that were slow to load and cumbersome to reset. The motifs were street and crime scenes, accidents, animals, moonshine bars, and famous people—anything with which a photographer could earn money. For his 29-piece black-and-white series “Midcentury Studio,” Douglas slipped into the role of such a postwar photographer, who photographed for practical purposes and shot “technically bad pictures that now and then could be interesting images”. 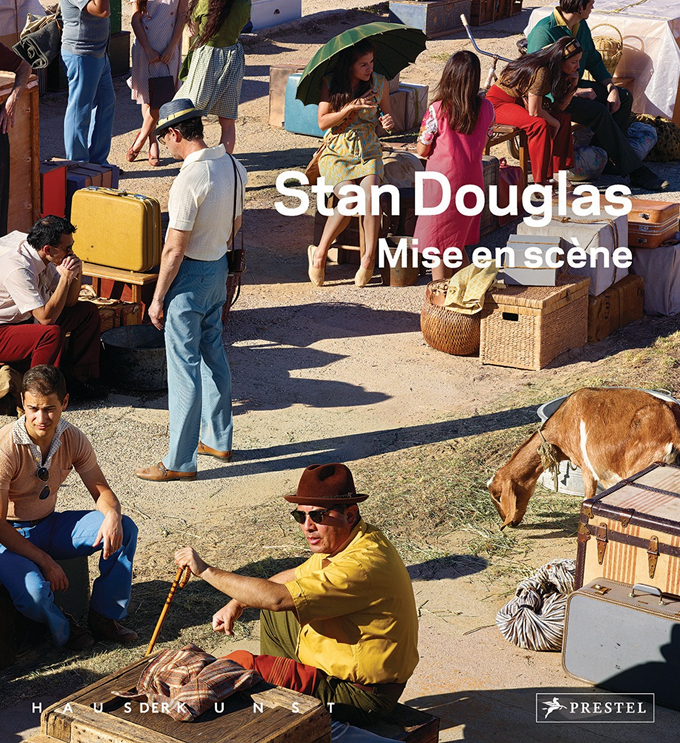 Although Douglas meticulously researches historical events and stages them in a complex manner, these photographs remain free of any claim to historical truth or interpretation. They reveal themselves as conjectures and fragments, as spoken narratives told in the conditional tense. Here, Douglas makes use of a literary technique: After researching historical facts, the author creates a fictional protagonist who narrates from the authorial perspective, telling about how things might have been. A novel constructed in such a way also gives the impression that knowledge is piecemeal and reality unstable.

This film and music installation tells the story of a studio recording Miles Davis might have made following the release of his album On the Corner in 1972. “Miles Davis wanted to connect with a younger audience, and naïvely imagined that incorporating influences of Indian classical music and Karlheinz Stockhausen into extended funk improvisations would do the trick. However, Columbia Records decided to market to an older ‘jazz’ audience and On the Corner was Miles’s worst-selling album ever.”

Instead of the druggy jams that he made with his touring band until his retirement in 1975, this imagines that Miles might have tried to connect with another youth culture that was emerging in New York at the time—by expanding his interest in world music through a dialogue with Afrobeat of Cameroonian Manu Dibango. Like Miles, Dibango synthesized jazz and funk.

Douglas realized the project in a replica of the Columbia 30th Street Studio, in which Miles Davis recorded all of his studio albums from 1954 to 1981. Two moveable, time-coded and synchronized cameras on tracks filmed the waiting, listening, chatting, and playing musicians and their entourage. As in Journey into Fear (2001), a limited number of camera settings and plot fragments—here the ensemble performances—serve as the basis for an almost endless number of possible variations: Whenever a musician is not in the picture, his or her performance can be replaced by an alternative recording. Miles Davis himself is present in his absence—in Douglas’s ensemble there is no trumpeter. 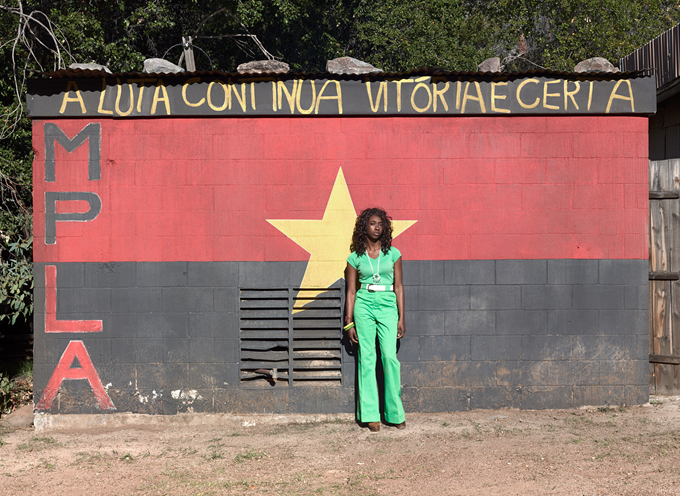 The story told in the cinematic stage production Helen Lawrence takes place in Vancouver in 1948, recalling aesthetics of film noir. The setting is “… a treacherous, shape shifting landscape of police and pimps, soldiers and refugees, damaged goods and ghostly lovers—all scrambling to find their feet in the shifting sands” (Stan Douglas). The main character, Helen Lawrence, is mentally unstable and remains highly ambivalent: Did she kill her husband, or was the murderer someone else? Helen Lawrence combines theater with film and computer-generated imagery. The actors are simultaneously camera operators, and their images are present as oversize projections. Helen Lawrence celebrated its world premiere in March 2014 at the World Premiere Arts Club Theatre in Vancouver.