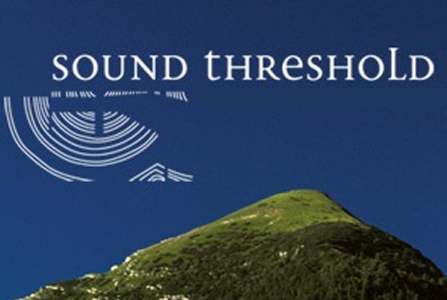 A project by Daniela Cascella and Lucia Farinati

On Sunday 28 September KREV will reach the archaeological site of Monte San Martino with an installation and a performance that will navigate the uncharted imaginary spaces of a threshold through the very elusiveness of sound. In capturing the literary references of mitteleurope emanating from the tales of Kafka and Sebald inspired by Lake Garda and its shadowy landscape, As Below So Above begins its itinerary from Riva del Garda.

On the preceding days leading up to the event at Monte San Martino, after having gathered sound sources on a boat journey between Limone and Riva del Garda the Kings of Elgaland-Vargaland will dock at the Canale La Rocca. Their arrival, marked by the flying of the KREV flag, will be followed by the Pilgrimage towards San Martino and the Inauguration of the Ministry of Thresholds. A parody of a ministerial and esoteric language, resonant and grandiloquent in turn, As Below So Above addresses the invitation of Sound Threshold by investigating the idea of threshold as an extended metaphor of boundary, frontier, path, channel, border and track.

Because of its close proximity to Lake Garda and its mountain location, the archaeological site of San Martino will be the crossroads for a manifold texture of sound and light which – from the High to the Low and vice versa – will capture the history as well as the imagery of the site: a place which is characterised by different historical phases and settlements, most notably by the presence of a Roman sanctuary and archeological findings which can be dated back to the Second Iron Age. Elgaland/Vargaland – As Below So Above is the second installment of Sound Threshold , an official parallel event to Manifesta 7 – the European Biennial of Contemporary Art hosted by the Trentino-South Tyrol region. 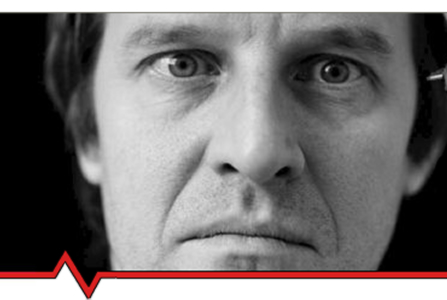 The project is produced by the Museum of Riva del Garda in collaboration with the Archaeological Heritage Office of the autonomous Province of Trento , Niklas Belenius Gallery , Town Council of Tenno , Associazione Culturale San Martino and Banda Della Valletta Dei Liberi Falchi . Supported by the Autonomous Province of Trento and Town Council of Riva del Garda

In case of rain the performance and installation will take place at the Museum of Riva del Garda  (La Rocca) situated in the city centre, piazza C. Battisti, 3/A

The conceptual art project The Kingdoms of Elgaland-Vargaland was conceived in October 1991 by Swedish artists Carl Michael von Hausswolff and Leif Elggren and the first announcement was a small ad in the main Swedish newspaper Dagens Nyheter published in spring 1992. Since then the project has developed into exhibitions, concerts, private and public events. Paraphernalia such as stamps, flags, regalia, constitution and hymns has been shown in Stockholm (Färgfabriken Center for Contemporary Art and Architecture, Gallery Niklas Belenius, Andrehn Schiptjenko Gallery), London (Gasworks, Queen Elizabeth Hall, 13 Osward Road), New York (Thomas Nordanstad Gallery, Andrew Kreps Gallery), Berlin (Haus der Kulturen der Welt), Los Angeles (Robert Berman Gallery), Zürich (Cabaret Voltaire), Chicago (Gallery 400), Paris (Palais de Tokyo, Musee d’Art Moderne de la Ville de Paris), Cologne (Museum Ludwig) and at larger exhibitions such as the 50th Biennale di Venezia (Utopia Station), the 1997 biennial in Johannesburg, DMZ 2005 in South Korea and SonarMática in Barcelona. The project has also been shown in temporary art spaces in Kaliningrad, Amsterdam, Hamburg and other places. Even if the project was instigated by von Hausswolff and Elggren it is an open artwork that invites other artists to intercept and create fold ins. Artists and producers like John Duncan, Mike Harding Gen Ken Montgomery, Adrian Notz, Marja-leena Sillanpää, Carsten Nicolai, Jens Hoffmann, Carsten Höller, Jan Håfström, Lary Seven, Per Svensson, Niklas Belenius, Jim O’Rourke, Karl Holmqvist and others have all participated more or less in the project. Recent public projects such as The Annexation of Isola di San Michele in Venice and The Annexation of Lake Constance (Bodensee) and the releases of the 7″ vinyl records consisting of versions of the “National Anthem” by Mariachi, Klezmer and African music groups have further expanded the project’s frame.

Sound Threshold explores the relationships between site and sound. It commissions and produces cross-disciplinary projects and partnerships with research organizations working beyond conventional gallery and museum contexts. Sound Threshold investigates the idea of threshold as an extended metaphor of boundary, frontier, track, border and difference – not only visual traces but also natural elements, literary references, acoustic phenomena. Sound Threshold was launched on 16 July 2008 at the Centre for Alpine Ecology at Monte Bondone (CEALP) with the presentation of the CD Cima Verde by sound recordist Chris Watson (co-produced with the Fondazione Edmund Mach and LoL Productions) and with the open air concert by Blind Cave Salamander and Fovea Hex . Sound Threshold was established in 2007 by Daniela Cascella (music critic, Rome) and Lucia Farinati (curator, London).