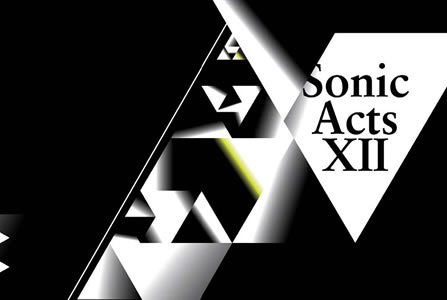 Sonic Acts XII will be held between 21 and 24 February 2008 in Amsterdam, the Netherlands. This, the twelfth edition is devoted to The Cinematic Experience and incorporates an international conference, a wide range of concerts and performances, an exhibition and a diverse programme of films. The central topic will be how the medium of cinema can be used as a means to make us conscious of our own physical experiences and realities.

The programme will focus on the rich history of the cinematic experience, from magic lanterns, colour organs and zootropes to experience machines and immersive environments. Sonic Acts will also peer into the future. Will cinema distance itself from narrative in the near future? What is the prospect for celluloid? And what role will sensory deprivation play in future cinema? Please find below confirmed acts and programmes – there is still more to come! The final programme will be announced in the beginning of January 2008.

The three-day conference will provide a comprehensive overview of the cinematic experience. International experts from the fields of film, visual arts, music, science, literature and art history will reflect on historic developments, the current situation and near-future developments, from the perspective of their respective specialities.

Speakers include Douglas Kahn (lecturer at UCLA and author of Noise, Water, Meat on the history of sonic arts); Erkki Huhtamo (media archaeologist, writer, curator and lecturer at UCLA); Arjen Mulder (writer, translator, media theorist and biologist, author of several publications on media arts and the relationship between technical media, physical experiences and faith, including Understanding Media Theory ); Timothy Druckrey (lecturer, curator and author, editor of Ars Electronica: Facing the Future , and author of Culture on the Brink ); Mika Taanila (filmmaker and lecturer on video at the Helsinki Academy of Arts, whose films are media-archaeological research into the development of technology as part of our society). 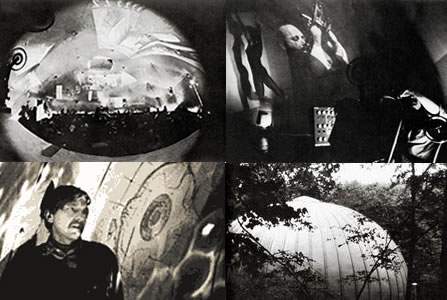 The sound collective The Drone People , formed especially for this event, will present a preview of their project 24 Hour Drone People . The entire piece will be performed just after Sonic Acts at the Stockholm New Music Festival. Inspired by drone gods such as LaMonte Young and Tony Conrad, iDEAL record-label boss Joachim Nordwall has curated an event that will celebrate time, tradition, the future and the past, while simultaneously challenging them all. The Drone People are: CM von Hausswolff, Hildur Ingveldardóttir Gudnadóttir, Stephen O’Malley, BJ Nilsen, Joachim Nordwall, Mika Vainio and C. Spencer Yeh.

Ulf Langheinrich’s new audiovisual performance Drift will be presented for the first time in the Netherlands. A stream of abstract, picturesquely deep and dense images and sounds  transparent and fine in resolution and detail  evolve from a realistic image. A process of multiple metamorphoses in several parallel spaces and time layers constantly transforms their consistency, viscosity and transparency.

In collaboration with GRM ( Groupe Recherches Musicales , the French research institute for contemporary music), Sonic Acts will showcase the Acousmonium in the Netherlands for the first time. The Acousmonium, an installation of 80 loudspeakers differing in size and shape, positioned at various heights and distances from each other, create a unique soundscape and feature works by Pierre Schaeffer, Pierre Henry, Michel Chion, Ivo Malec, Bernard Parmegiani, François Bayle and Daniel Teruggi.

The film programme highlights essential building blocks of cinema with the programmes Absolute Frame , Absolute Time and Absolute Sound , featuring films such as The Art of Vision by the master of cinema Stan Brakhage. Brakhage reveals the spectrum of cinematic language in this unique film experience lasting more than four hours. Furthermore, the programme includes the following films: the modern classic Instructions for a Light and Sound Machine by Peter Tscherkassky, The Flicker by Tony Conrad and Battleship Potemkim Dance Edit (120bpm). Weekend by Walter Ruttmann is a unique film without images about a weekend in Berlin in 1929.

The Artist in Focus programme will present among others Mika Taanila and Rose Lowder, who has been working at the intersection of photography and film for the past 30 years. Future Cinema will explore the developments cinema might undergo in the future, with films such as Monochrome Transporter by Thomas Kubli, works by American media artist Cory Archangel and Light Reading(s) by the American sound artist Stephen Vitiello.

The exhibition will be held from 21 February until 22 March 2008 at Netherlands Media Arts Institute (NMAI). It will present works that create various forms of cinematic experience, ranging from music to visual art, installations and media arts. Featured artists include: Julien Maire (F), Ulf Langheinrich (D), Boris Debackere (B), Leerraum (CH) and Kurt Hentschläger (A).