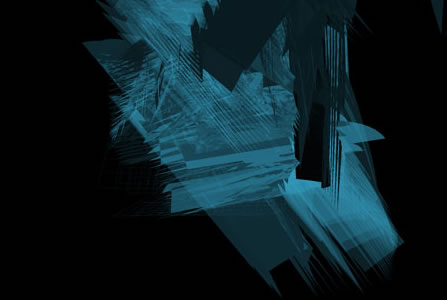 Entitled Sonic Acts XI – The Anthology of Computer Art, the festival will include a three-day international conference, three evenings and nights of live performances, an extensive film programme and an exhibition. A DVD and a book on the festival theme will also be published to coincide with it.

Autonomous computer art has seen a revival in recent years. Partly due to the rapid advances in hardware and software, over the last fifteen years applied and autonomous computer art has flourished in the visual arts and electronic music as well as in the worlds of film, video and games. As hardware and software have become more accessible and user-friendly a large group of artists has taken possession of this domain and developed a great deal of new work. In addition, ever more artists are developing their own hardware and writing their own software. This is an essential element in contemporary computer art.

The three-day conference will provide a multifaceted and penetrating overview of computer art. International speakers from computer arts, film, the fine arts, music, the academic world, literature and art history will, from the perspective of their own background, discuss the historical developments and present position of computer art, and consider its future.

The speakers include Jasia Reichardt (GB), writer and curator, who made history in 1968 with the exhibit Cybernetic Serendipity; Lillian Schwartz (USA), pioneer in the field of computer-generated art and computer films; Curtis Roads (USA), composer and author of the influential Computer Music Tutorial; Stephen Wilson (USA), Professor of conceptual design at the SFSU and author of the authoritative Information Arts, Intersections of Art, Science, and Technology.

The festival will start with a performance by Granular Synthesis. This Austrian collective is renowned for its monumental and impressive audio-visual performances and installations. The Friday programme is being compiled in collaboration with Jace Clayton (a.k.a. DJ/rupture), founder of Negrophonic and Soot Records.

The film programme will look at purely digital film art with a number of historical overviews, documentaries and contemporary computer films. Work will also be shown from the archive of the Institut National Audiovisuel, Groupe de Recherches Musicales (National Audio-visual Institute, Music Research Group) in Paris. Much of this material has never been seen before in the Netherlands: it offers a wealth of historical material related to abstract film and musique concrête.