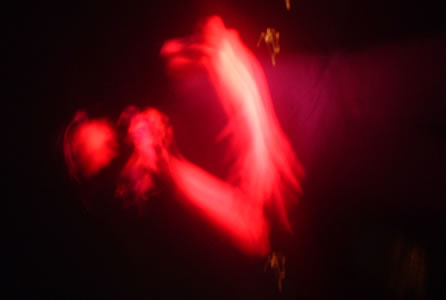 Three days and three nights in touch with the most up-to-date developments and featuring the most relevant national and international artists. In its 13th edition Sónar will be presenting over 300 activities Sónar presents more than 300 activities including DJ sets, concerts, titles projected at the SonarCinema and works in every multimedia format: installations, Net art, design,… Sónar is the essential meeting point for an alert public, cutting-edge artists and the most influential professionals from the sectors of music and modern arts.

The Sónar 2006 line up is heavily influenced by a tribute to black music culture , which has had such an extensive influence on the development of electronic music. Reggae, dub, hip-hop, jazz, funk and disco music will be represented on the festival’s various stages by classic acts including the Digable Planets, Linton Kwesi Johnson & the Dennis Bovell Dub Band and CHIC feat. Nile Rodgers, and current performers including Fat Freddy’s Drop, Pete Philly & Perquisite, Bus feat. MC SOOM-T, Jeff Mills, Kenny Dope, Ugly Duckling, Jake The Rapper and Gilles Peterson , to mention just a few.

The sounds of Japan , one of the most fertile, neglected and complex scenes in today’s electronic music, are one of this year’s reference genres. The SonarComplex stage will be almost exclusively given over to them – watch out for live performances by Yanagisawa Marina, Horio Kanta, Hawai Taeji, Doravideo, Optrum, Nobukazu Takemura and Softpad – but their extensive participation does not end with Sónar by Day and they will also be a central feature of the night-time schedules.

Nightmares on Wax will offer one of the most eagerly awaited concerts in Sónar by Night , with “In a Space Outta Sound”, their fifth LP, operating at full capacity. Other important performances at Sónar by Night will be those by Rahzel & DJ JS-One, Ryoji Ikeda, Herbert & Dani Siciliano, Infadels, Goldfrapp, Isolée, The MFA, Tiga, Superthriller, DJ Krush, Afra & The Incredible Beatbox Band, Diplo + A-Track, Sasha and DJ Vadim’s One Self .

L’Auditori de Barcelona will host an exceptional event for the fourth consecutive year. Carsten Nicolai – better known as Alva Noto – and Ryuichi Sakamoto will give a live performance of their acclaimed “Insen” , the sequel to the equally well-received “Vrioon”, in which the sensitivity of piano melodies and the abstraction of minimal electronica converge in a highly unusual way.

Concerts, DJ sets, a professional fair, the SonarMática multimedia area, audio-visual projections in all formats, Sonarama, a mediatheque, conferences and exhibitions. Simultaneous and uninterrupted activities across a range of areas at the Raval district (CCCB, MACBA, Centre d’Art Santa Mònica). A meeting point for artists, professionals and public.

Nights at Sónar are of a distinctive nature, an enormous cosmopolitan celebration, similar to other great European events but with a Mediterranean feeling, giving it a unique festive atmosphere. Sónar by Night has 4 locations occupied by distinguished national and international names from the world of electronic music. Each night DJs, VDJs and concerts from the broadest spectrum of dance music appear simultaneously in the 4 areas. Sónar by Night occupies an area of more than 10,000 meters, divided between covered and open-air spaces.

The SonarPro Record Fair includes more than 60 stands representing national and international electronic music and multimedia art companies (record labels, distribution companies, publishing, merchandising, festivals, promoters, record shops). The Record Fair is aimed at both the professional who wishes to contact other companies or related professionals and at the general public to give it the opportunity to discover and purchase the latest novelties on the market.

A menu selection that presents a wide range of contemporary audiovisual art in all aspects linked to new technologies and electronic music.

Round tables, forums and debates about electronic culture.