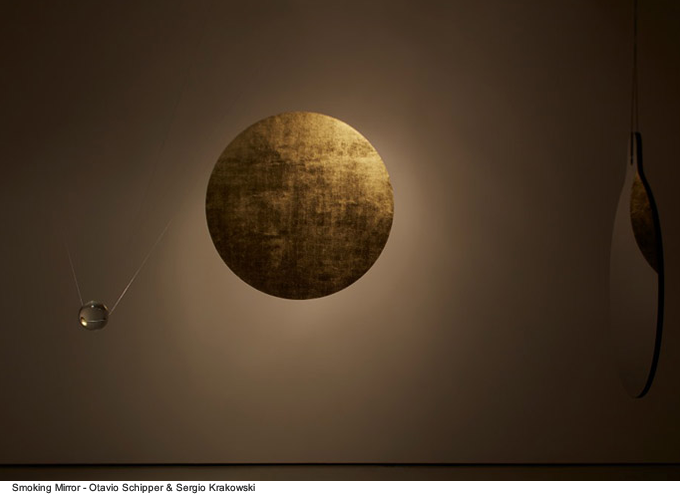 Developed for the Project Space of the Ernst Schering Foundation, the installation Smoking Mirror is the first German solo exhibition of the artist Otavio Schipper (b. 1979, lives in Rio de Janeiro) in cooperation with the composer Sergio Krakowski (b. 1979, lives in New York City).

For years, Otavio Schipper has dealt with the topic of proprioception: the perception of one’s own body and the relationship between body and space. For Smoking Mirror, Otavio Schipper and Sergio Krakowski were inspired by the English mathematician, astronomer, astrologist and mystic John Dee (1527–1608) and his collection of magic objects and optical devices.

The exhibition presents unique reflective objects as well as coordinated light and sound effects to create a space designed to elicit a state of altered consciousness similar to a hypnotic trance. Smoking Mirror thus explores the connection between mental activity and the cognitive awareness of one’s own body in space. 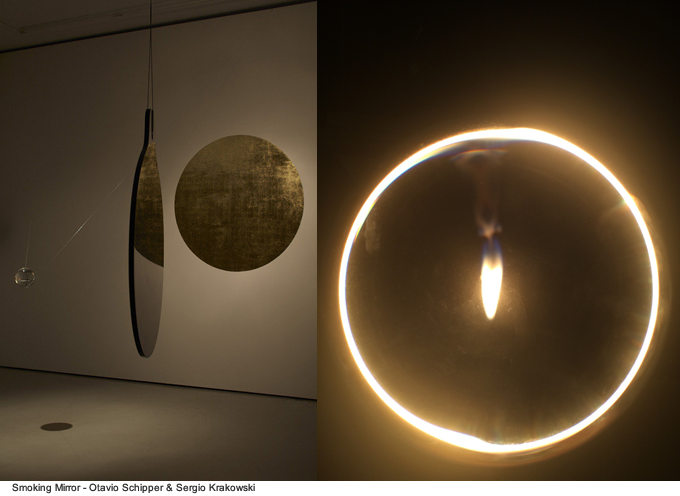 It features, among other elements, a so-called “black mirror,” modeled on the Aztec (Mexico) obsidian mirror. As a cult object, this mirror played an important role in the history of Mexico: Tezcatlipoca, or “Smoking Mirror,” was the Aztec god of night and matter, and held major significance for rulers, warriors and sorcerers.

Smoking Mirror is part of the exhibition Mirror Images in Art and Medicine, curated by Alessandra Pace, which is on view at the Berlin Museum of Medical History at the Charité. It showcases artistic works as well as scientific experiments and objects that interrogate how we perceive our own body in space.

The mirror stands for the separation and connection between subject and object as well as between the worlds of the physical and the virtual. Neuroscientists describe the moment when we look into the mirror as disembodiment—the thought process in which we transcend our physical borders and project our physiognomy onto an external body. Typically, the canvas of a painting, the surface of a photograph or a cinematic screen are visually perceived as the metaphorical border spaces, a mirror or window leading to an expanded dimension.

In the field of medicine, meanwhile, mirrors and optical illusions can be used for therapeutic purposes. There are neural processes that underlie the ability to imitate someone, the so-called “mirror neurons.” These neurons are active when performing a motor action, but are also activated by simply observing others carrying out the same action. This ability to imitate others is not only thought to be a valuable and often used mechanism for motor learning, but also the foundation for the development of empathy. If we can mirror it, we can feel it. 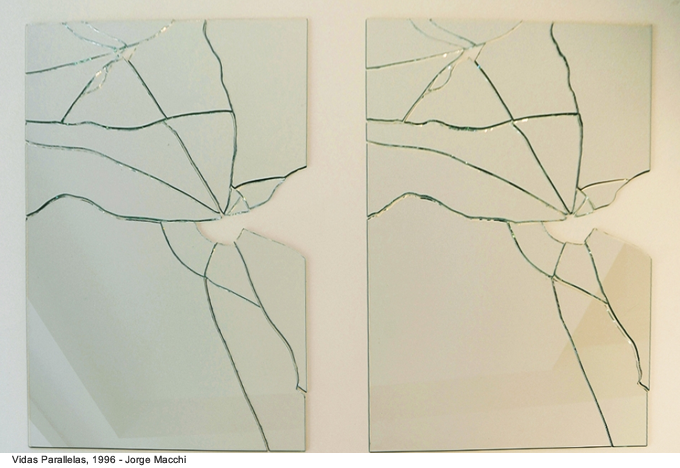 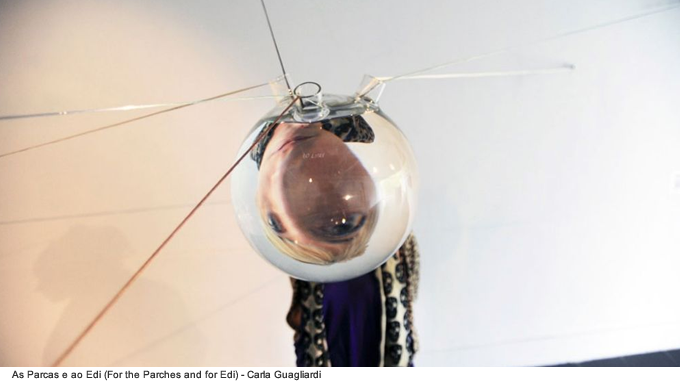 Reflections and mirror images, doppelgängers and twins, symmetry, reversals and unified opposites, virtual reality and the infinite: all these qualities are ascribed to mirrors—and are addressed by the artists and neuroscientists featured in these exhibitions.