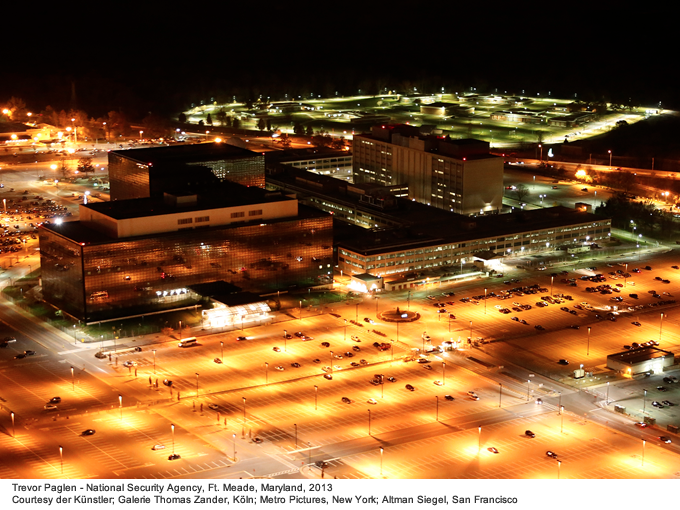 The truth is: Industrial capitalism is transforming itself into digital capitalism. That changes things. [1] The world is ruled by the binary code. The upheaval in the fields of information and communications technology revolutionized the business world and society. [2] What does it mean to be an individual in the information society?

An information society is always also a surveillance society. It is not the information that yields the surveillance, the surveillance yields the information: As so­on as human utterances and emotions become quantifiable, they are recorded in order to optimise somewhere something economic, bureaucratic or ideological. [3] Since Edward Snowden uncovered the widespread surveillance carried out the American National Security Agency at the latest, the post-privacy thinker is certain of one thing: The private sphere is dead, the NSA solely made it official. [4] Powerful computers sometimes know more about us than we do. The storage capability of these systems increases every year, consistently, by orders of magnitude. It’s getting to the point where you don’t have to have done anything wrong, you just eventually have to fall under suspicion from somebody, even if it’s by a wrong call, and then they can use the system to go back in time and scrutinize every decision you’ve ever made, every friend you’ve ever discussed something with, and attack you on that basis to sort of derive suspicion from an innocent life and paint anyone in the context of a wrong-doer. [5]

Three letters, most experts are agreed, will play a decisive role in the future of modern warfare: NCW for Network Centric Warfare. Behind this designation lie networks that link military units to each other and to their commanders—thus offering them the possibility of rapid, flexible and asymmetrical warfare. The goal has been unambiguously formulated: the attainment of information superiority over the enemy. [6] As a piece of business jargon, and even more so as an invocation of coming disruption, the term Big Data has quickly grown tiresome. But there is no denying the vast increase in the range and depth of information that’s routinely captured about how we behave, and the new kinds of analysis that this enables. 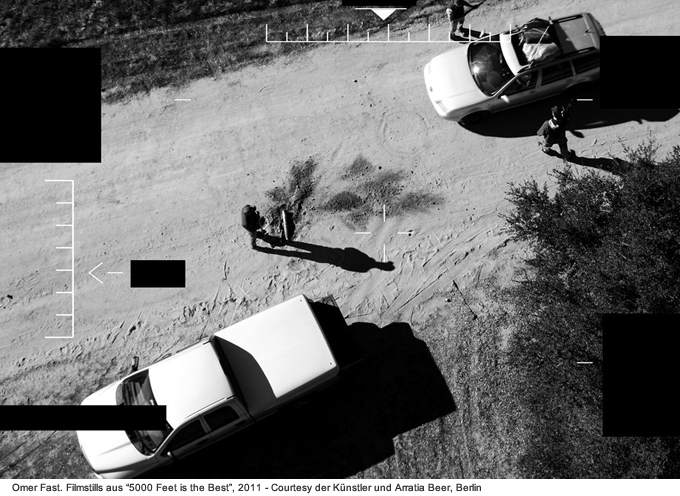 By one estimate, more than 98 percent of the world’s information is now stored digitally, and the volume of that data has quadrupled since 2007. Ordinary people at work and at home generate much of this data, by sending e-mails, browsing the Internet, using social media, working on crowd-sourced projects, and more—and in doing so they have unwittingly helped launch a grand new societal project. We are in the midst of a great infrastructure project that in some ways rivals those of the past, from Roman aqueducts to the Enlightenment’s Encyclopédie. [7] The digital reflection of today’s person is fragmented in­to hundreds of individual parts. [8] Knowledge on the Internet is dynamic. It is fleeting. It is volatile. It changes its shape every day. We know little about its sources, the interests standing behind it and its reliability. [9]

The Smart New World exhibition focuses on digitalization – the dissolution and transformation of analogue information into digital codes for the purpose of storing and processing them – and the radically fundamental changes it has brought about on society. The invited artists not only find inspiration for their pictorial worlds in the rapid developments taking place in the field of digital technology, but they above all also reflect upon their cultural, social, and political dimensions.

Their diverse pieces like­wise deal perceptively, critically, and humorously with the possibilities, visions and also dangers of digitalization. In the process, they examine the effects of economic and state censorship, which constitute an attack on democratic knowledge production and the private sphere of each and every individual, as well as the impact of the Internet on our structures of thinking and knowing. All of the works in the exhibition have an investigative potential in common. 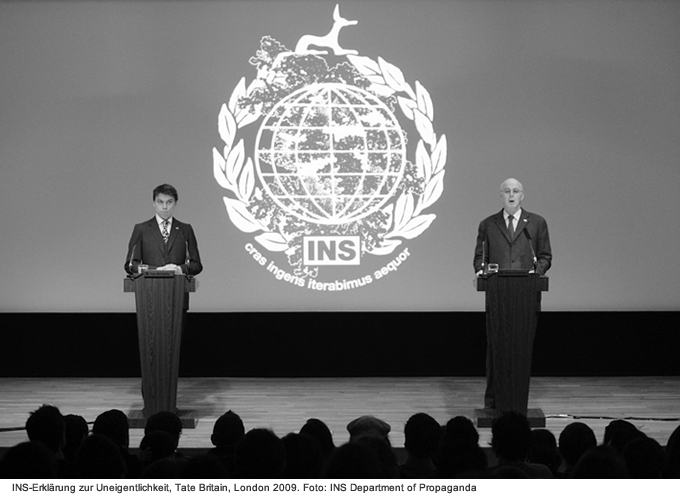 The International Necronautical Society (INS), a neo-avantgarde, stringently hierarchically organized network of artists, writers and philosophers, has developed a complex admission procedure for the exhibition. Every visitor must sign a consumer contract on the basis of the INS’s philosophical doctrine. Signing this declaration, which is based on the conditions of present day digital capitalism, is absolutely required in order to visit the exhibition.

Christoph Faulhaber’s filmic artist biography tells among other things about his uncomfortable and provocative performances with which he demonstrates the mechanics of state-run surveillance apparatuses while it was the artist duo Korpys/Löffler themselves, who employed intelligence gathering methods in conjunction with their observation and documentation of the German Intelligence Service’s new Berlin headquarters.

The films of Omer Fast and Santiago Sierra take very different but equally effective approaches in examining the digitally controlled drone missions that have come to play a defining role in modern warfare. The largely unknown and invisible and yet huge and physically tangible components of the American military and intelligence services such as buildings and satellites are at the heart of Trevor Paglen’s comprehensively researched works.

Laura Poitras, who along with Glenn Green­wald was the first person to have had access to the global surveillance and espionage documents made available by Edward Snowden, combines film material documenting the construction of the NSA surveillance warehouse in Bluffdale, Utah over the course of several years. For his part, the writer Kenneth Goldsmith with the project Printing out the Internet (http://printingtheinternet.tumblr.com/) takes the utopian potential of the Internet seriously and is active on behalf of freedom of information and educational equality by declaring privatized information to be public property. At the same time he calls attention to the sheer inexhaustible flood of digital data that is virtually impossible to get under control. 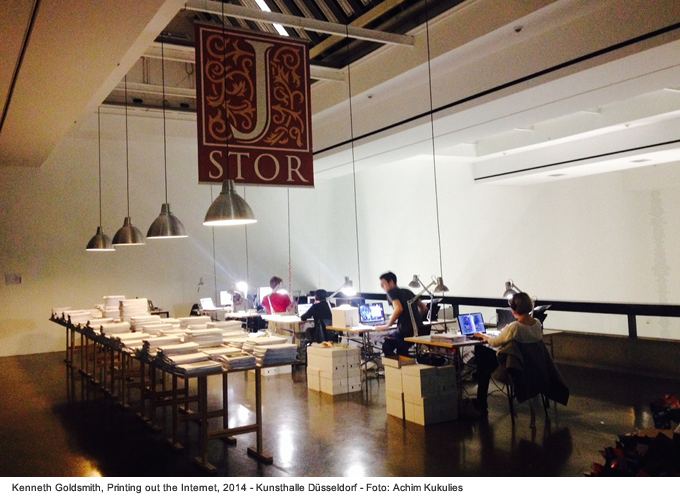 The artist Taryn Simon in turn subjects the flood of Internet images to a conceptual intervention which clearly shows that search engines are never “neutral” and that they determine our imagination to a considerable extent.

Aleksandra Domanovi like­wise reveals how the keyword-based acquisition of knowledge influences our thought and perception, and in a performance accompanying the exhibition Xavier Cha translates the often compulsive use of digital media into a choreography.

Tabor Robak presents advertising’s seductive strategies by means of the possibilities of digital imaging. Simon Denny, finally, turns hardware into sculpture in his contribution to the exhibition, broaching the theme of the significance of technical development, communications and interface. His massive block of squashed television sets and analogue television images on printed canvases create a link both visually and contentually to the expansive black box in the entrance area in which the INS archives the visitors’ signatures it collected: This black box is part of a system that only makes communications and the transfer of information possible via the interface, without making the internal processes visible.