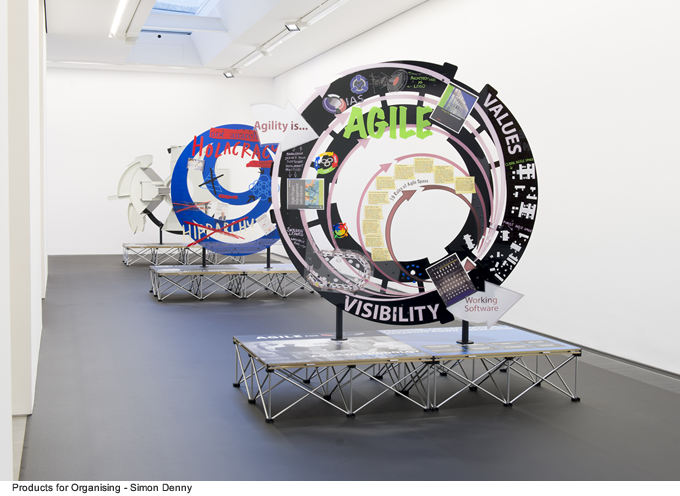 The Serpentine presents the work of Simon Denny, an artist who works with sculptural installations that include print, graphics, moving images and texts. The first solo show of Denny’s work in London, Products for Organising, is developed in response to the Serpentine Sackler Gallery and will feature new installations that revolve around contemporary radical management practices and the historical hacker organisational forms that may have inspired them.

Simon Denny (born 1982 in Auckland, New Zealand) has risen to critical acclaim with his work New Management (2014) and most recently with the installation Secret Power (2015), New Zealand’s pavilion for the 56th Venice Biennale.

Denny is one of the leading figures of a generation of artists who employ content from the tech industry, the language of advertising and the aesthetics and ideologies of corporations or government bodies to scrutinise technology’s role in shaping global culture. 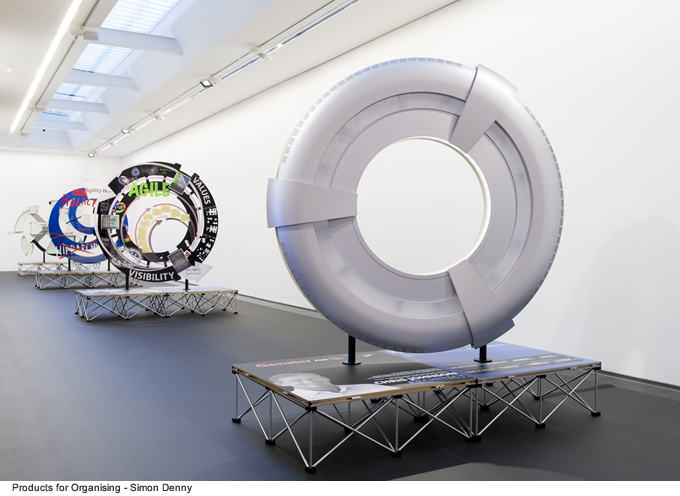 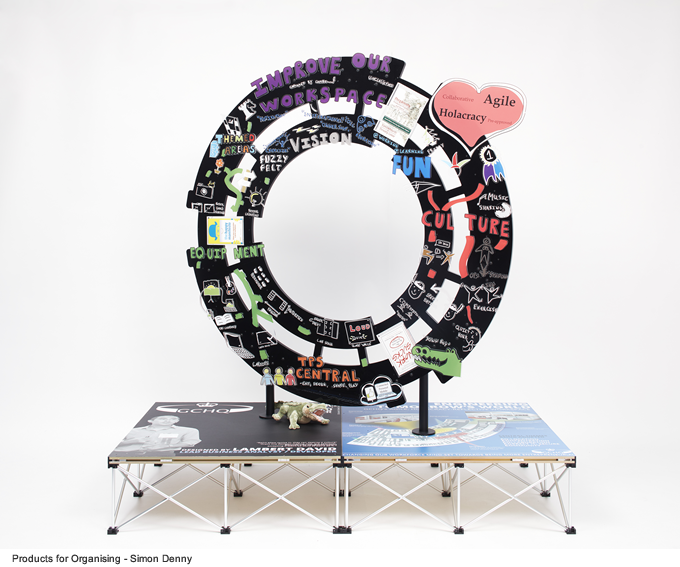 With the precision of an investigative journalist, Denny’s complex and layered installations translate the often problematic histories and events associated with management and governance into visual form. His work challenges numerous themes which are rooted in modern society’s globalised cultures of technology, consumerism, organisation and the dissemination of information.

Products for Organising features entirely new work. The exhibition divides the Gallery into two sections labelled Products for Emergent Organisations and Products for Formalised Organisations. In the former, presented on the left side of the Gallery, a series of vitrines showcased within a scaffolding structure display information and materials mapping organisational logic used by today’s computer-hacker communities.

The narrative that emerges through this installation presents a timeline of events selected from the history of hacking. This is illustrated through a combination of technological objects such as computers and everyday items including T-shirts and magazines. 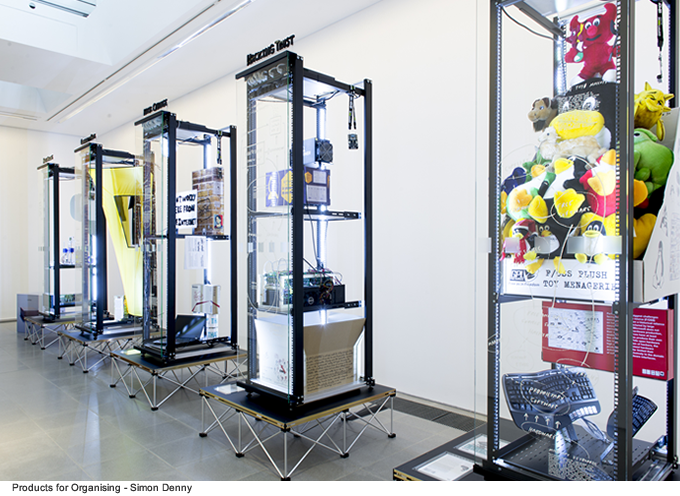 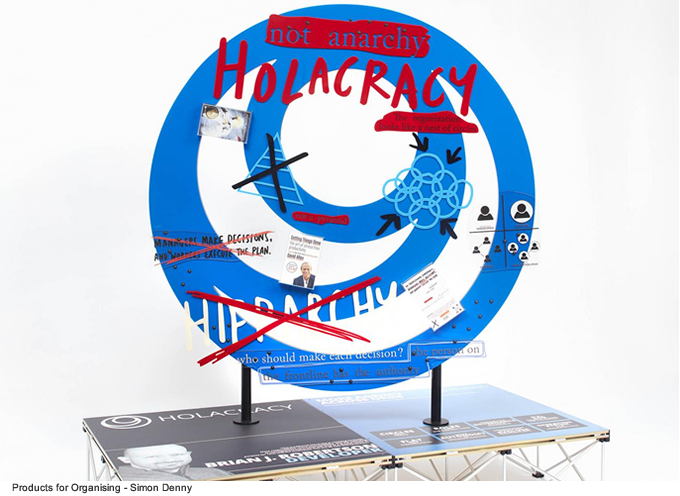 In Products for Formalised Organisations, Denny creates a new series of artworks that use, as case studies, commercial tech companies such as Zappos and Apple, alongside the Government Communications Headquarters (GCHQ) – the British intelligence and security organisation. These sculptures, inspired by the circular floor plans of the three organisations’ iconic headquarters, shed light on the similar managerial models used within these structures.

The exhibition makes visible the ways in which different models can result in equally effective organisational strategies, scrutinising their impact on daily life.