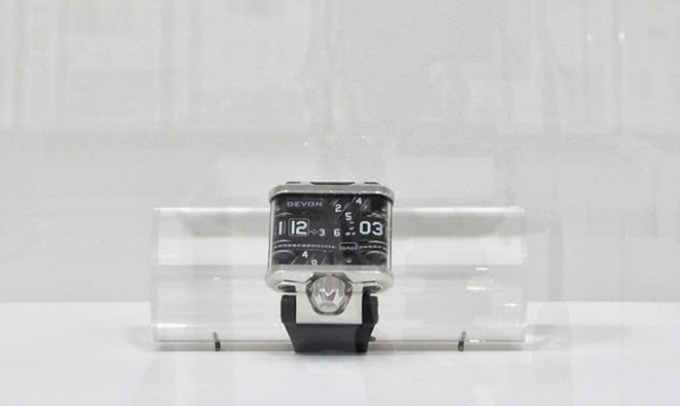 Taking over all three floors of the Adam Art Gallery, Zealand-born, Berlin-based artist Simon Denny’s exhibition rematerialises the entire inventory of confiscated items taken by New Zealand police (acting for the FBI) during a dramatic raid on the home of German internet entrepreneur, Kim Dotcom, who is currently facing extradition to the US for charges of copyright infringement, money laundering, and racketeering relating to his now-defunct file-sharing platform, Megaupload.

Consisting of 110 stretched canvases featuring Denny’s graphic representations, conceived in conversation with David Bennewith, of the seized goods, together with a host of objects assembled to stand in for the millionaire’s possessions, this exhibition exemplifies the artist’s critical and creative responses to the contested space of the media-sphere, which has for some time been the object of his attention. Denny’s exhibition entails a dynamic slippage between information, images, and objects.

His aim is to see what happens when the logic that functions on the internet is sourced and applied to exhibition making and thus to complicate too-easy distinctions between image and function, original and copy. In focusing on Dotcom’s case, which perfectly bridges these domains, he also sets out to question the nature of property, seeking to engage what he calls, “the most important legal discussions of the moment”, which concern the testy relationships between intellectual property and creative copyright, consumer products and consumers’ rights, access to information and the individual’s right to privacy. 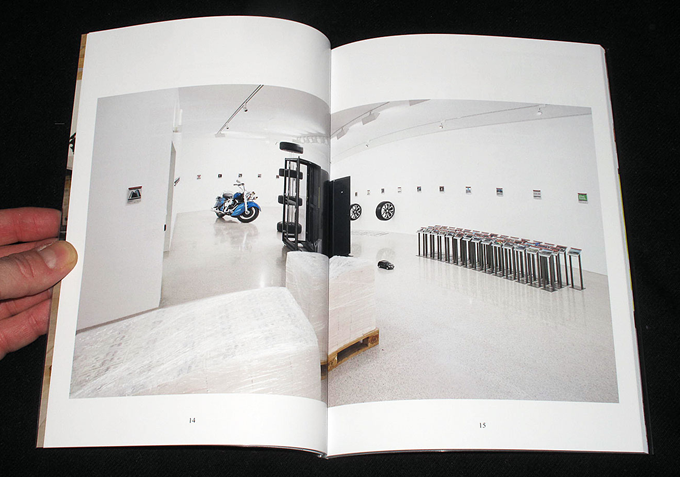 The Personal Effects of Kim Dotcom was first presented at Museum moderner Kunst Shiftung Ludwig Wien (mumok) in Vienna, Austria in July 2013. It was recreated at Firstsite in Colchester, England, in March 2014.

The exhibition is acompanied by a fully illustrated catalogue with essays by Matthias Michalka, Christian Höller, and Jasmine McNealy, with an interview by Laura Preston and Simon Denny. Simon Denny. The Personal Effects of Kim Dotcom, ed. Matthias Michalka, (mumok & Walther König, Vienna and Cologne, 2013. ISBN 978-3-86335-411-4) is available for purchase at the Adam Art Gallery.

Simon Denny was born in Auckland, New Zealand. He studied at Elam School of Fine Arts, University of Auckland (2001-5) and Meisterschule, Städelschule, Frankfurt am Main (2007-9). His works have been extensively shown in group and solo exhibitions at prestigious museums, galleries, biennales, and art fairs in Europe, the US, Australia, and New Zealand. Amongst other achievements, in 2012 he was awarded the Baloise Art Prize at Art Statements, Art Basel 43, and he has been selected to represent New Zealand at the 56th Venice Biennale in 2015. Denny lives and works in Berlin, Germany. He is represented by Galerie Buchholz, Cologne; Petzel Gallery, New York; and Michael Lett, Auckland.