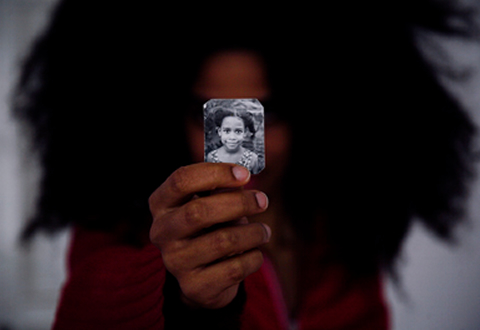 Born in 1935, the Swiss pioneer of electronic music, Bruno Spoerri – special guest at Shift 2010 – has since the 1960s consistently exploited the latest in media technology to compose and perform music and thereby created hundreds of jingles, advertising clips and film scores. Today his music is being rediscovered and made newly accessible, thanks to Andy Votel’s Finders Keepers label, for example, which specializes in this type of re-release.

It was via ads, soundtracks and jingles that electronic music first reached a wider audience, beyond the inner circle of academic aficionados. The new sound stood for progress and technical precision, for the future or the weird and strange. It offered a formative undercurrent, a foretaste of what lay in store, prior to the triumphant rise of electronic Pop and dance music. Heard retrospectively, Spoerri’s ad campaign scores invite you to lend them a keener pair of ears, to re-contextualise them as a source of sofa or dance-floor entertainment – a reinterpretation often tinged by a vague sense of nostalgia. In a new setting, futuristic music from the past becomes resolutely contemporary.

Media technologies alter our view of cultural production in bygone days. People often speak nowadays of an ‘overwhelming flood’ of images or of data. This bubbling whirlpool of information brings to the surface things long believed forgotten, triggers reminiscence and allows us in part, to compose new, fleeting histories and rearrange our memory banks.

For this year’s edition of the Shift Festival, the focus is on independent views of the past, on the meandering histories of all that scrapes by, obscure and obsolete, on the margins of the allegedly linear history of events. 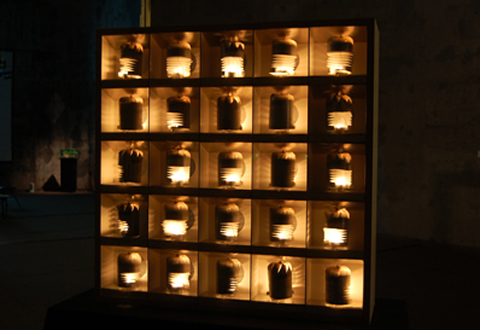 In addition to modern reinterpretations of Bruno Spoerri’s work, subcultures such as the 8-bit scene devoted to the visual and musical idioms of early computer games, or record collectors and DJs’ unabated treasure hunts among dusty piles of mass-produced vinyl also deserve a mention, for these too continue to forge bridges between different eras, locations and cultures.

Artists such as Deimantas Narkevičius pursue a strategic approach to historical discourse, beginning their line of enquiry by examining media technologies’ potential to convey history. The constructed nature of history is questioned by playing with the permeable border between fact and fiction and re-editing historical material. Lithuanian artist Deimantas Narkevičius for example, re-edits clips from TV news broadcasts on the end of real (state) socialism in such a way as to suggest that statues of Lenin are being not dismantled but assembled. Products of media technology are thus transformed: a document that supposedly bears witness to authentic history here becomes material from which new histories can be constructed.

Our era is shaped to a large degree by the use of media technology – and this has an impact on how we relate to the past as well as on how history is constructed. Given that this is so, the Festival exhibition assembles international artistic positions that combine appraisals of the past and of the current digital age in various ways.

The main points of interest are the relationship between human memory and data recorded by electronic means – which are mostly irrevocably intertwined nowadays – and the question as to how history is constructed and communicated by media technology. This further gives rise to questions regarding the nature of historical fictions, the influence of previous visions of the future and, finally, artistic research into the potential of obsolete, outdated technology combined with the emancipatory potential of creative DIY (do-it-yourself). Curated by Raffael Dörig. 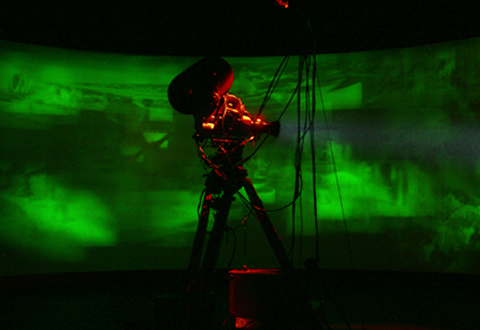 Lost realities, rediscovered archives and reconstructed perceptions, under circumstances informed by the latest media developments – this and more besides is what Shift’s film, video and lecture programme holds in store. In cooperation with Ute Holl, Professor of Media Studies at the University of Basel, Shift has invited curators, researchers, artists and scientists to present their personal take on the history and future of media, in the form of lectures and screenings. How the media use motion pictures to document, preserve, communicate and modify the past, how the media shape and disseminate history and direct our gaze, and the various ways in which newer media organise access to cultural memories will be examined in a broad range of productions, in an in-depth yet entertaining way. Personal tastes and leaps in time that bring unexpected bedfellows to light are the mainspring in each and every case. Compiled and chaired by: Katharina Dunst & Ute Holl.

Computer games do not merely reflect the history of the computer per se, but have also contributed in their own very particular way to development of the personal computer. The Computer Museum at Bäumlihof Grammar School Basel has focused since its inception on collecting and maintaining devices and consoles for computer games. One of its ruling principles is that it must be possible to play at least one game on each of its computers. In the Retro Game Lounge, visitors old and young have a chance to experience once again the forgotten flair of outdated computer games. They can delve into the past by playing games on original equipment from Nintendo, Atari and Commodore, to name but a few, or by checking out copies of the oldest computer games – the so called Arcade Games – which are now available for modern PCs.