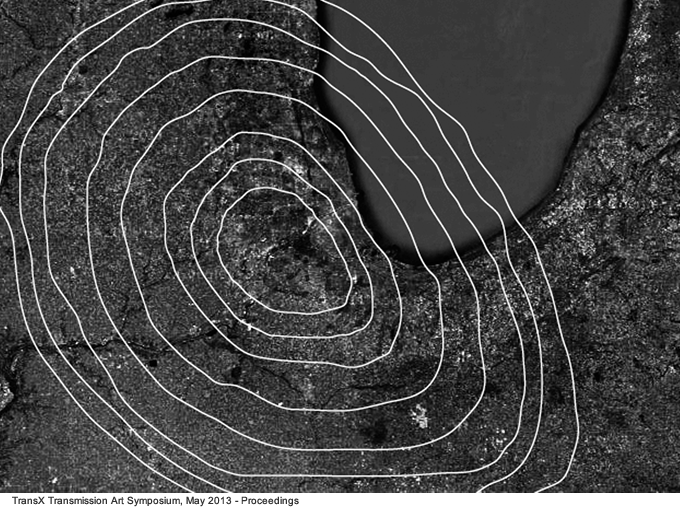 In recent years we have seen a growing number of artists making Sound art works, that is a very interesting trend for many reasons: first of all, these projects often require a collective enjoyment and then, to quote Walter Benjamin, because of this they possess an aura of uniqueness that, in an age like ours in which visual art works frequently come to be part of the flow of materials that the public enjoys everyday on the Internet, it is substantially difficult to find in other kinds of artistic researches.

One of the organizations dealing with these issues, that for more than a decade is trying to create a dialogue between this interesting art scene and the general public, is New Adventures in Sound Art (NAISA), a non-profit organization based in Toronto. Initially founded by Darren Copeland in November 1998, the organization was originally called “New Adventures in Sound” and from 1998 to 2001 it revolved around Sound Travels presentations, which took the form of international residencies and performances along with other events taking place in Toronto.

NAISA tries to foster awareness and understanding in the cultural vitality of experimental sound art in its myriad forms of expression, through the exploration of new sound technologies in conjunction with the creation of cultural events and artifacts.

I interviewed Nadene Thériault-Copeland and Darren Copeland, Executive Director and Artistic Director of NAISA, about the organization, its core mission and what are they working on these months. 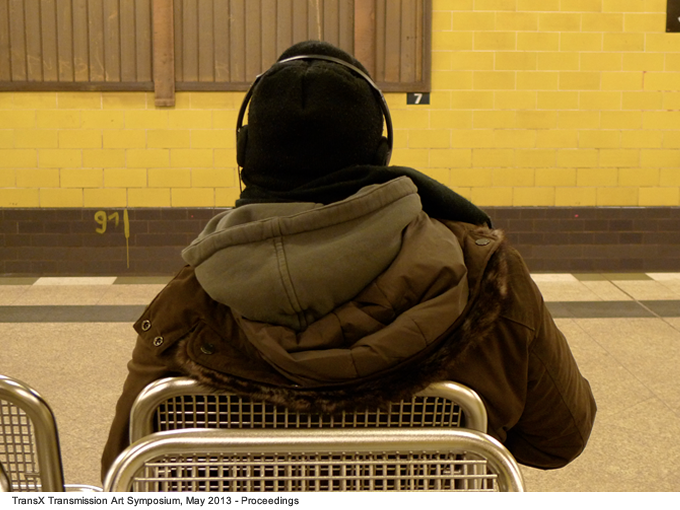 Filippo Lorenzin: NAISA was started in 2001 in Toronto and has become an important avenue for sound art studies over the years. Why and how did it start there at that time?

Nadene Thériault-Copeland: Actually the organization was founded as New Adventures in Sound in November 1998 by its current Artistic Director Darren Copeland and later became a non-profit organization in March 2001 under the revised name New Adventures in Sound Art (NAISA). From 1998 to 2001 there were national and international residency partnerships with the Banff Centre, Western Front, Logos Foundation, Danish Institute for Electroacoustic Music, and others, which defined the early incarnation of the organization The original impetus at that time was to introduce artists to multichannel spatialization and through these residencies, we were able to develop a repertoire of works that could be presented in different cities.

Then in 2001 the organization became incorporated as a not-for-profit organization under the name New Adventures in Sound Art with year round programming in Toronto. The focus shifted to developing a community for sound art in Toronto stimulated by contact with artists from other parts of Canada and the world. NAISA is Toronto’s only year-round presenter of sound art, presenting performances and installations spanning the entire spectrum of electroacoustic and experimental sound art. NAISA also offers the opportunity to educate artists and audiences both locally and abroad through its workshops, lectures, and demonstrations that teach a new perception of sound. This has led to a substantial increase in sound art creation in Toronto.

NAISA’s mandate is to foster awareness and understanding locally, as well as nationally and internationally, in the cultural vitality of experimental sound art in its myriad forms of expression. This is achieved through the exploration of new sound technologies in conjunction with the creation of cultural events and artifacts. 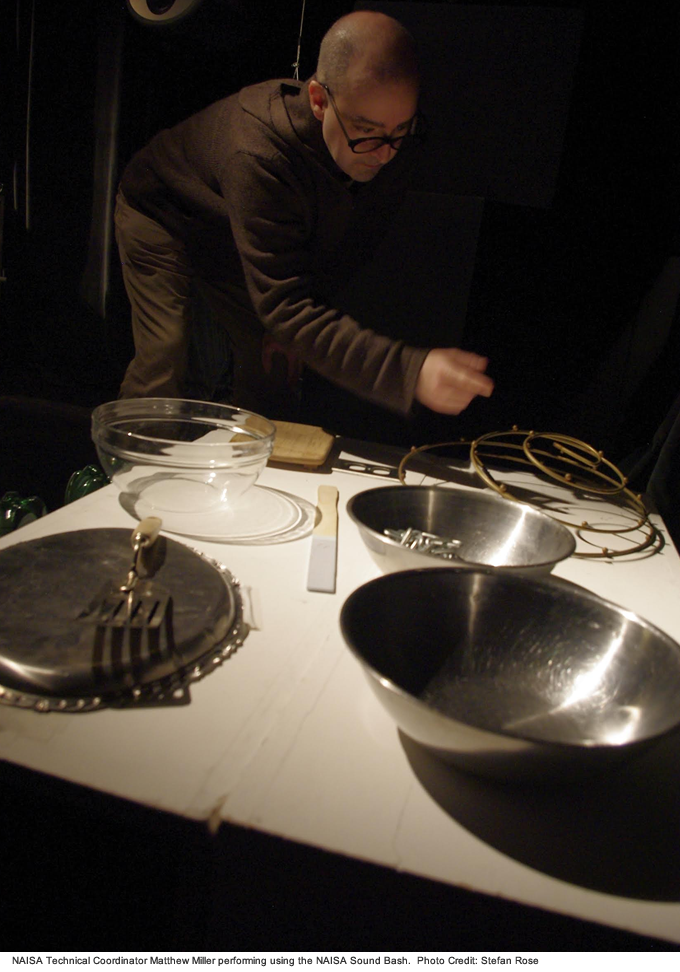 Filippo Lorenzin: Sound art is one of those topics which can be addressed in many ways. It can be studied as a really specific issue with its own characteristics or as a general question relating many other art (and cultural) problems. What are your approaches toward this topic?

Nadene Thériault-Copeland: At NAISA, we welcome the idea that sound can be approached artistically from an interdisciplinary perspective. NAISA’s events each place a focus on different aspects of sound art and media art creation in order to showcase the full spectrum of activity currently taking place in these fields. Together this makes for very comprehensive and inclusive experimental sound and media art programming. Through this commitment to comprehensiveness the organization continues to present and commission many new works that shape and dictate emerging artistic trends.

Filippo Lorenzin: Your schedule is often really busy and you develop many annual events, like Deep Wireless Festival of Radio and Transmission Art in May, the NAISA Sound Bash in March and Sound Travels Festival of Sound Art during the Summer. I’m really curious about the making of these initiatives: is there any core purpose behind them? What is the usual response of the audience?

Nadene Thériault-Copeland: Our approach to programming is to be as comprehensive as possible and find many entry points for audiences and artists to consider sound in new ways. Therefore we run different series that each have different focal points in order to balance the need for a single event to have a cohesive identity while allowing for us to still be comprehensive.

Our four main events are as follows: Sound Travels focuses on electroacoustic sound art and installation art and also often includes works that are presented outdoors as well as indoors (http://naisa.ca/festivals/sound-travels/), often including soundscape works and/or workshops and demonstrations that address the theme of acoustic ecology. Sound Travels has also included the Toronto International Electroacoustic Symposium (TIES) within the festival for the past eight years with partners – the Canadian Electroacoustic Community (CEC) and the Canadian Music Centre (CMC) – which showcases new works and the latest research into electroacoustic sound art. 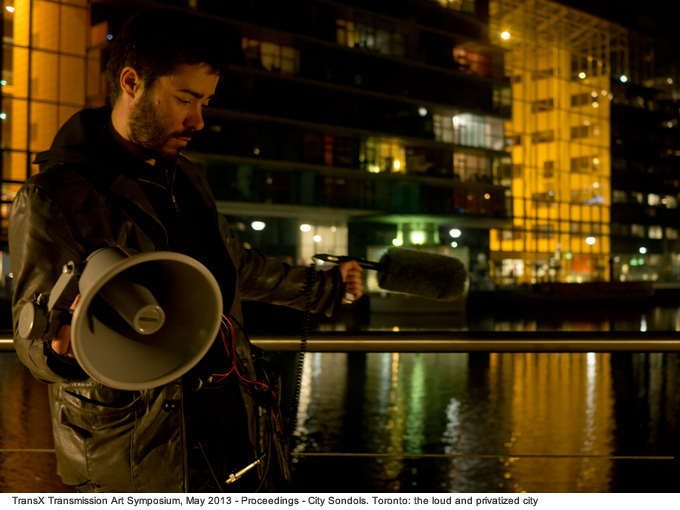 The impetus behind Deep Wireless was to promote, create, and educate audiences and artists about radio art and transmission art in its various forms (http://naisa.ca/festivals/deep-wireless/). It is distinguished for its exploration of the creative possibilities of wireless transmission, which could mean the exploration of anything from FM to WIFI. Deep Wireless has also included as part of its programming the TransX Transmission Art Symposium to further explore research in this area for the past three years (and previous to that the Radio Without Boundaries Conference for nine years).

The NAISA Sound Bash is a series that began with NAISA’s 10th anniversary in March 2011 (http://naisa.ca/festivals/sound-bash/), and includes an installation created from everyday found objects selected for the interesting sound they make when struck or played. We open up the installation to artists to perform on as well as use it as the basis for educational sound art activities for children of all ages.

NAISA’s SOUNDplay series was launched in November 2002 (http://naisa.ca/festivals/soundplayseries/) and was created in order to explore the integration of sound art practice with new media and other artistic disciplines. 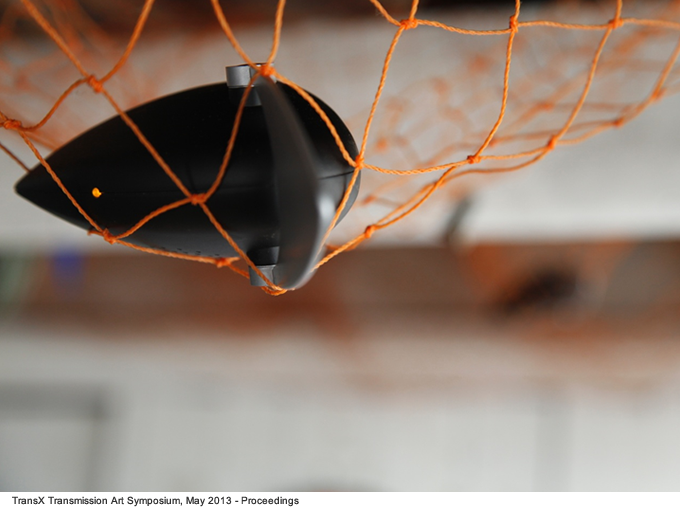 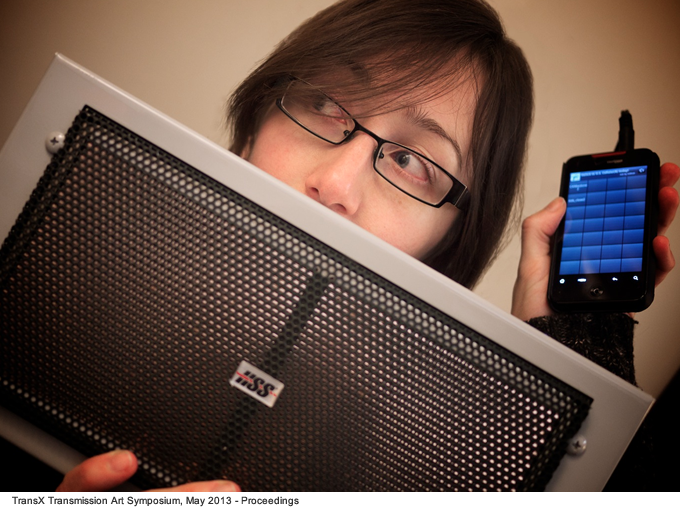 Filippo Lorenzin: I’m especially fascinated by the main topic at the centre of Deep Wireless Festival of Radio and Transmission Art. What importance has the study of these issues in an era like ours, in which transmission is really common in everyday life?

Nadene Thériault-Copeland: The festival started off dealing just with artwork that uses radio airwaves, but as the internet and mobile computing have facilitated many new communication technologies, the frequency spectrum for wireless artistic expression has expanded considerably. Not only that but new ways of interacting with artwork have opened up, that challenge the conventions for presenting installations, performances and especially broadcasts.

For example, NAISA Radio began as an initiative within Deep Wireless – to disseminate radio art – first using a transmitter for a one-month period and now operating online 24/7 365 days per year (http://naisa.ca/naisa-radio/). Many artists have used NAISA Radio to facilitate networked performances as well as performance art initiatives and NAISA regularly streams its events online as well as program curated series’ and archived performances.

Filippo Lorenzin: NAISA is a constantly changing project with a clear main mission: what are your plans for the future?

Nadene Thériault-Copeland: Over the next year we will be revisiting some of our earlier roots by touring and facilitating residencies and performances in the UK, Germany and across Canada. We are also offering a new series on NAISA Radio called Cross Waves that includes radio programs available online that are curated by artists from across Canada. This deepens the comprehensibility of our programming by allowing for voices to be heard that may not have been heard previously in our programming. 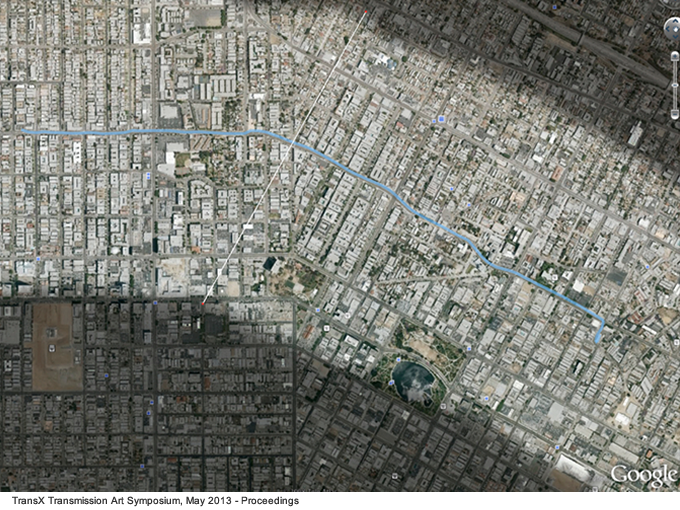