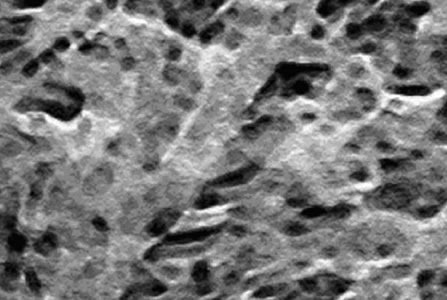 The increasing number of new technical and social possibilities to produce and distribute visual material – from YouTube, Flickr to other virtual spaces – demonstrates more and more the demand for strengthening visual competencies. On that basis the credo of the conference Gazing into the 21st Century, which brought together American experts on image science like Felice Frankel, Barbara Stafford or Michael Naimark with German representatives like Marie-Luise Angerer, Oliver Grau or Nikolaj van der Meulen et al., was dedicated to the inventory, classification and historiography of the latest worlds of images in the domains of publicity, art, entertainment and science.

Nowadays individual worlds of images form the background of PCs and cell phones; TV transforms to the global field of zapping of thousands partly even interactive channels; several hundred thousand new videos are published online every day in video communities; in interactive three-dimensional worlds of images a virtual and seemingly authentic parallel universe expands. In addition to entertainment also science and politics use the new dimensions of creating images and impact images.

New questions arise in this new context: which inspirations do current image worlds experience though art? Which influences does medium have over the iconic character of the image? Which chances and challenges arise for intermediators of images and museums because of the „liquidity” of the image? Additionally, democratic chances and risks are directly related to processes of transformation in publicity provoked new image worlds, chances which ask for sensitive handling and augmented projects of archiving.

Practices of collective writing, as they appear on the most famous hypertext Wikipedia, revolutionized within a decade the over centuries established status of author variability, style and aesthetical shape. The same developments were noticed by the journalist and photograph Stefan Heidenreich from Berlin in the world of the electronic image. YouTube and Flickr represent new forms of a collaborative visual process, obtaining more and more dominance. The transformations resulting in the fields of copyright, artistic institutions, popular culture and economy seem to be vague. The discussions led to the consensus that the possibilities for an increasing democratization of image policy exists more than ever, but that the increasing frankness of communication also needs more critical faculties and sensibility for the handling of visual material. Despite the alteration of the world of images in both professional and most private fields, the social reactions lag behind these developments.

Felice Frankel, representative of North American image science and founder of the Image and Meaning Initiative – against the background of image policy claimed for an intensification of the dialogue between natural sciences with image sciences, designers and artists with natural scientists, in order to make the power of images more visible in the representation of science. A lot of isualizations that respond to the intellectual canon of today´s societies, do not correspond to the contemporary state of research and thus communicate a wrong or dated image.

Oliver Grau, professor for image science at the Danube University Krems, also took on the question of image policy in the public place and pointed out main problems of current cultural policy. Media art, “the” contemporary art form, is still rarely collected by museums, not accepted in a suitable manner and nearly inaccessible for the non north-western public. Grau worries about the erasure of three decades of artistic work from the cultural memory. For the near future he recommends the establishment of an encyclopaedia of vissciences, like the Human Genome Project, it would relay the history of seeing and its relation to the evolution of image media. Jan Henselder from Berlin, dealt with the loss of contemporary material, too, and digitized biographical interviews about the national socialist and GDR past and preserves them for future generations. Règis Debray can add to the conversation, that beyond the communication via new technologies adequate social institutions are also necessary in order to guarantee the transfer of medial contents. 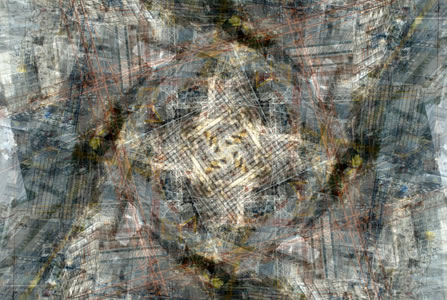 Another focus of the conference was the question about the finding of knowledge through technological procedures of visualization concerning natural sciences. So the medical scientists Dolores und David Steinman from Toronto University showed, resulting from their practical experience, that most of the images clinicians are confronted with are computer generated interpretations of patients´ records. Organic processes as well as the bloodstreams´ dynamics elude the human view, what makes computer aided imaging techniques indispensable for timely diagnosis and therapy. The challenge is the integration of scientific truth, aesthetic trends and established scientific-medical conventions. These days doctors primarily make decisions how the digitally measured values are to be displayed. This causes, like in many fields that are not trained in the handling of images and respectively whose training does not broach the issue of the phenomenon image, a naïve handling of new image forms. The discussion underlined the need for scientific image qualification in creating scientific knowledge influenced by technologica methods of visualization.

Nicolaj van der Meulen, image scientist and professor for art history at University Basel, claimed for an applied image research that should not only deal with the representation but also the generation of knowledge by use of visual concepts. A web based, digital medium for image-oriented research was presented in this context by Martin Warnke, head of the data center of Lueneburg University. „HyperImage“ fulfills the long wished for requirement not to treat visual forms semiotically. Observations on images may be marked, arranged, published and utilized scientifically without adding linguistic remarks. (www.hyperimage.org)

Already at the beginning of the international conference the American media artist Michael Naimark pointed out the image development of Google Earth: Despite the promises of virtual reality many applications emerging during the last years are, due to a lack of combination of photo-realistic and interactive features, not able to involve recipients in such a way that you can feel the illusion of the site. Harald Kraemer, university lecturer and media producer, noticed the need for improvement of the dramaturgy of web sites. The recipient should be integrated through a feeling of solidarity and empathy, which can be achieved through a holistic attempt of the symbiosis of content, navigation and design.

The rector of the Art College for Media in Cologne, Marie-Luise Angerer, integrated the advanced problem area with the title “The Affective and Emotional Addressing of Recipients of Digital Media.” The discussion about affective and emotional addressing finds a broad base what, interdisciplinary practised, should and could lead to an “affect policy”.

Barbara Stafford from the University of Chicago pointed out another aspect. The “Social – Memory – Hypothesis” sees a condition for the maintaining of social cohesion in the coordination of individual satisfaction of needs and inter-subjective behaviour. In order to clarify the workings of this, social synchronization“ she pleaded for an intensified relation to aspects of associative art in historic and recent worlds of images and drew a line from ancient hieroglyphs to hybrid collages.

Results of the conference can be seen that the main challenge for making use of the democratic chances presented by the image politics of our time is the further expansion of visual competencies on the part of recipients as well as producers of new image worlds and digital archiving projects. The dialog between artists, scholars from the humanities and natural sciences offers the necessary platform on which image competency may be further developed through new educational research and teaching tools in order to serve the needs of the general public. A publication about the conference results is in preparation and should be published in 2009. A continuation of the Goettweig image conference is planed for 2010.