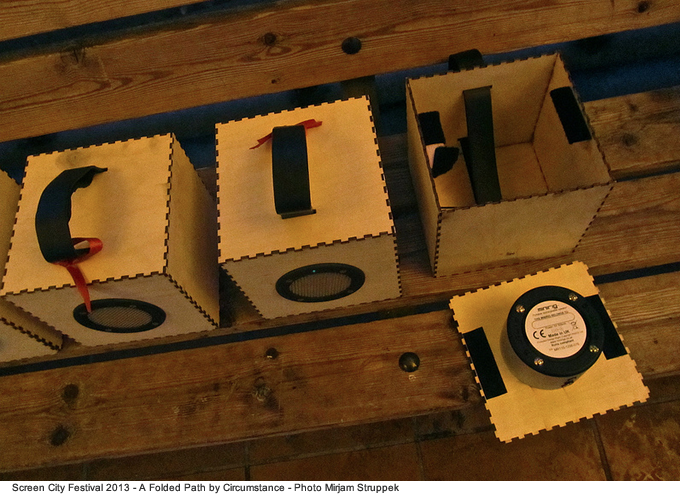 Stavanger, fourth city in Norway and capital of the country’s oil extraction, hosted the first edition of Screencity: Moving Image Festival on Shaping Public Space. Moving Cityscapes (from 25th to 27th October). The deep north is undoubtedly suited to the use of urban screens at night. Darkness abounds, so does the cold weather, but Norway’s sociality and cultural vitality defies rain and freezing cold alike. So, before a curious and heterogeneous audience the festival – directed by Daniela Arriado and curated by Mirjam Struppek – staged a series of works and reflexions on art, communication and technologies in the city’s public spaces.

A Folded Path started the dances, a truly powerful performance by Circumstance: a series of loudspeakers, installed in a train carriage, turned the short trip from Stavanger to Sandnes into a sort of cinematic journey, where music, with a material connotation (sounds recalling a train’s whistle and rattle) and dramatic tones (maybe with an intended reference to Grieg), accompanied the gaze of the traveller/spectator.

Once at Sandnes’s station we were invited to take two loudspeakers each and follow two leaders of the line around town. In single line, before the curious gazes of the citizens, we visited various sites, like a mall, the railway station, a parking lot. Our movements created the sound design, the soundtrack of a sort of unsettling “flanerie” both for the participants in the performance and for the audience. Now and then the two groups would see each other, meet and their sounds would merge. Circumstance’s work does not lie much in creating an urban imagery, but in rethinking the city as a possible film, developing a sound plot, rather than a chronicle. 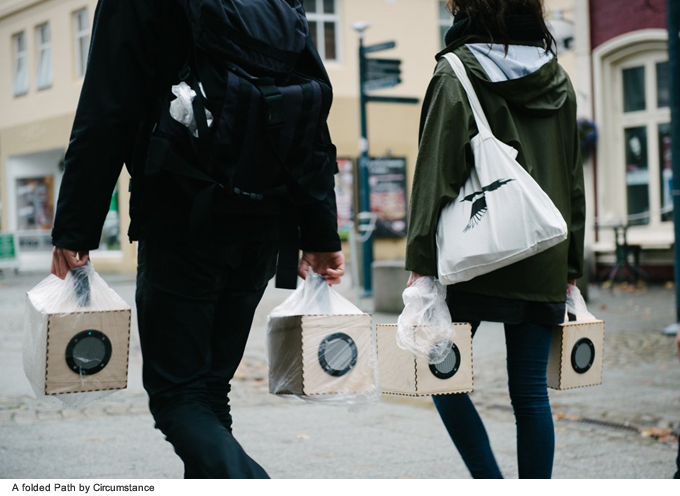 Bordos.ArtWorks’ (HU) work focuses on architecture in order to reinterpret it through images and sounds. The group re-elaborated Stavanger’s Cathedral with a extremely intense video-mapping: forsaking a sort of architectural mapping “vulgata” consisting of electronic sounds and “bombastic” effects, Bordos.ArtWorks opted for a new-fangled, poetic interpretation of architecture, focusing on the harmony between the pre-existing architectural structure and their intervention.

The show was set in the city: within the section Neighbourhood Projections – Reviving the City, the screens were placed on street windows, Pedersgata street and Nytorget. Each of the approximately ten screens displayed videos by artists from various countries (Alice Arnold, Dario Bardic, Chris Brandl, Jessica Koppe, Jayoke Arts…). The spectator’s activity became one with the urban stroll. Stavanger’s night was turned into a media path along a very important metropolitan artery connecting the city centre with the Tou Scene, a former factory, now turned into cultural centre.

In the nights of the festival the building, boasting a pure post-industrial aesthetics, hosted musicians and VJs. Among them Greg Pope (UK) and John Hegre (NO), whose performance, Trasparent_Stavanger, featured images of Stavanger’s, above all industrial, areas gradually turning into the pieces of an abstract mosaic, ceaselessly changing and reassembling to fast-paced electronic sounds. On the wake of the “urban symphonies”, the work by the two VJs emerged as an extremely thought-provoking and evocatively powerful sensorial journey. 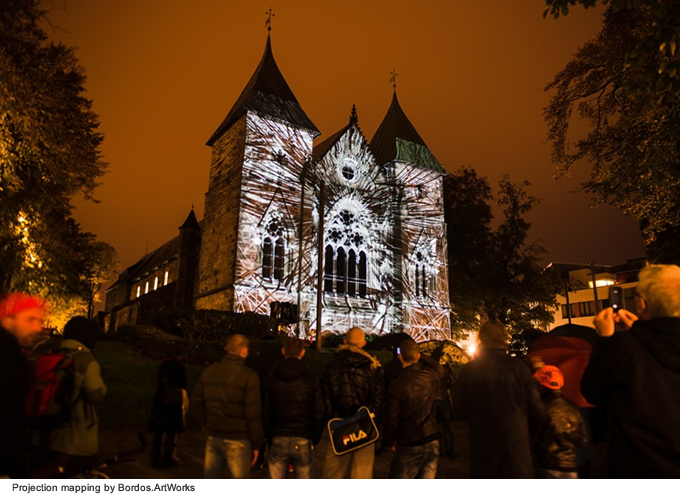 Worthy of mention – among the artist videos for public spaces – is also Nordic Outbreak, the retrospective on Northern European artists curated, within the Streaming Museum project, by scholar Tanya Toft and by director Daniela Arriado: a series of videos by artists coming from Iceland, Finland, Norway, Sweden and Denmark, including some truly powerful and evoking works in term of emotional impact, like Black Bullets by Jeannette Ehlers (DK) or Snowman by Antti Laitinen (FL). Jette Ellgaard’s West Coast is played on irony, dancing to the sound of Lady Gaga’s hits, a quadriglia dance with a Danish farmer, while the Icelander Magnus Sigurdarson with his 1001 Dreams of Occupation has crafted a one-man rally complete with billboards, screams and cheers.

Sandnes’ Kino Kino centre, that actively collaborated with the festival, hosted Animation Screening – Animating the City, installations on the media metropolis and the conference RethinkinUg the City (which I curated): a day completely devoted to the reflexion on urban screens, the informational city and creativity, during which new media theorists and sociologists like Simon Biggs, Ava Fatah, Mirjam Struppek, Tanya Toft alternated each other.

For a handful of days Screencity Festival has proposed a pristine gaze on the city, making use of technologies, media and creativity to compose different sceneries and generate alternative experiences in urban public spaces. Additionally it has suggested a reflexion on architecture and development plans, on communication (public and in public) and on the role that city-dwellers can play in living, thinking and rethinking the city. 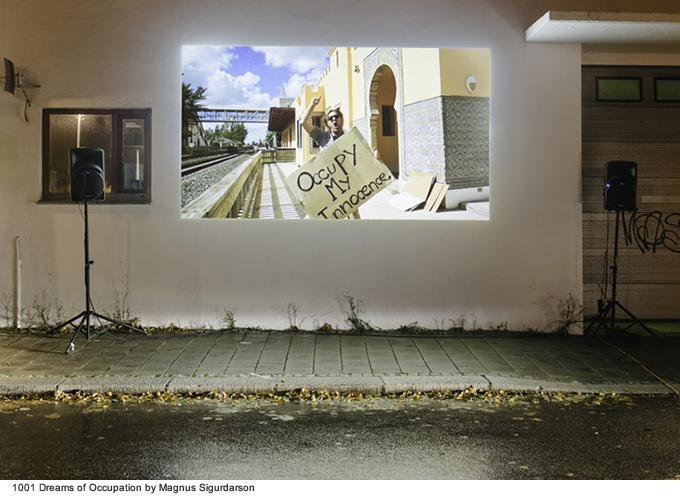 It all boils down to animating and reinterpreting cities according to a new-fangled, ground-breaking way of thinking, by designing a storytelling, for instance, creating common communication spaces in public places or tearing down the narrow walls of museums and galleries in order to colonize new spaces for art and creativity.

The article was translated from Italian to English by Emanuela Cassol